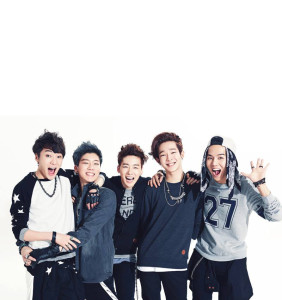 It appears that the pre-debut survival show for idols is here to stay with JYPE announcing the latest one, Sixteen, which is set to follow sixteen trainees vying for a spot in JYPE’s next girl group.

From the early days of Big Bang and BEAST to the more recent chronicles of WINNER, iKON and the upcoming Monsta X from Starship, survival shows may be the best mechanism to grow strong fanbases for new groups to distinguish themselves and start off strong at the actual debut.

This week’s question for our writers is: what are your thoughts on the idol survival show model? Have you watched any of those shows, and if so, what did you think of them? How are they possibly changing the way idol groups are formed?

Laverne: I’m torn when it comes to idol survival shows. On one hand, I find them cruel to parade trainees about and make their wins and losses very public. On the other hand, we know it’s happening behind closed doors anyways and it can sometimes be helpful to these trainees to build them a fanbase before they even debut. As much as I dislike them, I must admit that they are a smart move on behalf of the company and sometimes, the shows are entertaining.

I’ve only watched Who Is Next and found myself instantly invested in the trainees. The show definitely helped Winner and iKon build their fanbases, although I think that’s partly because they were from YG. Monsta X from Starship hasn’t received a tenth of the buzz that WIN did. I think JYP might be able to garner more interest but it’s hard to judge beforehand. But since I do love JYP groups, I’ll definitely be tuning into Sixteen. Anyone else interested in it? 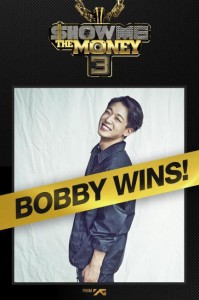 Gaya: I’m with Laverne in that the pre-debut exposure can help the trainees as well as the companies, but I personally stay the hell away from them.

I have this fear of becoming attached to someone who isn’t going to make it into the group. They might turn up in some other group later, but I honestly cannot be arsed holding a flame for them while that happens. Then there are the fanwars that happen because everyone is worried about the “survival” of their faves; I see enough of these fanwars as it is, without having to deal with new ones.

Not that I’m not fascinated by the process that goes into creating an idol group, but I don’t wish to invest time in watching these shows. I’ll just check out the finished product and judge that. The only thing I ask, if I did become a fan of such a group post-debut, is that I don’t feel left out because I wasn’t there since the beginning. I know people definitely don’t ostracise others for that, but I’m sometimes turned off by some (not all) instances where it’s implied that watching the survival show is necessary to fully understanding the group and its members, and that you can’t judge them until you’ve watched every single episode. No thanks!

Cjontai: I’m a competitive person myself, so I’m all for the cutthroat action. The entertainment industry is ruthless, and fans can be just as merciless in their comments after a group’s debut. It boggles my mind how anyone can get attached when you know from the beginning that not everyone will make it. Have fans become so soft that they’ve forgotten the definition of a competition? 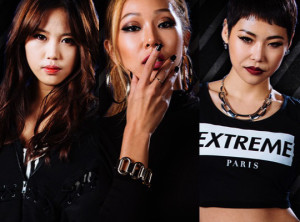 That’s why I loved Jessi on Unpretty Rapstar. She perfectly understood that only a few of them would make that compilation album in the end, and she was determined to be on it. She wasn’t going to sleep on that opportunity. I admire that take-no-prisoners attitude from contestants. It wasn’t called “Unpretty Best Friend,” so why were people mad at her? If she had been fake and played up the fan service, people would’ve been more turned off by her insincerity.

If anything, I’m more bothered by fans who allow the most basic of marketing tricks to influence their feelings. Boo hoo, some of them are away from their families or dropped out of school for their dreams — most idols have that same back story! I find it aggravating when fans act as if someone’s sob story is enough of a reason to give that person a chance at debut, even if that person falls apart during the competition. That’s just a competition, so how do you expect that person to handle a real debut if a challenge causes a meltdown? It’s more cruel to debut a weaker contestant knowing full well that person won’t be able to keep up with the group and get tons of hate for it.

Chelsea: I should start off by saying I’ve never successfully watched an idol survival show all the way through. I think one of the aspects of K-pop that I appreciate the most is that it’s pre-packaged — the groups and concepts are already tied together by the time of debut. I know that trainees go through a lot and that it’s a cut-throat environment, and maybe that’s why I prefer for the drama to stay behind the scenes. I agree with Laverne that there’s something almost more cruel about parading a batch of potential idols on television only to eliminate half of them. I can’t say I’m disappointed with the final products, like Winner and Vixx, but I don’t feel the need to see how they got there.

However, survivor shows are changing the game of group formation for the big companies (with the exception of SM Entertianment). YG stocked most of it’s next generation roster with Win, Mix & Match and K-Pop Star. JYP also has benefited from K-pop Star and is now trying out his own show on Mnet. It’s a pretty smart adaptation, as most of the groups or artists will already have an established fan base by the time of debut. While it doesn’t interest me personally, I can understand why idol survival shows are becoming the trend. 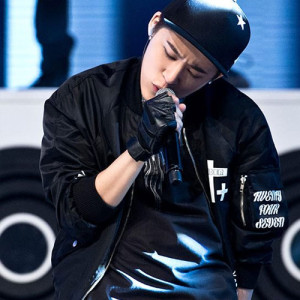 Lo: Honestly, I don’t see the appeal of these shows. It’s not that I don’t like competition, it’s that I just don’t have the “reality show” gene, no matter the concept. I did watch Win/Mix & Match, but that was purely for B.I.

That said, the idea of a female-centric survival show intrigues me. Like it or not– and I don’t, but neither do I live in a bubble–, women are not allowed by society to be competitive the same way men are. We are supposed to be quietly (and often falsely) humble, proving ourselves though skills without ‘resorting’ to full-out competitive mode, pride, or even acknowledging that we expect to win. Even on reality shows based around competition, women are expected to be nice and genial, not cut-throat, and being cut-throat is often treated as a personality problem that will cause them issues, either with other competitors or in the ‘real world’ of their field. I’m curious as to how these female trainees will manage to compete without alienating fans entirely.

I realize Unpretty Rapstar was a female-centric reality show, but compared to the ladies of Sixteen, the UR competitors had a huge advantage: the bitch image that tends to result from driven, cut-throat competition in women is as much a boon to female rappers as a detriment. Cjontai, your love of Jessi is a perfect example. Rap and bitch tend to mesh well. But idols, who are supposed to be sweet and likeable? I bet there will be one girl who is just as driven as Jessi, and she will be loathed by the audience, while the sweet but useless girl(s) are slam dunks. 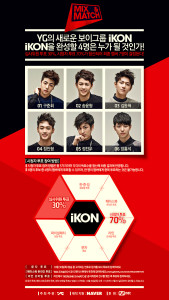 Hania: I’ve never been much of a reality show fan, and consequently, haven’t watched any idol survival shows beyond a few YouTube clips of specific performances on Show Me the Money that got a lot of hype. But seeing as this TV genre seems to have exploded in popularity lately, I may not be able to avoid it for much longer.

Idol survival shows seem to partly stem in reaction to the idea that idols are manufactured and unauthentic. To combat these notions, survival shows emphasize the struggle that idols go through, and their genuine passion for performance. Although these reality shows can seem sensationalist or aggressive at times, they’re hugely successful in drumming up hype for groups even before they’ve debuted. For this reason, I think they’ll be around for a long time, as they’ve put a spin on a popular TV show genre and made it riveting for some audiences to watch.

Gaya: You know, I feel like this is a sort of response to all the televised singing contests our there. We’re seeing people getting popular off these shows and translating that into sales when they release their own music. So, the companies cash in with their own shows.

There’s also the added advantage of the cast already being vetted, so there is less chance of taking in a finalist from some show, only to realise that the arrangement isn’t quite a good fit. Rather than taking a chance on someone who has little to no experience of the industry, wouldn’t be easier for the companies to stick with a trainee who has already adjusted to trainee life and is definitely sticking around? 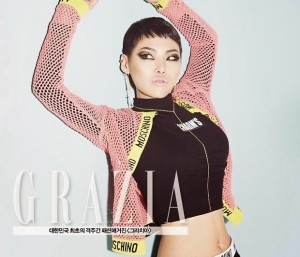 Andy: The closest I’ve gotten to watching something like an idol survival show is SMTM 3. They just aren’t my type of thing — I don’t even watch shows like American Idol in the US.

These shows are actually smart business. Just look at what happened with WINNER. Yes, they have the benefit of being under YG Entertainment, but W.I.N: Who is Next? was a major boost for the group. They gained an established fan base and a reputation even before they debuted. iKon will definitely be following suit, due to the large popularity of Team B and Bobby/B.I.

By having idol survival shows, companies boost exposure without having to wait till right before debut. That means rookies can come out of the gate running. They also show the public the harsh “reality” of becoming an idol, and expose the trainees to the harsh reality of being in the public eye. Not everyone gets to debut, and not everyone is going to have kind things to say when idols do debut. Idol survival shows are just a new part of the trainee system, for better or for worse.

Readers, how do you feel about the “survival” idol shows?