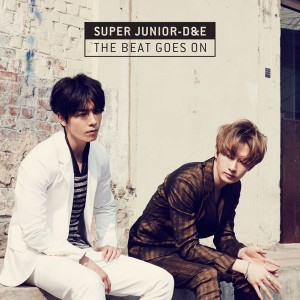 Four years after their debut with “Oppa, Oppa,” the Super Junior subunit D&E – consisting of members Donghae and Eunhyuk – have finally released their first album in Korea.

The duo’s previous activities took place largely in Japan and they have two Japanese albums and three singles up to date. While the group had also previously released Korean singles such as “Oppa, Oppa” and “Still You,” the promotions for “Growing Pains,” the title song of their newest album The Beat Goes On, will be their first in Korea.

The subunit is primarily known for their pop/disco styled dance songs – which makes sense as the group consists of two of Super Junior’s best dancers – but “Growing Pains” is a pop ballad that sounds more along the lines of “Still You.” First and foremost, credit must be given where credit is due – this song is another one which Donghae participated in the song-writing for, and it is an impressive manifestation of Donghae’s composition skills.

The message of “Growing Pains” has little to do with the meaning of its English title based on our everyday sense of the phrase. The lyrics recount a person’s sorrowful reliving of memories of a love that exists no more. Unless the singer is looking back on a troubling relationship from his adolescent years, the pains associated with these memories aren’t really “growing pains,” which leads me to believe whoever was responsible for the English translation of the song title chose the most sophisticated sounding phrase to do with sorrow they could think of without actually looking into its definition.

Overall, though, this detail is only a minor complaint – the Korean title, “As Much as Me,” actually works itself into the song very meaningfully, as the lyrics of the refrain state:

But I hope you aren’t hurting as much as me

I hope for this every day, countlessly

I hope you won’t remember as much as I do

I hope you’re better than me 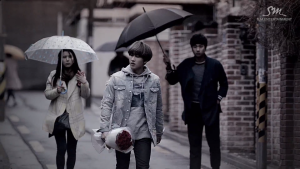 The music video captures more or less the same emotions portrayed by the song – it has an interesting beginning, with Donghae shown sitting in a therapist’s office, highlighting the extent to which his breakup seems to have affected him emotionally. Eunhyuk, on the other hand, actually appears more angry than dejected throughout the video – he bumps into at least two people on the way to his ex-girlfriend’s place as he goes to attempt to win her back.

While our two main characters do cross paths on several occasions throughout the video, the relationships they are struggling with seem to be two different ones. They both arrive at the same conclusion, however, which is the desire to erase all memories of the past. 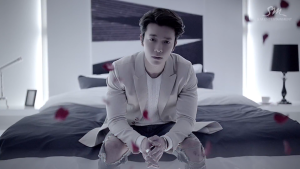 In terms of the production of the music video itself, it’s of relatively good quality, and I must say SM is doing fairly well recently with thinking out of the box with their MV shootings. Granted, the MV for “Growing Pains” isn’t exactly the most original in terms of plot, but it is quite artistically produced with stories of Donghae and Eunhyuk in the present interspersed with flashes of the duo’s relationships in the past.

The alternating cuts also have a nice contrasting effect, especially the scene in which Donghae and his girlfriend throw a handful of rose petals in the air, and in the next shot the petals fall before Donghae’s solitary figure. Furthermore, the dance shots are quite breathtaking, taking place on the expanse of a rooftop lit by swaying lights, and backgrounded by the glow of a city at night. That being said, SM has always been good with their camera tricks, but I don’t know what to think of the 360° rotation during a couple of D&E’s dance cuts – while it may be an attempt to be creative, I had to resist the urge to turn the screen when watching the MV on my phone. 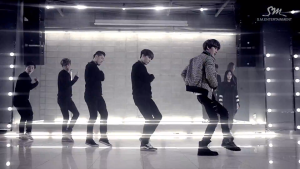 Compared to D&E’s previous lively, dynamic releases, the performance of “Growing Pains” requires a lot more restraint, making it more of a challenge for the two to showcase their charisma. However, it may be better that way, because its charms are much more subtle and a much more rewarding find.

The song, for starters, is very solid. It starts off with the strumming of a guitar and the notes of a keyboard, creating the quiet, melodic tone of a ballad, but in around the second verse the drums kick in, giving the song a more lively pace and its pop element. Neither Donghae nor Eunhyuk are their group’s main vocalists, but they are fairly strong singers who are more than capable of executing “Growing Pains.” The melody is aurally pleasing without being needlessly difficult, and the duo’s harmony in the chorus gives the part a thicker-sounding texture, which makes it stand out and infuses the song with energy. In addition, both singers have very pretty tones, and this strength is highlighted in songs like this and “Still You.” 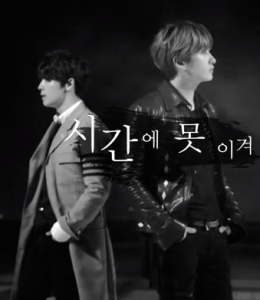 In addition, the choreography of the chorus is simple but fits the rhythm of the song extremely well – the jump at the beginning, for example, emphasizes the heavy beat that starts off the refrain. Eunhyuk’s rap part also features some impressive footwork, and another one of my favorite moves is the shoulder shifting that is not shown in the MV, but can be viewed during their live performances.

On the whole, “Growing Pains” is a formidable title song for D&E’s first Korean album. Although Super Junior’s image in Korea is primarily centered around being variety-dols, the members have impressed with their musical ventures. Donghae and Eunhyuk have not only proved themselves as Super Junior’s main dancers with their subunit releases, but also showcased their musicality and vocals through “Growing Pains.”