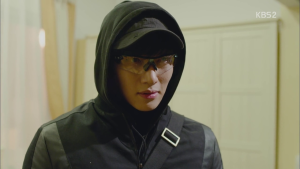 Although it’s been a little over a month since Healer concluded its run, I hope – no, know – that Healer fever is still rampant all over. It’s impossible for the rage to subside so easily, no doubt due to the breakout star himself, Ji Chang-wook. It’s safe to say that even a month on, he’s still the talk of the town everywhere.

Healer took the best parts of action, thriller, and romance, mashed them together, and created this beautiful product that left a lasting impression on the viewer’s mind. From the plot, to the script, to the cast, there was never a moment that left the audience wanting more. It fulfilled every expectation and then surpassed them as well.

There’s no way I can rave about Healer without touching upon the mysterious and dangerous job of a night errand boy. From the get-go, Healer sets up our hero as a quick-footed, intelligent, and handsome fellow, who climbs walls for a living. He cruises through life aimlessly, until this beautiful and earnest lady turns his world upside down. He cosplays as this bumbling reporter to “spy” on her; their relationship eventually evolves to being partners in crime, investigating their past and bringing down bad guys. And of course, they fall in love in the process. 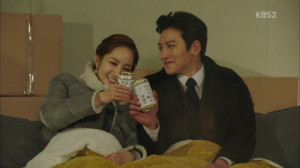 As cheesy as the plot may initially sound, there was nothing clichéd about the way the drama unfolds — from the intricate political web to the hot-yet-adorable romance. My favourite characteristic of the main romance thread is that it was built entirely on a mature and emotional foundation, without utilizing any rom-com stock characters.

Jung-hoo IJi) didn’t fall in love with the gutsy heroine Young-shin (Park Min-young) for her beauty or innocence, but for her bravery and her ability to face her fears despite being terrified. And that simply gets me on so many levels. While for her, her crush on “real Jung-hoo” never wavered, not even when clumsy alter ego, Bong-soo, tried to hit on her. On many levels, this affirmed the fact that she was in love with the true character of Jung-hoo, and not the many facades of himself he tries to portray.

Misunderstandings were quickly cleared up, something that 99% of the dramas don’t even attempt to do. It was such a relief to see the lead couple being completely honest with each other, and acknowledging that pushing each other away would eventually just come back to bite them in the ass. When Young-shin told Jung-hoo to return even if he didn’t find evidence of his dad’s innocence, I couldn’t help but give a little cheer.

That’s exactly what love is – supporting and trusting in each other no matter what, not leaving your other half just because of ‘complicated family background issues’. Of course, it helped that the drama was never stingy with its kiss scenes, and it was extremely refreshing to see two leads be so in touch with their feelings for each other without any caveats. 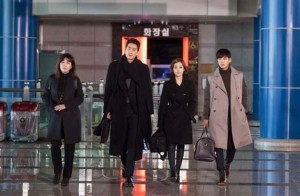 Words also can’t express how much I love all the side characters in the story. From Young-shin’s loving adoptive father, to the charismatic Moon-ho, they were all incredibly fleshed out and believable, giving the world a dose of realism. Yoo Ji-tae delivered a stellar performance as the pseudo-mentor, conveying compellingly his struggle between unknowingly walking down the same path as his corrupt brother, versus his desire to right the wrongs of his family. It was moving to see how much he treasured being respected by the young’uns and relied on them to steer his moral compass. Thank goodness he had his own posse to anchor his principles.

Ajumma is another character that was a scene-stealer. Although the actress was probably holed up in one set for most of the time, she brightened up the screen whenever she appeared — her familiarity with pop culture and sassiness always bringing laughter to the audience. It was beautifully relatable how she constantly put up a prickly front to cover up her shyness over her concern for Jung-hoo. Together with Teacher, they were the parental figures that Jung-hoo never had in his life. The mark of a great drama is when scenes with the most minor characters are significant, and centering a huge part of the conflict on the previous generation was a smart way to make them more relevant. 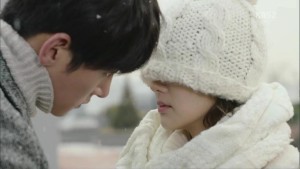 From the start to the end, the plot was tightly written, never dragging out a specific event, but never overly simplifying, either. The flashbacks were paced decently, teased in a way that kept the audience in suspense, and at any point in time we were never that much ahead of the characters. The villain was smart — but you know what — and so was the main gang. The resulting push-pull was nerve-wrecking and struck a great balance between the see-saw of elation and grief for the viewers.

Romance thrillers are not all that common in drama-land, and well-done ones are even rarer. Healer was a pretty thrilling journey with its plot alone, peppered with numerous twist and turns. While some dramas are great because of specific individual characters, Healer was buoyed by how the characters interacted and functioned together — the whole was greater than the sum of the parts. The entire ensemble of entertaining characters added to the near-perfection of the drama, grounded by great camaraderie.

Dramas are never flawless, but Healer came pretty darn close to it. Indeed, drama-land is a lot emptier without the swoon-worthy Healer traversing rooftops because pavement is too old-school.

Readers, did you enjoy Healer? If you haven’t watched it yet, did this convince you to give it try?