FT Island Rock Out And Become Rebels in "Pray" 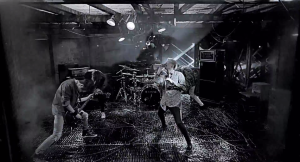 After a year and four months since their last comeback, FT Island has returned with their first fully self-composed album, I Will. Compared to their previous albums which were no doubt tweaked by FNC to suit the public’s taste, I Will is a huge step in the rock genre that FT Island has been itching to pursue domestically, led by powerful title track “Pray”.

A year ago, I attended FT Island’s FTHX concert, where their ballads such as “Severely” were the most well-received by the audience. But two-thirds of the way into the set, Hong-ki announced that he intended to show Primadonnas the music that FT Island really wanted to make, which segued into a three-piece medley of their J-rock tracks. And that was the biggest reminder that all this while, FT Island has been setting up this façade of themselves as a pop-ish idol band to satisfy the market in Korea and then frolicking off to Japan to rock out to their hearts’ content. Jaejin even recently mentioned in an interview that they actually hated doing ballads in Korea but had no choice because they’re not exactly FNC’s favourites and had limited freedom to do the music they really wanted.

Which is why I Will and “Pray” is a huge breath of fresh air. And it warms my heart so much that the quintet is finally able to dabble and make their own music that matches their true musical identity for their Korean fans to enjoy. Whether or not it’s a mainstream favourite, I believe that’s the last thing on their mind. 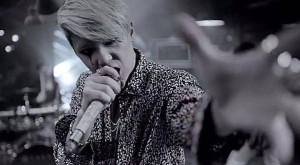 “Pray” is composed by Jonghoon, and the members all contributed in part to the lyrics. It opens immediately with head-banging drums, intense guitars and a powerful wail from Hong-ki. Right away, the listeners are aware that this is no typical K-pop release, and FT Island is here to rock. The track veers into rock and metal territory, but Hong-ki’s emotional and passionate vocals reign it back in to overlay a melodious undertone. Notably darker and grittier, this track is evidently more reflective of their Japanese style.

The subject matter of this track is also a much-needed departure from the typical love songs and break-up ballads that idol groups tend to indulge in. The lyrics are buoyed entirely by Hongki’s desperate belts, making this seem like a anguished prayer from all five boys. The ambiguity of lyrics is no doubt intended, and it allows room for any level of interpretation.

See you now? See me now?
I’m broken in my faith 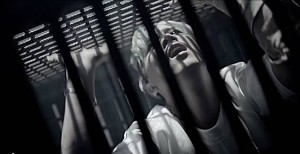 Being encumbered by darkness and trials, the boys cry out of hopelessness to a god out there. A plea for help to save them from this encroaching world, this prayer is the only thing that gives them hope. When everything around them is causing them to lose faith, this prayer is their last ray of light.

Accompanying this track, the MV is laden with symbolism in conveying the message. Interspersed with scenes of the boys trapped in individual small prisons crates, the main focal point of the MV showcases the band jamming on their instruments in this huge glass enclosure. Creepy, zombie-like mimes in business suits are seen mocking and clawing at the boys, suggesting that it could be the corporate structure or business needs that are the real puppeteers behind the scenes, holding back the band, keeping them from venturing out.

I also really appreciated the small details weaved into the MV, like the way the multiple zoom-out scenes of the prison crate and the glass box provide an ironic dichotomy to the situation. While the boys’ frustration and distress is so palpable up close, but in the bigger scheme of things, all seems calm and unaffected on the surface. 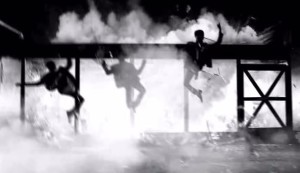 Nevertheless, FT Island do what they do best and continue rocking out, with the sole motivation of overpowering the suited guys increasing their excitement. All seems to be for naught, until an ear-shattering belt from Hong-ki ignites a huge explosion which demolishes the glass windows, throwing back the sasaeng-like dudes like rag dolls. It’s a dramatic climax for the band, who has managed to break free of any restraints and expectations shoved into their faces. And the best embodiment of this moment is perhaps this very album itself, where the boys display their undeniable love and talent for rock. The bumpy camera work also works perfectly for “Pray”, allowing the viewers to move in tune with the hard-hitting beats of the song. And honestly, the way in which FT Islands just goes at the instruments, the energy which just shoots off the screen, is extremely electrifying and attractive.

In regards to their new musical colour, FT Island commented in a recent Billboard interview:

We think that when we were younger and at the beginning of our careers, there were more fans who just loved us for our visuals and the ‘bling bling’. We believe now there are more fans who love — who truly love — our music and trust in our musical ability and capacity. 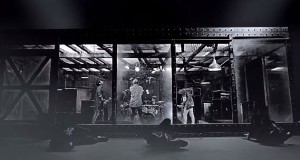 With “Pray”, FT Island is aligning their musical direction with their ardent fervour for rock. And while this new sound might not be everyone’s cup of tea, I can’t help but be on board with their credible transformation and evolution, something that’s always welcomed in K-pop. They’ve been underrated for far too long, and it’s time to see what they’re truly capable of. No longer is FT Island just an idol band, they’re redefining themselves as a legitimate rock band.