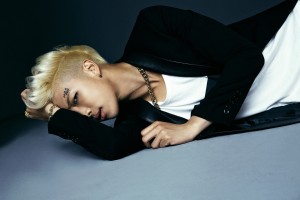 It’s the return of the Korean hip hop titans as MFBTY is confirmed for a March comeback! The group has remained largely quiet since their last album The Cure, making only a couple of appearances to promote Yoon Mi-rae‘s single “Angel” in January.

As if the comeback alone wasn’t exciting news, there is also confirmation of a track featuring Rap Monster. Photos of the members of MFBTY hanging with the BTS leader floated around social media, showing them looking rather relaxed among each other. No word yet on if this track will become the title, but the group worked with Rap Monster previously for a 2013 SBS Gayo Daejun performance.

It’s been two years since the formation of MFBTY, and they’re still going strong with their label Feel Ghood Music. Known for various hits, including “Sweet Dreams,” they’ve also collaborated with up-and-coming artist Yuna Kim for her debut single “Without You Now.” Despite an ugly lawsuit with Sony Pictures, they continue doing what they do best, which is making great music.

Are you looking forward to their return? How do you feel about this collaboration news? Share your comments below!