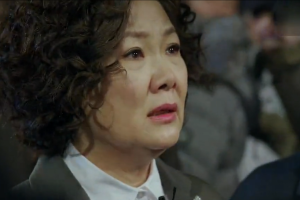 Pinocchio has finally drawn to a close (one and a half weeks ago, to be precise), and with it comes closure to most characters’ stories. Granted, it wasn’t the big showdown I was expecting (Choi Dal-po’s reveal of his identity to his brother takes the cake for the most intense moment within the drama), and the likely climax – Dal-po’s interrogation of Seo Beom-jo’s mother at the police station – wasn’t as climatic as I hoped it would be. I do, however, support the drama’s decision to turn the ending into something meaningful as opposed to centering it around the act of revenge.

The biggest “plot twist” in the last few episodes of Pinocchio was likely the 180º change in Song Cha-ok’s character. With the big reveal of her connection to Beom-jo’s mother, and the subsequent evidence-passing between Dal-po and Choi In-ha, Cha-ok was the last person one would expect to reveal the truth. Although I’m not entirely convinced Dal-po’s appeal was enough to cause her to become a whistleblow on herself, giving up her career in doing so, I also think the drama set up her motivations nicely – Dal-po’s earlier criticism of her inability to believe herself and In-ha’s tearful confession that despite everything her mother has done wrong, she still could not bring herself to disassociate herself with Cha-ok. 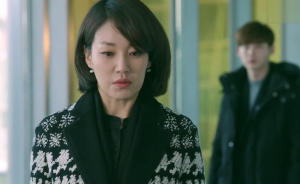 I’m in favour of this twist, as a chance for redemption seems much more meaningful than a reporter’s showdown between her and Dal-po. At the end of episode 18 we are reminded of Dal-po’s promise to Cha-ok in episode 3 to learn what it means to be a reporter before coming back to challenge her, and throughout the drama, we witness this change in Dal-po. However, although Dal-po’s becoming a righteous reporter did manage to put Cha-ok to shame, it should not be said that she didn’t show growth as a reporter herself – in the last piece of news she participated in conveying, she, too, chose public interest over private interest; she too, chose fact in the end.

Beom-jo’s turning himself in to the police in place of his mother was also a surprise during the last few episodes. While I do think that this act in itself, along with the attack on Dal-po, In-ha and Cha-ok was a little dramatic, it was on the whole cleverly slotted into the plot. Considering Beom-jo’s mother’s sole weakness is her son, Beom-jo’s actions may have been the only way to convince her to admit to her crimes herself. What is also impressive about Beom-jo is that his initial image in the drama was clearly a mama boy, and while through his exposure to the world of journalism he has evidently matured as a son, he ultimately never betrayed his love for his mother, not even when bringing her to justice. 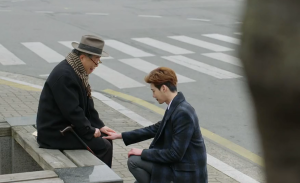 In terms of Dal-po and In-ha themselves, no-one really doubted their relationship would work out in the end.They had a ton of adorable moments close to the end of the drama (who know shaving could lend itself to flirting?) and their wedding kiss in the end was beautiful. I did however enjoy the addition of that final hurdle they needed to overcome – their father (to Dal-po)/grandfather (to In-ha’s) disapproval.

There is a strong theme in relation to family throughout the drama, and similar to Beom-jo and his mother, the relationship between Dal-po and his (adoptive) father was unchanging – his father consistently refused to cut ties Dal-po when he requested him to do so, going to check in on him even after he moved out, and Dal-po never stopped missing his father, even hiding the recovery of his arm’s injury in order to stay with his family for a longer period of time.

I’m therefore glad that Dal-po chose to listen to the wishes of his father instead of insisting on his relationship with In-ha. He definitely had a point when he told In-ha he owed his life to his father, and if he didn’t accept their relationship they’d have to abide by his decision. However, Dal-po’s father agreed to their marriage in this end, and his decision to disown Dal-po was a bittersweet moment, as while it was an act of abandonment, his intentions – so Dal-po could be together with In-ha – revealed an immense love for his son. What was heartbreaking about the scene in particular was its striking resemblance to the scene on the bus in episode 4, after his father had taken him to shed his awful hairstyle and told him he no longer needed to hide his identity. Both were a letting go of some sort on the father’s part for the sake of his son, making their relationship all the more moving. 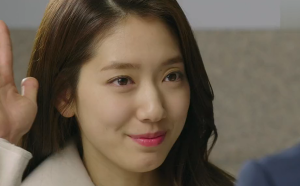 The final episodes were also a throwback to the earlier episodes in the return of motifs that had disappeared amongst all the action. There’s Beom-jo’s fear of In-ha’s powerful high-fives, Jang Hyun-kyu’s strict training style now embodied by Yoon Yoo-rae and most importantly, In-ha’s hiccups.

Through Pinocchio, In-ha learns to deal with her syndrome through not blurting out lies without thinking, then being sold out by her hiccups (which was a lot of what she did during her high school days) or staying quiet (like most Pinocchios), but simply being frank and honest with others, and committing to fact as a reporter. Her hiccups’ reemergence following several small white lies in episodes 19 and 20 did brings us back to In-ha’s comical earlier days, though.

While most story lines within the large plot were drawn to a close by the final episode, the finale did leave some questions unanswered. For example, we never saw what became of Ki Jae-myung, and although given his crimes he likely has to stay in jail a while longer, it would’ve been nice for him and maybe his reaction to Dal-po and In-ha’s wedding to be mentioned in the end. The Yoo-rae and Hwang Gyo-dong love line also never received confirmation, as although their interactions pre-2015 made their feelings for each other relatively clear, they were not shown together after the time jump. One couple that did end up being confirmed, though, was Im Jae-hwan and Hyun-kyu. 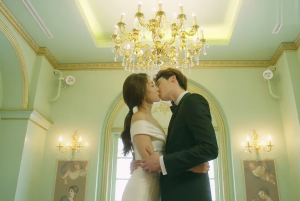 Overall, Pinocchio is an excellent watch which makes its 20 episode length well worth your time. It raises some important questions about the ethics of journalism – what the public wants to see vs. what the public needs to see, fact vs. impact – that are very much prevalent our real society, and evokes much food for thought, especially when you witness events such as news reporters badgering the distressed families of people caught in accidents.

It also conveys some important ideas about truth and people’s tendency to turn a blind eye towards it when it doesn’t work their favour (Dal-po encounters this particularly evidently during the case of Cha-ok and the bus company owner), and well it may not always be easy or favourable to always tell the truth (shown by In-ha’s character), telling too many lies causes one to be distrusted both by others and by oneself (shown by Cha-ok). Finally, it reminds us that time is precious, so it is pointless to spend one’s life holding onto other’s wrongs and seeking revenge, and if you’ve ever watched I Hear Your Voice, Jang Hye-sung’s mother tells her the same thing in their last phone call together. It’s a great work with a intriguing plot and fantastic characters; kudos to the producer, writer, actors, staff and all that were involved it this production!