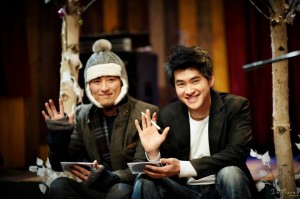 With the onslaught of pop music in Korea, it’s very easy to miss something truly unique within the genre.

Seoul natives Lee Yeong-duk and Lee Seung-ho, known as the Sosimhan Boys—meaning the Shy Boys—deliver music that is unique yet very easy to melt into. Though their name suggests timidity in their natures, their music is expressive, openly romantic, and playfully coy. With voices that blend and wind around each other as beautiful as anything and guitar work that’s deceptively simple, these shy guys allow their charisma to shine with each song they produce.

From their first album, listeners are gifted with the same simplicity of most pop music. However, the compositional makeup of their music has an acoustic lean, relying on a blend of pop licks and bossa-nova grooves, something that differentiates them from many of the groups that call themselves “indie.” Acoustic Collection is just that—a beautifully crafted collection of music that’s a soft whisper of a lullaby wrapped in impressive yet simple vocals.

Songs like “Smile Again” and “Her Face” are very much in the vein of most love songs penned by the lovestruck and yearning. The composition of these songs takes on a decidedly more lovely shade when the boys harmonize—two voices and a guitar working in perfect synch with each other to create a sound like warm spring rain. The boys also flirt on the more pop side with songs like “Pebuk Jaenghi.” However, they take the sound a step further into a place most wouldn’t have expected with bossa nova-inspired track “Mental Breakdown.”

With the release of single “Looking at You,” the boys begin to gain attention and garner themselves a following of fans surprised by the purity of their sound and the earnestness of their compositions. With Young-duk’s crystal falsetto, clear as brook on a sunny day, and Seung-ho’s warm tenor, the song is the perfect example of how even within the realm of “indie,” there are artists whose voices are meant for the sweet and sour of poppy love songs.

They continue to play with bossa nova and pop constructions throughout their expansive discography, giving their fans a taste of the broadness of their musical knowledge. Each track seems… familiar. They’re like comfort food after being away from home after a few years. You feel at ease, drawn into the sound as if it were a friend offering you a hug.

With track “R&B,” they push their exploration of various genres further. The tune gives us a glimpse into the soulful vocalization of the group. The musical composition in and of itself is a smoky piece of R&B-pop, softening the emotional heaviness of R&B with the snap and spice of pop music. With their next album Ma Baby, these gentlemen delve further into the sway of R&B with their acoustic pieces. Lead single “Baby, Ma Baby” is just that—lighthearted R&B that’s wrapped around angelic coos of “Ooo, baby, ma baby.” We also get tracks like “Lost in Love” and “Drunken,” which are perfect examples of this fascination with music that’s more R&B/pop-centric.

Expanding into more traditionally pop-infused compositions, Sosim brought fans a slew of singles and albums last year. Each track became fuller, more noticeably influenced by the pop-R&B music that’s more indicative of the K-pop pervading the radio. Their ability to blend crystal-clear vocals and commendable musicianship sets them apart from what many would deem “traditional” K-pop, pushing the genre to have a bit more meat, if not the least bit more compositional depth.

The duo has managed to maintain the sound that makes them uniquely who they are while still leaning over the aisle to embrace music that many would mistake for mainstream pop otherwise. Songs like “Hello Beautiful” and “Hurricane” from their February release of the same name are well-constructed pop tunes whose existence is no doubt a means to introduce a wider audience to the magic they create when they’re totally set loose on a song. Then there are tracks like “Cry Cry Cry” that take the pop construction further with a more noticeably R&B lean—synths and a steady drumbeat.

Album Retro Yum sees the boys creating music that’s almost completely pop in makeup. The little treats they left fans on each album and single release last year led to their most recent releases being a surprising mixture of both acoustic and pop-focused fare. But the group never strayed from their core sound—music that’s rich, clear, and unmistakably theirs. 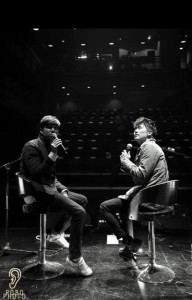 Tracks like “Ti Amo” and “Do You See the A Train” from September release Be Good marks a return to the acoustic fare that gave them their audience, but track “You’re Going to Love Me” on the same album gives newer listeners the chic pop sound cultivated throughout their releases in 2014. With single “Shining Star” ending the year, we’re given an indication of exactly where Sosim may be heading in the future—more acoustic pop that’s as unpredictable and vocally lovely as the work they’d been releasing since February.

The Sosimhan Boys are the perfect example of an indie group who continues to evolve their sound while maintaining the sonic quality that makes them distinctively who they are. It’s sometimes easy to forget that the term “indie” isn’t necessarily strapped to a particular sound or genre. It simply means the lack of major backing. Sosim has managed to create some commendable K-pop, music that’s got an acoustic foundation but also leans toward the catchy hooks and choruses that dominate the pop genre. However, within the realm of that genre, they differentiate themselves with the purity of their vocals and lovely musical compositions.