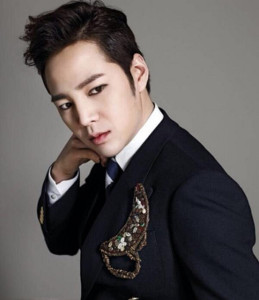 Jang Geun-suk is no stranger to the spotlight. From his time as a cute child actor, featuring in dramas such as Cummi, The Fairy, to more mature roles over time, such as pretty boy band leader in You’re Beautiful, charismatic fighter in period drama Hong Gil Dong and his perfect portrayal of dual characters alongside Yoona in the KBS hit Love Rain, I think it’s safe to say that Jang Geun-suk’s completed filmography and proven versatility in acting have allowed him to become a well-established, successful actor at the forefront of the Hallyu wave.

But with more success, comes more money. And with more money, comes more taxes. So when news broke out that the ‘Prince of Asia’ has allegedly been evading taxes and underreporting his income, more than a few eyebrows were raised.

This whole incident started last year when newly appointed Commissioner of the Korean National Tax Service Lim Hwan-soo pledged a crackdown on the tax evading practices of conglomerates and higher bracket tax payers. In his inaugural speech, he stated, “We vow to chase the nation’s habitual tax delinquents to collect all overdue taxes, only then can we operate a fair tax administration system for all.” He followed through on this commendable proposal, ordering investigations into tax dodging over a period of a few months, including an investigation into an entertainment company back in September 2014, that handles contracts for a number of well known stars, helping them to advance and organize their overseas activities in China. 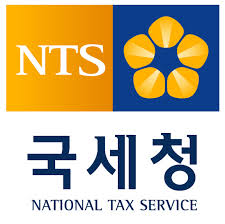 Jang Geun-suk was included in this roster of celebrities and therefore his name was dragged into the line of fire. As one of the most handsomely paid and wealthiest stars in the Korean Entertainment Industry, with an approximated net worth of $6 million, naturally he was accused by some sources as having underreported his earnings in China by $2 million where his dramas have been riding the tides of popularity. His agency, Tree J Company, disputed that he personally was not under investigation himself, and the entire thing was blown over.

However, over the past week, reports have resurfaced that on January 13 a repayment of 10 billion KRW in tax evasion fees was made by Jang Geun-suk to the National Tax Service. It was also reported that the head of the entertainment agency overseeing activities in China participated in security currency exchanges that deposited overseas profits in accounts that borrowed the names of celebrity clients and so was ordered to pay 1 million USD in fines.

People are of course keen to question why Jang Geun-suk’s name keeps getting mixed up in such incidents. And, of course, many people are keen to jump on the hate bandwagon and belittle him for purchasing a building worth 20 million USD in Gangnam, Seoul, because anyone who does not pay taxes is automatically an enemy of society. By all means, it is important to pay your taxes, just like everybody else. They are essential to the very existence of the governing body, paving way for a civilised society in which the government is able to finance civil operations and administrate running of the state.

But what many people are forgetting is outlined in an official statement by Tree J Company:

According to them, the reports circulating the news are untrue, and the fine was paid by the company to the taxman after an error was made by the company’s accounting firm, completely unrelated to Jang Geun-suk. The tax report was immediately amended, a penalty payment was made, and authorities consented to not pursue further legal action, as there was no clear attempt made to purposely misreport figures. Prosecutors closed the case without any indictment. 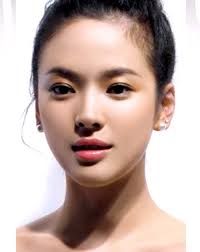 This may sound somewhat far-fetched and more like a case of the company trying to protect their idol, but, though that may or may not be true, similar cases to this have been seen before. Song Hye-kyo came under scrutiny for evading 2.5 million USD in taxes last year as well and said she was unaware until the investigation that her accountant had underreported her earnings and provided insufficient evidence to support her tax deductible expenses.

Whether or not Jang Geun-suk is guilty of purposefully evading taxes or if he is just an innocent victim of a tarnished image by association remains to be seen. But as we all know, even if the fines have been paid, such matters are not taken very lightly, and the situation is now impacting his professional career. After filming for the variety programme Three Meals a Day: Fishing Village for the past few weeks, producers have decided in wake of this scandal to cut him out of the show, through what will only be incredulous amounts of editing as the scandal erupted the same week the show was meant to premiere. Official statements read:

But, there are still follow-up reports on the matter and our viewers have raised concerns about his appearance on the show. The producers decided that this was not the most suitable time for Jang Geun-suk to be on air, and, after discussing with his agency, we came to a mutual agreement that he should drop out.

Jang Geun-suk also released an apology expressing his sorrow toward fans and the show’s cast and production team, despite the fact that his agency took full responsibility for the matter. As a result, the show has been delayed by a week and will now air on January 23 with Jang Geun-suk replaced by actor Son Ho-jun.

It’s difficult to know exactly what happened with so many conflicting reports going around, and I doubt we will find out any time soon. At this point, it seems to be more of a case of what you choose to believe. So I ask you, readers, what do you make of the situation? Was Jang Geun-suk wrongly accused? And even though all legal matters have now been sorted, how do you think it will impact his career from this point forward?

I’m Lovin’ Love Rain (For the Most Part)