Clara and Polaris Entertainment: Out of Context? 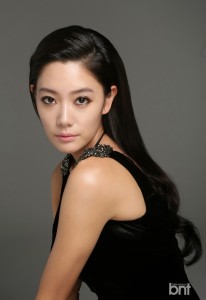 Among all the lawsuits that have emerged this past year, Clara‘s ongoing battle against her agency Polaris Entertainment is quickly developing into one of the most convoluted cases thus far. The actress’s case, a request for contract termination, shot straight to headlines for citing sexual harassment from her company’s CEO as cause for ending her contract. What ensued was a highly covered PR battle between the two parties, as both scrambled to muddy the other prior to official proceedings.

Clara first signed with Polaris Entertainment, joining the ranks of labelmates Kim Bum-soo, Ivy and Ladies’ Code, in July 2014. A mere six months later in December, news broke that Polaris had filed a lawsuit against Clara, who the company claimed had violated her contract by carrying out work activities through her father’s agency, Koreana Clara, rather than through Polaris. In response, Clara filed a lawsuit of her own to request a cancellation of her contract on grounds of the words and actions of Polaris CEO Lee Kyu-Tae, whose words and actions she found inappropriate. CEO Lee, Clara claimed, frequently sent her messages such as “I am married but I have a girlfriend,” and “I think that you’re different from the other entertainers because you make my heart flutter,” resulting what Clara described as feelings of “sexual harassment and humiliation.” With her request to the company to terminate her contract rejected, Clara then filed a lawsuit to confirm her intentions in court.

In response to Clara’s claims and the ensuing media frenzy, Polaris Entertainment denied the accusations and fired back by suing Clara for defamation and blackmail, indicting Clara’s father Lee Seung-kyu, a former singer, as an accomplice in the charges. Clara was aware of the importance the CEO placed upon his public image, Polaris revealed, and had fabricated her statements of sexual harassment to force the hand of the company. The company claimed that Clara had taken the quotes from the CEO out of their original context in conversations, even stating that Clara herself had come by the company to apologize and burst into tears, admitting that her accusations were untrue. Surprisingly, Clara admitted to this confession — but she claimed that she had been tricked into apologizing by Polaris, which had promised to drop the conflict if she acknowledged her wrongdoings. 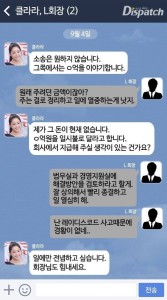 As the case affected CEO Lee’s reputation, Polaris announced its decision to release the Kakaotalk messages in question between Clara and the CEO but claimed to request permission from Clara’s side beforehand to prevent violating private clauses in her contract. News portal Dispatch uploaded the chats on January 19, with evidence aligning with Polaris’s claims that the CEO’s quotes had been taken out of context, while other quotes such as “I am married but I have a girlfriend” could not be found. What was evident in the chats were the growing conflicts between Clara and Polaris regarding her legal troubles with a former agency and CEO Lee’s distrust of Clara’s manager, the former chairman of her last company who she had brought over to Polaris.

The most publicly damning pieces of the conversation, however, were also the most irrelevant. Netizens quickly latched onto a section of the chat dated to September, in which the CEO chastised Clara for not attending the funerals of Ladies’ Code members EunB and RiSe, while Clara seemingly used the tragedy to her own advantage by messaging, “CEO, as you experienced, life is short. Please help me out.” Other comments centered on the fact that Clara had frequently sent her CEO sample photos from her bikini and lingerie photoshoots, with netizens suggesting that Clara’s actions were actually more inappropriate than those of her CEO. Upon Dispatch’s release of the Kakaotalk chats, the Polaris Entertainment homepage crashed due to a sudden influx of web traffic.

As a refutation, Clara’s legal team responded by claiming Polaris had selectively released the chats in order to skew public opinion, as the published chats only comprised about 30% of the entire mobile conversation, but that Clara had submitted all the evidence she had to court. On her part, Clara wrote and released a lengthy Facebook post to clarify certain points raised from her messages. The photos she had sent CEO Lee were merely her way of updating him regarding her work, while she did not attend either Ladies’ Code members’ funeral because she did not know EunB or RiSe. As for the sexual harassment statements, Clara re-asserted their validity but mentioned that other factors also contributed, including her CEO’s improper prying into her personal life through questioning of her menstrual cycle, relationships and thoughts on marriage. As a conclusion, Clara wrote:

“I am not asking for you to be on my side. I am simply asking that I be given a chance to use my right under Korean law to go through court fairly.” 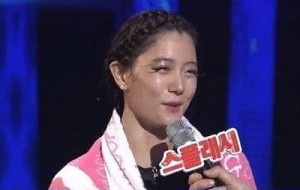 Due to Clara’s claims that the Kakaotalk chats made up only 30% of the messaged interactions with her CEO, Dispatch proceeded to publish the entire extended conversation spanning the course of five months, emphasizing the increasingly strained relationship between Clara and CEO Lee over management and the exclusivity of her contract with Polaris. On a more public front, netizens began an online witch-hunt of sorts, digging up Clara’s old broadcast appearance with RiSe to disprove the actress’s claim she did not know Ladies’ Code, as well as her past controversies of appearing inconsistent in her statements on broadcast.

Ultimately, what this legal battle broils down to is contrasting interpretations of the contract by both sides. Clara, at the time of signing, had been undergoing legal difficulties with a former company and requested that she keep the Koreana Clara company name. Polaris, for their part, had agreed and defined their role as an exclusive agency in everything but name in the contract. Clara, however, was accused by Polaris of blatantly disregarding the terms of her contract by carrying out certain plans and activities solely through Koreana Clara, treating Polaris as merely one of her agencies rather than her only agency. The focus of the lawsuit is also highlighted by the type of suit filed; rather than a criminal suit typically expected of sexual harassment charges, Clara filed a civil suit, stating that she did not want to make the issue a criminal one to begin with. 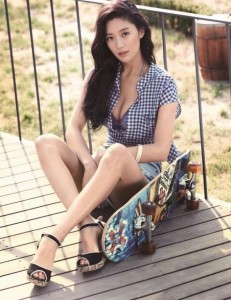 Regardless of original intent, there’s no denying that the legal battle has blown up massively, owing much in part to the statements of sexual assault. When the released Kakaotalk chats did not seem to indicate any harassment from the CEO, netizens were quick to instead accuse Clara of attempting to seduce her CEO through racy photos and use of heart emoticons in her messages. As such a high-profile case, Clara’s accusations of sexual harassment proving false would not only greatly damage her own image but could also marginalize the cases of victims of abuse who already face enough sexism and bias in courts and among public opinion. However, the netizen response to Clara’s actions has also proved unwarranted to an extent, as Clara’s side has emphasized that they have already submitted all incriminating evidence to the court, and ultimately only the courts will be capable of making the judgment call.

By some perspectives, the transparency by which Clara’s case is being handled is refreshing given the murky disputes often witnessed between idol and agency. Conversely, revealing information to the extent that Polaris has raises newer concerns on the appropriate extent to which the public may participate in private affairs. The publicized Kakaotalk chats ignited a firestorm of hate comments and negative judgment against Clara, as netizens have already taken to labeling her a liar. Clara herself acknowledged the public’s strong response in her Facebook post in which she noted, “Yesterday, before I was even able to step into a court room, I was given the death sentence by the media, and that sentence was carried out by the public.” In the quest for transparency, it’s essential that the public not become the jury by punishing or pardoning Clara; entitled, as they are, to their own opinions but barred from making a final judgment on incomplete evidence. 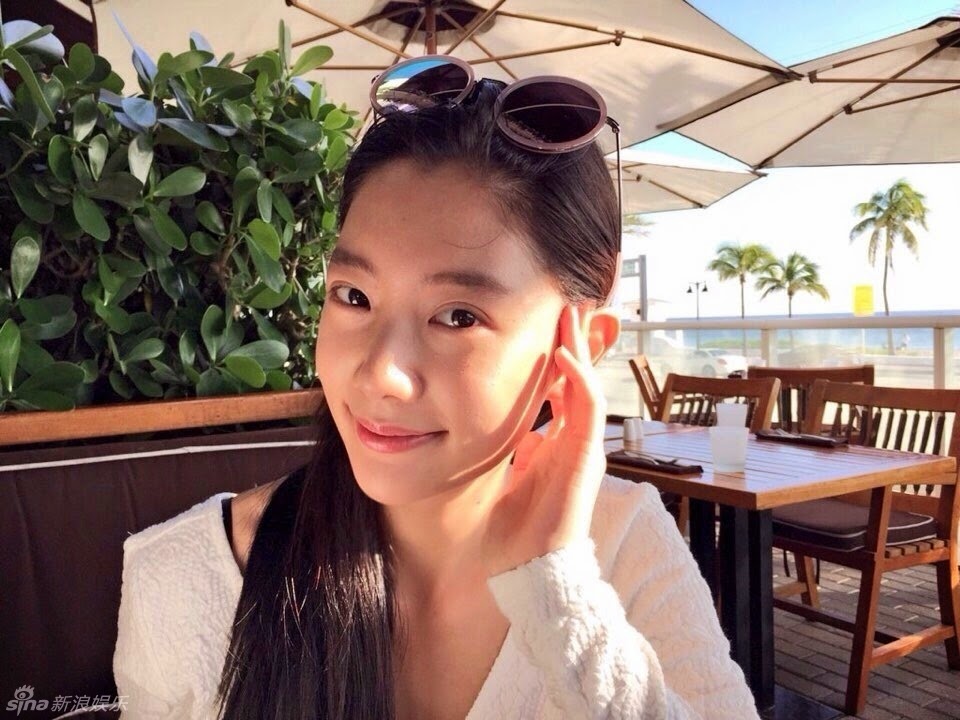 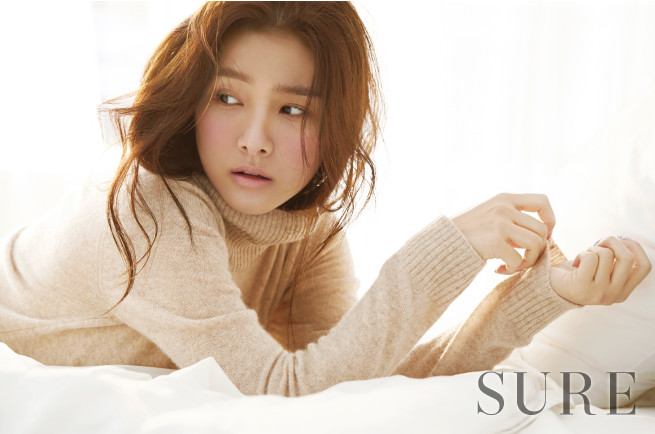 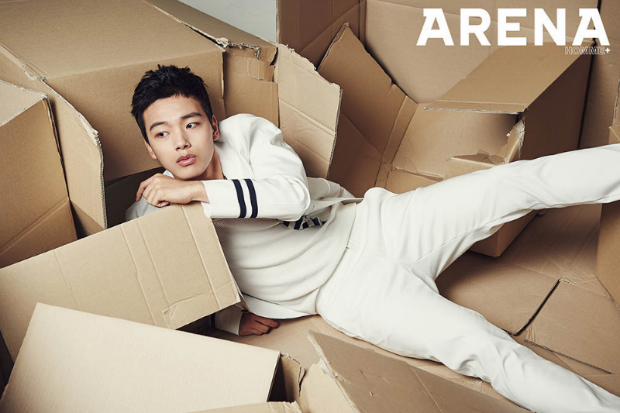