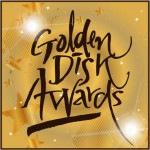 The 29th Grand Disk Awards continued on January 15, 2015, marking the first time that the awards had been split between two nights. Despite the change in format, though, all the performances were excellent. Of course, some were more excellent than others. . .

I wasn’t a huge fan of “Holler” when TTS was promoting it, but if their stages had been as strong as this one, I would have been. Tiffany, Taeyeon and Seohyun all sounded strong and wonderfully on tune. Their dancing was on point, just oozing sass. All in all, this was a powerful stage that turned an average song into an amazing one. The fact that, for once, these ladies were given decent costumes is just a cherry on top.

One of the best things about gayos and year-end award shows is the opportunity for special stages such as this. The folksy pop song “Love Light” let everyone involved show a different side to their musical abilities. It’s such a sweet song, and everyone involved really seemed to enjoy it that it bleeds into anyone watching it. Not even Choa’s mike problems could dampen the feelings of “d’aww” this produced.

One of the performers that unexpectedly caught my attention was Hong Jin-young, a trot singer. She performed her debut song “Love Battery.” What’s really impressive about her performance was how effortless she made it seem. Usually, singers play up the difficulty of high and/or long notes to give a bigger impression. Jin-young, on the other hand, makes performing look as easy as breathing.

VIXX’s crazy choreography is always impressive, but their performance of “Error” was even more on point than they usually are. Their dancing is this unholy balance of crisp sharpness and liquidity; it’s jaw-dropping. I dare you to rip your eyes away from them. Of course, VIXX’s vocals are nothing to sneeze at either, giving their all to both parts. This has got to be one of the best stages of “Error” ever.

I seriously wish that B1A4 had promoted “A Glass of Water” after seeing this stage. While VIXX blew me away with their precision, B1A4 gave a great performance by being the only group who looked like they were legitimately, unquestionably happy to be on stage. They’re just bursting with playful energy, and they gave this performance their all. What they lacked in polish, they more than made up for in exuberance.

Of course, those excellent performances were not the only great ones of the night. Bestie wowed with their song “Thank U Very Much,” and Exo gave a great performance of “Overdose,” with Chen teaming up with Wendy from Red Velvet to perform “Endless Love.” Infinite was as amazing with “Back” as they always are, but we got far less of them then I wanted.

The snafus that always seem to accompany a live performance were present, even though you’d think that, this being the second night, any technical problems would have been sorted out. Frustratingly, this was not the case. There were obvious problems with microphones not being loud enough or just plain not working; it was very irritating to watch and, I imagine, to perform around. The other big hoopla from day 2 of the Golden Disk Awards was that Infinite had their performance time pared down, much to the frustration of fans, who were already aware of the issues with lodging and visas.

The awards were split right down the middle for the two nights, with day 1 being for digital awards and day 2 for disk awards. Honestly, the winners were pretty predictable, with SM taking most of the top honors to the shock of no one. Exo won the Disk Daesang for the second year running for Overdose. The Rookie of the Year went to Red Velvet, and Toheart and Taemin won the popularity award.

I would like to give my sincere congratulations to all winners of a Golden Disk Award.

How do you feel about the winners, readers? Any performances that popped to you?