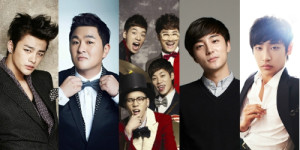 Paradoxically, the promotion picture for Superstar K6, which features five winners of Superstar K is a bitter reminder of how unsuccessful the last season has been. Compared to Seo In-guk, Huh Gak, Ulala Session, and Roy Kim, the winner of season 5 remains relatively unheard of, if not all forgotten, just like the show itself.

However, Superstar K6 is a sign that this big program of Mnet is not over yet, despite much criticism it receives for season 5. With an average rating of roughly 5% for each episode, compared to the 4.24% level last year, the program is slowly, but surely gaining back its credit and popularity.

Season 5 dissatisfied the audience mainly due to the emphasis that both the editing and the show’s format place on behind-the-scene stories rather than on the contestants’ performance itself. Originally aimed at generating more emotional appeals and adding some dramatic tension for the show, this technique backfired pretty badly when it became too much. For those who truly wish to watch a music show, Superstar K5 was rampant of sappy and lengthy side stories about how contestants work so hard, their anxiety for the result, their passion for music, judges’ difficult decision making, and so on. As how Koreans name it, the show has turned into some sorts of 감성팔이 – ‘sentiments dealer ‘. For a talent show that does not honor talents over sensationalization, it is understandable that the winner of that program cannot last past showtime in the public’s memory. 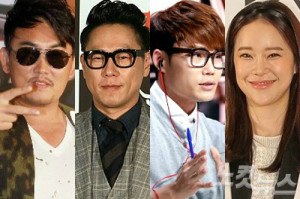 To bring back viewers’ engagement in the show, beside a relentless disposal of this story-telling editing, voting through SMS messages will also be of much less importance. According to the show’s director Kim Ki-woong, in order to alleviate disproportionate amounts of voting from a participant’s fan clubs, the voting system will be converted in a way that can adjust the power of public support to a more reasonable scale. This method allows talented but unpopular contestants to be saved from their more famous opponents’ frenzy fans. In other words, Superstar K6 forces its participants to persuade both the expert and the general critics if they want to advance into the next rounds.

And Mnet’s determination to overhaul the show has proven quite fruitful, as season 6 is truly a show that is dedicated to the top performances. The performances this year lean more toward ballads with a sweet, rather subdue tone in general. Season 6 also witnesses some of the best collaborations so far among the opponents, for example the one below, which is a cover of Park Hyo-shin‘s poignant “Wild Flower” by two Top 11 finalists, Im Do-hyuk and Jang Woo-ram:

It is really not surprising that the digital single for this performance has become an all-kill hit on music charts later on.

Another fantastic collaboration — the classic “Only You” by Lee Chi-hyun and Friends — is performed by the top three finalists, one that renders judges speechless:

One interesting highlight of the show this year is the bromance chapter between winner Kwak Jin-eon and and runner-up Kim Feel. The two men have very different, if not contrasting performing styles and backgrounds. Kim Feel was born from a family with a rich artistic tradition. His grandpa is a famous composer who has received the honorable medal from Korean government for his contributions to Korean culture. His uncle has been working as a music conductor for KBS and is also a saxophone player. Kim Feel himself has released several singles before. Meanwhile, Kwak Jin-eon who lost his father from an early age grew up in a poor family. Bearing a dream of becoming a singer since he was very little, Kwak receives homeschooling from primary school all the way to high school, so that he can educate himself about music. The man has been performing in some small clubs in the bustling Hongdae area of Seoul until Superstar K6.

However, these two men somehow have found a way to match and harmonize their styles together in various performances in and outside the show. An example here:

Their friendship, as shown through a guerrilla concert held together in November as well as various “selca” photos of these two have been a topic lately for the Korean entertainment world.

With such a quality among contestants, there have speculations circulating about whether or not Mnet has prefixed all the finalists and the nation-wide audition is just an act. Of course Mnet denied the accusation. There is also another scandal related to one female participant, who is accused of bullying, underage smoking, and underage drinking. The condemned contestant was eliminated anyway, and no one has been voicing out any opposition against Kwak Jin-eon’s winning yet, so overall the show does not suffer much damage from these attacks.

The last point I would like to add in this recap is about the most outstanding Philippines girl group of this season, MICA. Being the only female candidate from Top 8, and being the only foreign participant of the show, MICA has fairly impressed the audience with their theatrical and powerful performances. Perhaps “Fate” by Lee Yeon-hee was not what suited them the best, but the girls still did a good job delivering the emotions in their own version below:

Overall, Superstar K6 has been an enjoyable show with a lot of amazing performances, and hopefully it will keep up with this quality next year. There seems to be a lot of potentials for the top singers in this season, and who knows, we may have another great ballad group debuting soon seeing how close Kwak and Kim are. Hope their talents will be fully utilized.