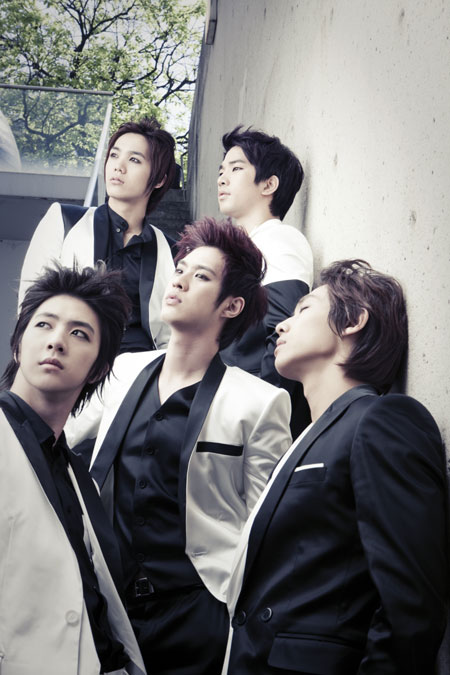 The rumors and speculation are finally over: J. Tune Camp officially announced that Lee Joon and Cheon-dung (Thunder) are leaving MBLAQ.

The company stated that after long talks with the two members, they decided to go their separate ways. But the company was also quick to add that MBLAQ would continue as a trio, and that early next year the members planned to release an album. The remaining members are also planning on doing solo albums and other individual activities.

Attorney Na Hyung-jin stated that Lee Joon and Cheon-dung’s contract with J. Tune Camp and MBLAQ ended with their concert in November. Lee Joon wishes to pursue acting and wants to focus on his current drama, MBC’s Mr. Baek. Cheon-dung’s plans are more ambiguous; his attorney merely said that Thunder would be studying music for the time being. Na Hyung-jin did add, “They are grateful for all the support the fans showed for the past five years and will return thanks by showing more matured sides.”

What is more uncertain is how the members are feeling about this. G.O. wrote some ambiguous tweets around the time Lee Joon first announced he would be leaving. People naturally assumed they were about Lee Joon:

(Eventually, consideration is what one must endure facing selfishness.)

(People who know understand all. Believe what you see as of now and as the time passes by you’ll understand.) 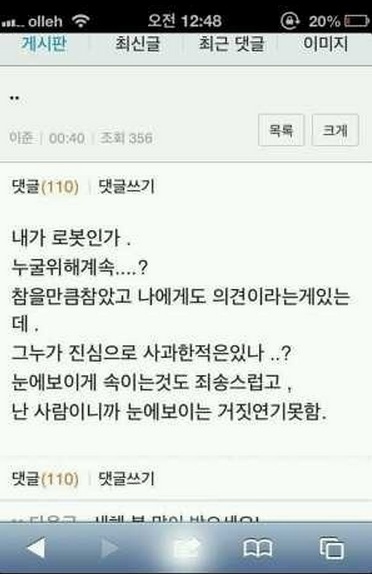 For Lee Joon’s part he showed signs of stress and unhappiness in January 2013. In a fan café post that was later deleted Lee Joon wrote:

Am I a robot? Who do I keep doing this for? I put up with it as long as I could, and I have something called opinions too. Has anyone genuinely apologized? I feel sorry for fooling people in an obvious way; I’m human so I can’t act out lies that are obvious.

J. Tune Camp later confirmed that the post was real; Lee Joon felt stressed and exhausted because of his schedule, and furthermore he felt that the company wasn’t listening to his opinions. In response to two members leaving the group, Mir left a message in their fan café.

Hello, this is Mir. I am very sorry that our fans have had to hear this bad news all of a sudden. We were also very taken aback after seeing the reports online, as we had been concerned on how we should let you all know. I want to apologize for the fact that you had to receive the news from an outside source.

Since it is a path that they have chosen for themselves, I don’t think badly about it, and the reason for their departure actually has nothing to do with the rumors of discord within the group. Ever since our trainee days, our hearts have been in the same place for six years. Simply, the only difference is our own choices. I’m just holding my cell phone, unable to write anything more. The only thing that I can possibly say is I’m sorry, and once everything gets resolved, I will greet you once again with the members.