MAMA 2014: The Expected, the Unexpected and More 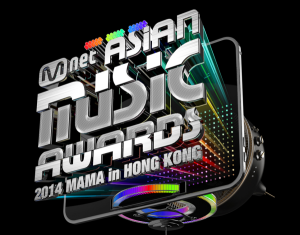 Mnet held their annual award ceremony MAMA (Mnet Asian Music Award) this year, which took place on December 3, in Hong Kong for the third year in a row. Despite continual complaints about the sound system and camerawork, MAMA 2014 showcased some impressive attendees and surprising collaborations, making it an enjoyable watch on the whole.

The winners of MAMA this year were more or less close to expectations, so to say, as no one ended up getting “Busker Busker-ed” (although I would’ve enjoyed seeing fans’ reactions had that actually happened). One of the few rookies that managed to take home several music show wins upon debut, Winner quite deservingly took home the New Artist Award. The iconic “Some” by Soyu and Jungigo also won Best Collaboration, while Epik High’s highly praised comeback this year earned them Best Rap Performance.

Some of the slightly more surprising wins came from, firstly, Sistar, who beat out two major contenders – SNSD and 2NE1 – to take home the Best Female Group award. Infinite and Girl’s Day were also not exactly the forerunners in their respective Best Dance Performance categories, but their wins could be justifiable as Infinite as a group is fairly well-known for their dancing (specifically their synchronisation), and Girl’s Day’s “Something” dance was parodied a number of times throughout the year. 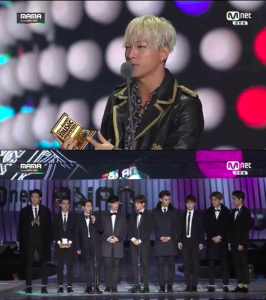 The daesangs this year were awarded to Taeyang and Exo, who also swept up a number of other awards that night. Taeyang’s “Eyes, Nose, Lips” won song of the year. The song was indeed deserving of the award, considering it had gained immense popularity and love, being covered (and parodied) by a number of artists. His comeback also earned him Best Male Artist and Best Vocal Performance. Album of the Year went to Exo – Overdose did feature some of SM’s best tracks this year, namely “Moonlight” and “Thunder.” However, their Artist of the Year win was more debated, as some felt that IU was a better candidate. To others, though, their win was justified, as Exo’s physical and digital sales were admittedly very strong this year, and they have undeniably high popularity.

Aside from awards, MAMA also presented numerous stages by attendees both on the red carpet and during the actual show. Most artists performed two or more of their released songs, usually with a surprising element added, whether it be modified choreography, special appearances or simply the fact that the song had never been promoted before. Furthermore, there were a number of collaboration stages, which are always entertaining to watch.

After performing their individual songs, Girl’s Day and Ailee collaborated to perform Ariana Grande’s “Problem.” The song choice is commendable as it gives off a sassy vibe which fits right in with Ailee’s style, and the infamous high notes also demonstrated the singers’ vocal prowess. On that note, I do think the stage should’ve been carried out by just Ailee alone, or Ailee, Minah and Sojin. While Sojin’s parts were stable, and Minah and Ailee did a spectacular job hitting their notes, Hyeri’s two lines sounded grating, and Yura’s rap didn’t really do the song much justice either. “Problem” should’ve been left up to the more experienced vocalists. That being said, their stage presence was nevertheless amazing.

IU also performed a number of stages that night, and one which especially stood out was “Fly, Chick,” an emotional tribute to Shin Hae-chul. The stage was beautifully presented, with IU simply singing seated at the centre of a small orchestra on stage, and was a meaningful addition to the awards show. She also performed for the first time her collaboration project with Seo Tai-ji, “Sogyeokdong,” another toned down but hauntingly beautiful stage. My only complaint would be that the key change midway through the song was slightly disorienting, but I have nothing put praise for the two singers’ execution of the song.

Seo Tai-ji’s appearance at MAMA was in itself quite the highlight, considering the singer is a legend in Korea. After “Sogyeokdong,” he proceeded to perform his song “Christmalo.win” and “Come Back Home” from his Seo Tai-ji and the Boys era. The latter song, performed with Vasco and Zico, brought up the energy level of the performances, and the other artists certainly responded to that with a high degree of excitement, standing up and jamming along to the music. The audience reaction was comparatively more lukewarm, most likely because it consisted of younger fans, and fans who are less familiar with the senior artists of the Korean music industry. It’s moments like these that make me think that MAMA would be better off held in Korea.

On the same subject of legends, John Legend is another well-established artist MAMA somehow managed to invite. I personally love Tiffany, but I was grateful that her “duet” with the artist lasted for only about twenty seconds, with her and Exo’s Chen performing the first part of John Legend’s “Green Light.” I preferred seeing John Legend himself execute the rest of “Green Light” and the entirety of “All of Me,” and he delivered them wonderfully. It was touching to see him putting his emotions into the latter; it really sets him apart as a veteran musician.

Finally, there were some moments scattered here and there throughout the awards that were quite noteworthy. Mnet showed they sure knew how to milk a situation when they showed Nichkhun on-screen not once but twice when Tiffany was receiving the popularity award on behalf of TaeTiSeo. South Korean president Park Geun-hye also appeared through video, which I guess was supposed to show the importance of the awards ceremony but came off as incredibly out of place. 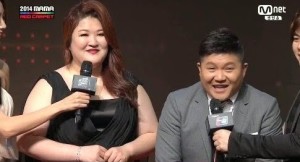 Lee Guk-joo and Jo Se-ho made a comedic appearance to give out the Best OST award and add some humour to the night. Remember the kiss Mnet had promised? That was supposed to be between the two comedians; however, Jo Se-ho withdrew at the last moment, admitting he couldn’t do it even though it was MAMA. Regardless, their performance brought about a wave of screaming and laughter, from both the audience and the guests.

Overall, MAMA 2014 did not disappoint. There were many award winners that received approval, and some not so much, but in the end, I think these things should be taken with a grain of salt. Either way, the performances are really what make MAMA entertaining and something to look forward to each year.