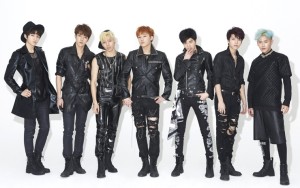 This year’s Mnet Asian Music Awards (MAMA) is fast approaching! On December 3rd, the 2014 MAMA will open in Hong Kong at the AsiaWorld-Expo Arena. This awards show is one of the biggest year-end shows for the Korean music industry, and wide array of artists are already confirmed in attendance.

Adding on to that list of artists, CJ E&M has announced a second concert lineup, including Infinite, IU, and Sistar! These high profile artists will be joining Taeyang, G-Dragon and Exo, who were part of the first round of the list of confirmed performances for the evening. To add even more anticipation to the star-studded concert, the company has also revealed that these idols will be joined on the stage by John Legend, but it’s unknown with whom the artist will be collaborating with.

MAMA is also well known and loved for its popular collaboration stages. In the K-pop world of neatly divided company labels, MAMA provides us with one of those few cross-company interactions that so many fans are dying to see. No word as of yet as to who the collaborations are going to be this year, but CJ E&M is promising one between two popular male singers — one a hot artist of 2014 and one an established legend — as well as a dynamic boy group performance. 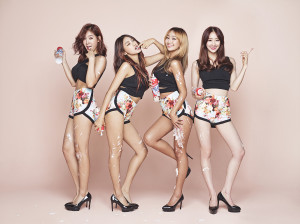 With the awards coming up very soon (December 3rd is already this Wednesday!), be sure to vote every day to support your favourite nominated artists! Voting has been ongoing for over a month, but many artists are still neck and neck in the polls, so make your vote count. At the time of writing, the top two contenders in some categories are separated by less than a percentage point; Best Male Group is teetering between Super Junior and Exo, and Best Band Performance could go to either CNBlue or FT Island! It’s still anybody’s game, so vote with your Mnet ID, Facebook or Twitter account here.

What collaborations do you want to see? Which performances are you looking forward to?