2014 Proves to be a Rollercoaster Year For 2NE1 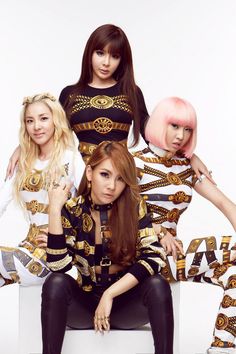 2014 in K-pop has been a whirlwind year to say the least. Amidst all the controversy, one particular group which has frequently been making headlines this year is none other than the talented ladies of 2NE1. Their ever increasing popularity seems to know no bounds, and as they make moves to conquer the world, more and more news of the girls conquers the media. We provide you with a round-up look at everything 2NE1 related over this eventful year.

With the release of their second full length-album, Crush, in February, 2014 started off on a high note. It received a plethora of positive reviews and managed to top charts, as well as receive a multitude of awards. It even debuted on the Billboard 200 chart at No.61 with the highest chart position and the biggest sales week for a K-pop album to have ever been achieved. They soon embarked on their sold out All or Nothing tour that visited 15 cities across Asia setting the tone of what seemed to be a promising year.

As everything seemed to be going incredibly well, in July they were hit by a serious scandal that is still haunting the group to this day. Reports emerged that Park Bom was found to have tried to smuggle over 82 pills of amphetamine tablets into South Korea from North America in 2010. Amphetamines are a banned substance in South Korea, and they were detected by airport officials during customs proceedings in a package that she tried to have delivered to a relative via airmail.

CEO Yang Hyun-suk attempted to clear up the incident by stating that Bom was on medication prescribed by an American University Hospital at the time of said occurrence due to trauma that she experienced as a child. As she could not go to the US due to a busy schedule, they were being delivered to her relatives house, and upon presentation of proof of medical records and prescriptions, the investigation was immediately cleared and charges dropped. The response to the scandal was one of shock amongst sympathy and anger. Many felt she was getting off lightly due to her status as a celebrity and as a result of the situation, Bom was forced to take a step back from the limelight, restricting her public appearances, as well as leaving the variety show she was filming — the first season of SBS’ Roommate. 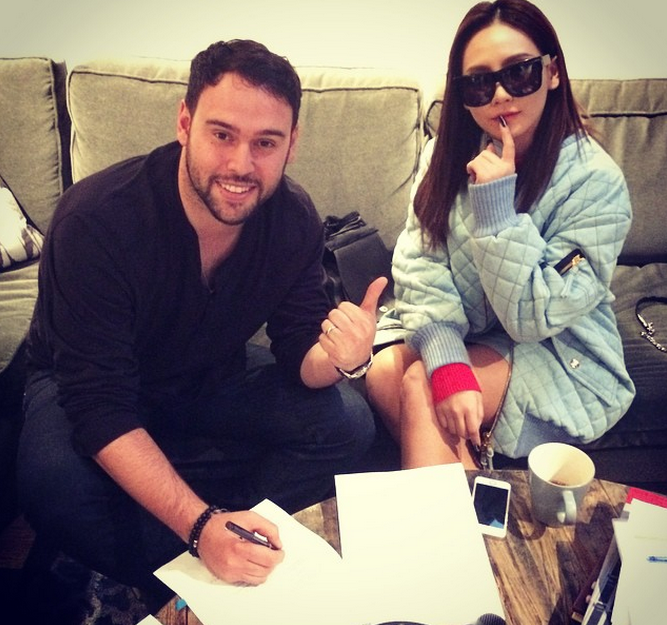 Next to Bom’s drug smuggling scandal, one of the other major stories for the group this year is the announcement of CL’s impending solo debut in the US. Having officially signed a management contract with one Scooter Braun, manager to a few pop stars you may have heard of such as Justin Bieber, Ariana Grande and K-pop’s very own PSY, she is now preparing to release her first stateside album in Spring of 2015. The announcement gave rise to a few fair number of questions that fans were debating over for a while. Is this the beginning of the end of 2NE1? Will CL be able to succeed in the US? How will she fare as compared to other K-pop artists who have dipped their toes in the US market?

If you ask this author’s opinion, I’m quite optimistic that she has a pretty good shot at making a memorable impact on the pop scene at least. PSY’s success, a phenomenon though it may be, has allowed the Western audience to get an insight into K-pop music and has made them more aware of the fact that firstly, it exists, and secondly, has piqued many people’s interest into a genre that they were probably not exposed to earlier. Certainly, K-pop has since been given more attention in Western media. 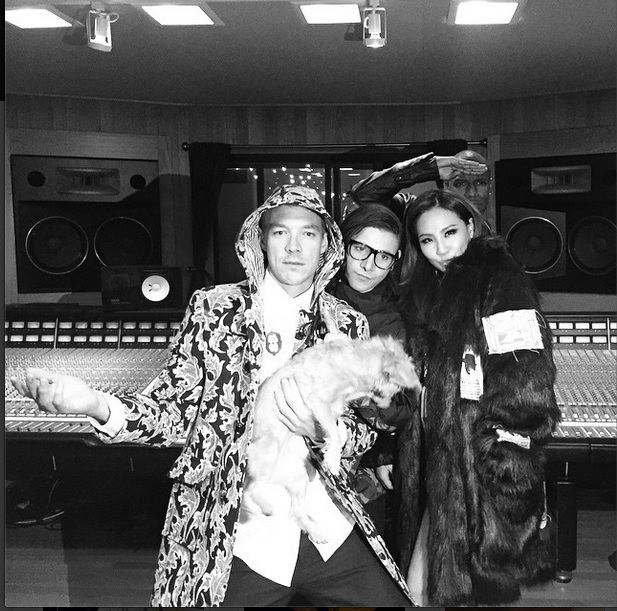 But whereas PSY entered into the market more by an accident founded on humour, 2NE1 already has an appeal that has allowed them to gain an established US following that is steadily increasing. Their song “I Am The Best” is featured in the latest Microsoft Surface advert, and just recently, they were crowned with the number one spot for Billboard’s top picks of the best K-pop albums of 2014 for Crush.

Furthermore, a certain Will.I.Am has been known to work with the girls previously, and has spoken about his love for the group. To add on to the list of famous producers they liaise with, CL revealed she has recently worked with Diplo for her upcoming album, whom she also performed with at the 2014 Style Icon Awards to positive reception. She has also been working with the dubstep producer Skrillex  on a track called “Dirty Vibe” also featuring G-Dragon. The track was released earlier this week.

With her charisma, style and appeal as a performer, CL could arguably go on to burst onto the US scene with a bang depending on how YG plans to execute the debut. But amidst all of this focus on CL, one question still remains: what is to happen to 2NE1? As CL will be focusing on her solo debut for the forseeable future, fans have been contemplating the future of the group, especially with previous speculation that Minzy wanted to leave when she took the “21” out of her social media account name. Though rumours of disbandment have been rubbished by YG, and Minzy’s account restored, fans have still been understandably on edge about any news of the girls. 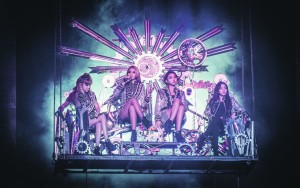 However, in the middle of all this, reports have arrived that an updated version of “I Am The Best” has been re-released on iTunes by US music label, Capitol Records, and the original version subsequently taken down. It also gained spins on radio stations in the US, WODS Boston and WBMP New York. This event has of course fueled rumours regarding 2NE1’s potential signing with Capitol and of course an impending international debut that could possibly be on the horizon. Though it’s too early to jump to any conclusions, its clear their popularity is still growing, and hopefully this serves as a sign that the group as a whole is not leaving us yet.

In other news, on the 5th of December, the girls were invited to perform on the finale of Cycle 21 (loving the coincidence here) of America’s Next Top Model, shot in Seoul, as well as meet with the modeling contestants backstage. Their performance can be seen below.

What was interesting about this performance and backstage interview was that though it may have been pretty cool for Blackjacks to see them on the show, a lot of fans expressed concern that it was less about 2NE1 as a whole group, but rather more like ‘CL and friends’ with more emphasis being put solely on her, whereas the other three members were sort of left to fade into the background. One may argue that dues to CL’s proficiency with the English language and the fact that she’s the leader of the group, in addition to the charisma she so effortlessly oozes, has something to do with why it seems she was overshadowing the other members. However, you could also argue that both Bom and Dara can also speak the lingo, and they all know how to rock the stage pretty well, so things should have been less CL-centric. Expressed was concern that CL is being given preferential treatment due to her impending US debut whilst others pointed to the shows’ editing for the blame. 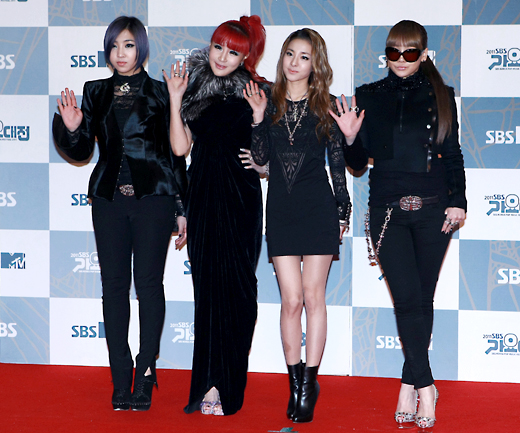 Most recently, after initial reports from a YG representative that 2NE1 as a whole will not be attending any end of year events or shows, the latest rumours are claiming that they will in fact be attending the SBS Gayo Daejun on December 21st, but alas only as a three-piece. In light of Bom’s drug scandal, she will not be attending the show which will come as a disappointment to many fans, and is again beginning to add further fuel to disbandment rumours. It is still unclear as of now whether or not they will be performing or are just simply going to enjoy the show.

As CL looks to dominate the world, is it possible that we may see further breaks in musical barriers between the K-pop and West? Who knows, if CL succeeds then maybe the other members will take the leap and follow her into new territory as a group, provided we can keep them all together. As of now, all four members are still in the midst of fulfilling a series of fan meetings throughout Japan in December, across a series of venues in the cities of Tokyo, Osaka, Fukuoka and Aichi.

So readers, what do you make of all the 2NE1 announcements/controversies this year? Are you looking forward to CL’s debut? What do you think is in store for 2NE1 in 2015?