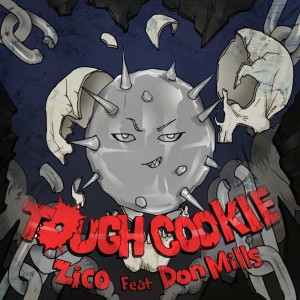 It’s been 3 years since Zico gave up his place in the underground rap scene to debut as leader of Block B, and after seeing his group reach new heights of success in the past year, he has decided to return to his hip hop roots with a solo debut.

“Tough Cookie” is his attempt to reclaim his spot in the K-hip hop community. Although the song and video definitely distance Zico from his pop image, “Tough Cookie” is simply an imitation of hip hop stereotypes. Zico seems more like he is pretending to be a rapper than claiming his spot as one of Korea’s top rappers.

“Tough Cookie” is an obvious love letter to modern American hip hop, both musically and visually. The track, with its deep bass, ominous sounding orchestral notes, and blaring siren in the background, seems crafted to imitate the songs one would hear on a US radio station. Repetitive and unremarkable, the music leaves room for Zico and Don Mills, the featuring artist, to take center stage with their raps.

If Zico’s goal was to prove his prowess as a rapper through “Tough Cookie,” he succeeds. His rapping has a nice flow, and having a whole song to himself allows him to showcase his different styles of rapping in a way that isn’t possible in a Block B song. Don Mills’ rap fits well with the song and stands out without stealing the spotlight from Zico. The rapping is more interesting than the musical track or the MV, making it without a doubt the best part of this release.

“Tough Cookie” is a typical boast song and Zico flaunts his success with a cockiness that perfectly suits the hardcore rapper he claims to be. Adopting the stereotypical vulgar rapper persona, he drops f-bombs and asserts his dominance over his detractors.

In his insults, however, he takes the persona too far and uses a homophobic slur. Using such a slur is all kinds of problematic, and it is not justifiable simply because this is a hip hop song. Many hip hop songs convey their points without using offensive and inappropriate slurs and Zico could have easily created one. His choice to use a slur simply reinforces the ignorant idea that hip hop is an intolerant and hyper-violent genre. 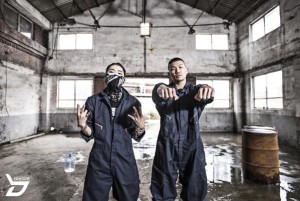 The MV for “Tough Cookie” is filled with stereotypical images that likewise propagate popular and inaccurate ideas about hip hop. In most instances, though, the images are more silly than offensive. The video has no plot to draw viewers’ attention, instead relying on shots of Zico rapping in various sets to make up the whole MV.

He raps in front of a shiny car, in between two women shaking their butts, and on top of an oil drum while masked bicyclers circle him. There are also some even stranger sets, such as a bathroom and a bathtub filled with chocolate chip cookies. In all, though, Zico’s locations leave no hip hop stereotype untouched; greed, violence, and sexiness are all well represented.

The fashion of the MV is as “thuggish” as one might expect. There is no lack of gold chains, bandanas, or baggy clothes, all of which practically scream “WE ARE COOL RAPPERS.” Zico even dons a diamond encrusted grill over his teeth for the majority of the video. Even in the realm of fashion it seems “Tough Cookie” can’t catch a break — one of Zico’s jackets has a Confederate flag patch, and the inclusion of this notorious symbol of racism in the US adds yet another controversial aspect to the video. 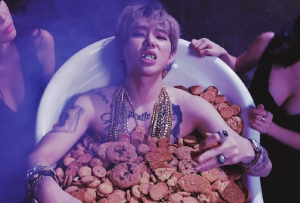 Despite strangely comical scenes in which Zico raps in a bath of cookies, Don Mills takes off his shirt for no clear reason, and a girl eats a banana in a sexual manner, the video itself is really sort of boring. Watching Zico and Don Mills assume various rapper poses becomes tedious after a while.

The members of Block B make an appearance in the video, as do Jay Park and Loco, but none of them are enough to rescue the video from its tedium. Most of the MV’s elements will be familiar to a US audience or anyone acquainted with US rap culture, and while this close resemblance may have been Zico’s goal, it doesn’t create a very stimulating viewing experience.

For fans anticipating Zico’s return to his original hip hop style, “Tough Cookie” is likely very satisfying. It is a great showcase of Zico’s rapping skills, and the MV features tons of time to admire Zico and his swagger. For those hoping to hear Zico’s unique take on hip hop, this replica of US hip hop stereotypes is disappointing — especially when considering the offensive and problematic aspects of the release. As a solo debut, though, “Tough Cookie” accomplishes its purpose. Zico proves that his days in Block B have not changed his ability to create tracks like those of his underground days, and he remains true to his imperfect idea of hip hop style.

What did you think of the MV, readers? Look out for an article later this week further discussing some of the non-musical issues with “Tough Cookie.”