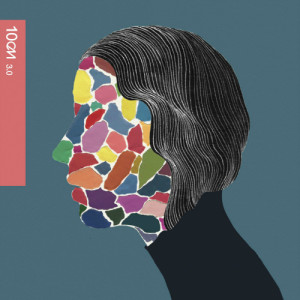 10cm, the Indie band that brought us sweet and sentimental songs like “Americano” and “Fine Thank you, and You” has returned after two years with their album 3.0. In this album, Kwon Jung-yeol of the beautiful voice and Yoon Cheol-jong of the talented fingers, place before us an impressive medley of sounds that make the commonalties of the indie genre feats of excellence.

It is plain to see that this album has captured what we love about indie music with its soft and traditional sound. But if I may pour a little honey into your already warm milk, 3.0 to a degree has also renewed indie music. By incorporating strong elements of rock, pop, and a dash of neon into their album, 10cm has shown us that beyond the conventional indie, there are many more combinations we have yet to hear and experience.

Ingenuity at its finest is when we hear a track titled “3rd Album Burdens.” In the first track of the album, 10cm ponders aloud what kind of songs they should produce. Hilariously enough, we hear an “Americano” reference. With a melody that sounds reminiscent of rural life beneath the shining sun, the song is light and playful. 10cm opens with this song as if they are asking what sort of music listeners want and like. In this way, “3rd Album Burdens” is making a musical attempt to interact with fans.

Relying on the raw and rough sounds of Yoon Cheol-jong’s guitar playing, the next track “Cigarette Smoking King” is a testament to the union of rock and indie. Kwon Jung-yeol’s pitch climbs higher and higher in attempts to do justice to the theme of the song, which is brash and bold. Following this is “Stalker” which deviates dramatically from the other two songs before it. Based on the title, the song assumes a more sensitive and pained melody in which the central figure feels like a “stalker” because he cannot grow into the person he believes is lover deserves.

Liking someone who shines

Because I’m a quiet person with glasses

But I can’t do anything, I can only look

But do I make you that uncomfortable? Am I the bad one?

The MV for “Stalker” features poignant scenes from the French film Lovers on the Bridge. Both the song and MV are overwhelming in their use of pathos and mark the beginning of the most moving songs included in 3.0.

“Caress” is by far the strangest inclusion in 3.0. The lyrics bluntly express carnal frustration which the MV seems to embody perfectly. As a reality that affects humans alike, 10cm comically directs this song towards adults.

Slipping back into a sentimental persona, “Missing You” is the epitome of indie. The monotony and loneliness experienced by separated lovers is captured in the MV in that we see people snacking on comfort foods, staring at blank laptop screens, or reading books backwards. The song is an excellent illustration of the simple things we miss and can no longer have because of breakups. The chorus of “Missing You” is one constant phrase, therefore making it an easy song to remember and understand the meaning of.

Although it is the most different song on the album in terms of title, “The African Youth” could be more enjoyable if the melody was switched with that of “Between Becomes Inseparable.” A little less tropical and more tribal and resonant. Much can be said in praise about 10cm’s inclusion of this diverse and poetic theme in their album. As soon as you look at the track list for 3.0, your eyes immediately find “The African Youth” and you look forward to hearing the rest of the album with a smile on your face. 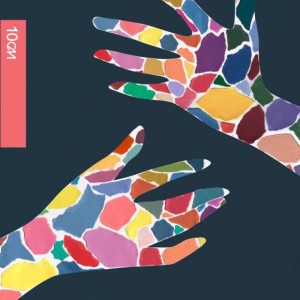 From this point onwards, the tunes are more prominent examples of “tales treading on truth” and makes us miserable with a reminder that the album is coming to a close. “Why do Women Always Get Upset,” “Dreams Do Come True,” and “Crush” are the most realistic songs offered by 10cm because they discuss in detail human emotions and the human body. Soft melodies, clear vocals, and a few lighthearted interjections serve to make these three songs satisfying conclusions to 3.0. “Crush” as the last track on the album imprints in our minds with its nostalgic musicality.

10cm is a duo with repute that is well-known among the K-indie scene. Thanks to 3.0, they are able to enhance that repute and take it to a new level. Their album embodies realism, human emotions as forbidden as lust or as silly as jealousy. Most importantly, their album asks questions and makes an effort to communicate with fans and listeners of K-indie alike. Two guys; one playing a jembe and crooning away while the other accompanies and strums his guitar, is an elaborate example of what can be created with a passion for music and an eye for the simplest of human emotions.