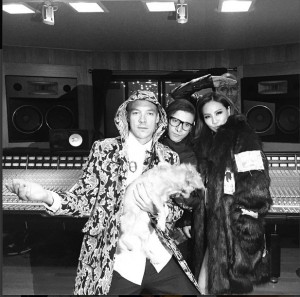 In the lead up to her US debut, CL has continued to tease her fans with a series of Instagram posts hinting at her upcoming work. Her latest post is of her, Skrillex and Diplo (and a dog) fooling around together in the recording studio.

In the days prior to this photo, she has also posted a range of photos giving an insight into her creative process for the upcoming album. One photo shows off some impressive tech skills, with the mixing board in her recording studio being tinkered with to spell out “DIPLO + CL + SKRILLEX”, accompanied by the hashtag “#EVERYDAYYY.” CL also treated fans to a happy snap of her and Skrillex, and a chic photo with Diplo. 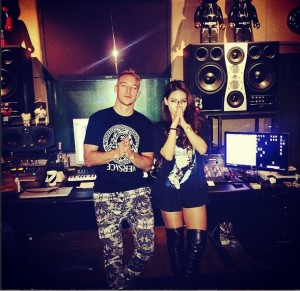 All these sneak peeks into her planned collaborations leave no doubt that CL will be bursting onto the American music scene in style.

Fans can get an idea of the kind of music that this collaboration will result in by watching CL’s recent performance with Diplo at the 2014 Style Icon Awards in Seoul.