Scrolling Down the Webtoon Lane 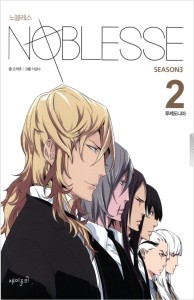 Let me begin on a self-congratulatory note: I have read every possible completed English-translated manga of every genre. I can safely proclaim that I am somewhat of an unspecialized expert when it comes to manga. However, my experience with manhwa has been a shaky affair.

The first manhwa that I remember reading had incest for a storyline where the siblings fought against the world to validate their ‘love.’ Of course, one turned out to be adopted and then their relationship wasn’t taboo anymore. I endured the torture because I had nothing better to do in life. And since I was stuck in an indefinite state of joblessness, I continued reading shojo manhwas which often had the same stories as their Japanese counterparts. The only one which I liked back then was a mafia au, gender bender manhwa but my love for it is questionable since I don’t even remember its name, much less its plot.

Now this is where my biggest achievement in life – refer to first line of the article – comes into play. Last month, afflicted by infinite boredom, overpowering existential crisis and habitual procrastination, I decided to give manhwas a shot because I did not have any mangas to read, and stumbled upon its offspring, webtoons

And now, I have a new purpose in life – To read every webtoon possible.

What I write next is as a newbie. I may lapse into needless fangirling, pretentious over-analysis, or even, appalling generalizations but more than anything, it is a tsundere coming in terms with her love for an influential genre of manhwa.

The style of webtoon cannot be compared to the Japanese manga, at least artistically. The manga has seen a shift in aesthetics recently with artists developing a proclivity for more ‘realistic’ depictions but beautiful people are still the norm which has led to the (laughable) division of ‘serious realistic’ manga and the ‘trivial’ – the word ainvayi captures the essence better – largely shojo mangas. Needless to say, such a highbrow – lowbrow division in popular culture should and does raise some eyebrows. 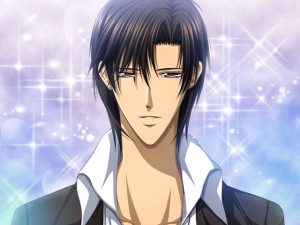 But in webtoons, the ‘realist’ form is increasingly becoming the norm. Let me clarify ‘realist.’ By ‘realist’ art form, I do not mean characters that fail to conform to conventional beauty ideals but rather characters that are not only their beauty. Take Skip Beat for example. Beauty becomes a characteristic of Ren. There are entire panels dedicated to show how gorgeous his face is which is fantastic because he does have a gorgeous face but the glorification of a single kind of beauty has become a staple in mangadom.

Physicality is an essential component of mangas. Towards the Terra which falls under ‘Mecha’ has a huge focus on the physicality of spaceships, robots, and machines. It’s not as if the genre demands such a focus on the shine of the metal but this is the aesthetic choice made by the manga. Details, therefore, become important. Hence, you’ll have separate eyelash appreciation panels or alloy appreciation ones.

And all of this is not bad. It is just a technique to further the story — Noblesse (webtoon) does it too albeit differently from traditional mangas — which is why I think it is unfair to compare the art styles of the two. However, the art styles directly influence characterization and plot development and that is where the comparisons can be drawn.

Focusing too much on the aesthetics of the character has allowed mangas to thrive on stereotypes. Ouran High School Host Club satirized this tendency brilliantly. Therefore, the moment a bespectacled, good-looking guy is introduced I know he will be good at math, and that he’ll have the least literary presence. The ‘type’ culture has turned characters into literary devices which makes a story predictable. I knew Kaname was going to die in Vampire Knights after reading the first ten chapters of a 93.5 chaptered manga because despite being a great manga, it fell victim to overused ‘types.’

Webtoons (or the ones I have read so far) defy that convention. I am not talking about the traditional manhwa art as employed in Goong with its unnerving eyes and extremely thick hair which resemble flames. I am talking about Trace, Cheese in the Trap, etc. Webtoons are so invested in character development that outer beauty is rendered needless. It borrows from the realist tradition in giving its characters tremendous psychological depth. You could not have possibly predicted the Rose arc’s twist in Trace because nothing about Jang-mi could be comfortably ‘typed.’ Hong Sul in Cheese in the Trap may come off as paranoid to some but to others (like me) she is someone extremely relatable which is a huge achievement because having relatable female leads in shojo mangas is unheard of. 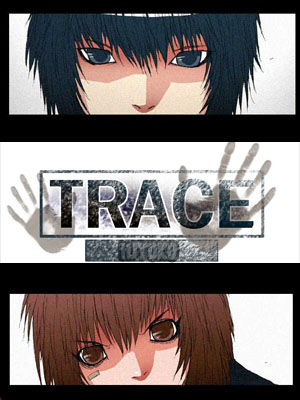 Veering away from the Japan-Korea debate, let’s focus on another unique aspect of the webtoon: the “endless scrolling” format. Mangafox said that Trace had around 180 chapters which had me excited because that ensured longer routines of escapism. But my manga reader showed that each chapter contained approximately 5-8 pages. Betrayed and beyond despair, I decided to finish it within a day out of vengeance.

It took me four days to finish it.

Seasoned readers already know why it took me such a long time. Each chapter is posted onto one long page and it resembles a 50 page chapter of a manga in length. One panel flows into the other, one point of view threatens to converge with another except that doesn’t happen. The reason why it doesn’t happen is because of the economy of panels.

The number of panels is quite limited and never do they have more than 3 panels clumped together. Vertically, each panel or group of panels is separated from the other with a large chunk of space in between. There is a certain degree of minimalist neatness to webtoons which is again co-dependent on the neatness and simplicity of the coloured art.

While one can do a million things with colours, webcomics categorically avoid doing so. I haven’t seen any webtoon over-indulging on colours. The productions cost limits the use of colours and that limitation has led to a structural innovation. The refusal to display the power of crayons once again, keeps the readers’ attention literally onto the story, the narrative. Colours then don’t add to the aesthetic quality but work as devices of meaning. So if someone has blue eyes, it won’t be the copper sulphate blue but rather the blue of a colour pencil set of six – basic. The colour then is not for the poetic heart but for the impact it has on the reader-decoder. Does the blue unnerve you? Then the colour is part of character’s personality. It is an odd contrast of shabby art meets spacial neatness which makes for a unique experience.

The most important function of the “endless scrolling” and the amateur-ish use of colour is the representation of movement. Opening one’s eyes can be a big deal – confer it with a webtoon. Usually represented across three panels, if one scrolls quickly, it resembles a motion picture. Apart from the wowness of it all, the subsequent action gains gravity because it demands, after that quick, almost inattentive scrolling, you stop. The final picture is not the opened eyes – it resembles the previous two panels to a numbing extent – it is the picture after that which makes us halt. The simplicity of colours ensures that there are no parallel illusions happening. There is also the use of blurring or fading in a single panel to focus and defocus our attention which makes for quite a visual ride. My empty eye-freshener bottle is evidence. 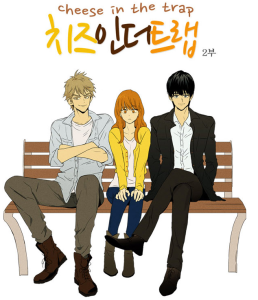 Minimalism seems to be the mantra of webtoons as it uses dialogues judiciously. Of course, it depends on the genre. If you have something like fantasy, you will have to explain the fantastical aspects of it at length. But webtoons don’t do it because it is more interested in creating the fictional world as the reader reads. To put it simply, you start reading it with a set of givens but the complications are shown to be experiential.It is one thing to have a character talk and talk about his past in one dialogue box but it is another to show and experience the past. This validates information and also helps us connect to the character more. Webtoons usually employ black-and-white art for representing the past and coloured for the present.

Lack of chunky dialogues also makes reading faster i.e, motion, once again, becomes key. Dialogues are important but it is not the key source of information – action is: action and motion of reading and scrolling amplifying the action of the webtoon. The importance of motion-reading also varies from genre to genre. A “battle” type would be a faster read than romantic ones. A webtoon loses this effect when it is actualized as hard copy since all panels are squeezed together. The traditional manhwa does not suffer from the same drawback because it was conceived within a print culture while webtoons is an entity of a digital culture.

But be it “battle” type or “shojo” type, all webtoons are concretely embedded in the “slice of life” genre which is probably where all the ‘realistic’ claims come from. Webtoons deal with class issues, specifically, in a very straightforward fashion. There are disenfranchised and marginalized communities in South Korea who are brutally affected by capitalism. Behind the fur coats, Etude advertisements and Galaxy tabs lies a proliferating population of the have-nots. Class and differential access to resources are  constant themes in a lot of webtoons across genres. 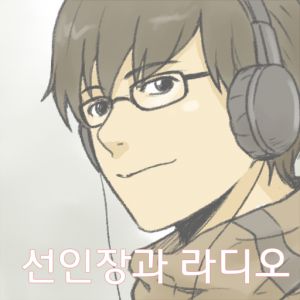 However, despite nurturing the potential of a cultural movement, webtoons still haven’t made a mark. Part of it lies in the sheer ignorance a considerable population exhibits in subsuming the webtoon/manhwa culture and under the broad and erroneous brand of mangas but the major problem lies in translation, or lack of it. A lot of webtoons have been translated only up to a particular chapter, or have not been translated at all. What is produced within the country stays within the country and the ones which get exported are the popular ones. In addition to translation, there is the issue of distribution. Mangafox has only 24 chapters of Cheese in the Trap, the rest have to be accessed at Naver. I left that webcomic because I couldn’t navigate through the site, not to mention they expected me to download multiple softwares. Similarly, a lot of webcomics are taken down when artists get a sponsor.

Mangas and webtoons often serve as spaces for escapist fantasies. If I feel that my realm of fantasies is unreliable, it is difficult for me to trust that space which is pretty much what the problem with webtoons is – their unstable production makes it difficult for the creation of a strong market. An ‘ongoing’ webtoon promises a chronicle of a death foretold.

And on that note I come to a close with my explication on webcomics. For those who have been part of the manhwa community for long, do you think webtoons are an upgradation from manhwa, or should they be treated separately? Is there any way webtoons can be made accessible to a large audience? And while you are it, suggest me some webtoons to while away my precious time (and future)?