Despite being newly debuted, Lovelyz has already been caught up in their first scandal due to serious allegations against member Seo Ji-soo. These shocking allegations cover a wide range of misconduct, many of a sexual nature. Please Note: Trigger warnings for sexual harassment, rape, and suicide below.

Accusations against Ji-soo first began appearing a few weeks ago but gained steam several days ago. Since then, they have only picked up with more girls coming forward. One of the first charges claims that Ji-soo roleplayed as Infinite and Exo members in 2012 on Kakao Story. While this is an innocent enough activity for a teenage girl, the worrisome part is that Ji-soo apparently said overtly sexual things along with appalling statements such as “I want to rape Do Kyungsoo.”

Things only get worse from there as Ji-soo was then accused of spreading nude photos of an ex without their consent. One victim even said that Ji-soo secretly filmed them having sex and spread it to the company the victim was working for. The victim ended up having to quit her job and even attempted suicide.

In addition to these allegations, more claims of Seo Ji-soo being manipulative and abusive surfaced. One victim stated that,

We were lovers and she always asked me for sex and to take pictures of the act. Whenever I said I did not want to, she’d get mad at me and accuse me of not loving her and verbally abuse me sexually

Ji-soo’s abusiveness was not limited to one account, sadly. Other girls have also come forward with stories of manipulation and abuse, saying that they remained silent because they had liked her and had not thought to keep a record of the things Ji-soo did while dating them.

These accusations are extremely serious and should be taken so. For many of these claims, however, there is no physical proof of Ji-soo’s wrongdoing. What these girls have uploaded instead are selcas that Ji-soo sent them to prove that they knew her. Other proof offered has been messages on Kakao Talk, phone numbers, and Ji-soo’s shipping address on a gift to the victim.

While this is all circumstantial evidence, it does not mean that the accusers are simply making these claims up. One of the problems in identifying abusers is that they often act normal and pleasant to the public and are only abusive to one or a select number of people. In addition to that, it is extremely hard to prove emotional and sexual abuse. As the same victim quoted above said,

I read posts accusing other victims of there being a lack of evidence. I understand that this is all terrifying and hard to believe. But to ask me of proof of sexual harassment? I am living proof of it.

Just because she was nice when you met her that doesn’t mean she never did those things right? You were all just fooled

Woollim Entertainment have flat-out denied any wrong doing on Ji-soo’s part and have stated that they will take legal action against the false allegations.

This is a notice from Woollim Entertainment. Regarding the rumors circulating about Lovelyz Seo Ji-soo, they are absolutely false.

The world is pointing fingers at one girl prior to her debut and this incident has become publicized to the point that it will be difficult for her to live as a celebrity, much less as a human being. We beg of you. Please appear. If your reason for not coming forward is because you’re a sexual minority, then do not pretend to be a victim. If you really think you have a good case, come to the police station and cooperate with us.

This is about the life of a girl. If Seo Ji-soo did even one thing wrong, we will take all legal responsibility.

Of course, the drama doesn’t end there. Claims of Woollim favoring Seo Ji-soo have also been made by an ex-trainee. The ex-trainee asserted that Woollim knew about Ji-soo’s rumors but shielded her and kept her from leaving several times. They also turned a blind eye when Ji-soo had a boyfriend — something that other trainees were cut from the company for. In addition to this, Ji-soo frequently lied to the company that she was being bullied by other trainees.

Official investigations by the cyber investigation team at the Seoul Mapo Police station have begun and the police are currently obtaining warrants to begin tracking IP addresses. Woollim has also halted promotions for Seo Ji-soo and she has been admitted to the hospital for psychological treatment for mental distress due to the the spreading of viscious rumors about her.

In response to Woollim’s statement, the alleged victims of Seo Ji-soo posted on Daum:

Do you really think this is just a girl becoming victimized pre-debut? Us minorities were ridiculed and were subject to unnecessary harassment because of this girl. Do we not have rights? Are we not people? Does Woollim truly agree to this?

We are not victimizing ourselves using the fact that it is hard to reveal ourselves due to our sexual nature. We were victimized because we are sexual minorities by Jisoo. She used the fact that we wouldn’t be able to act rashly because of our nature. Society doesn’t look upon us with favor, so we don’t have much power. The louder we speak the bigger the stone that is thrown at us. Don’t you think Jisoo was trying to use these things? 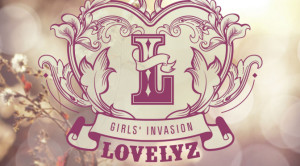 However, just because an investigation takes place does not mean that a concrete conclusion can be reached. As stated earlier, it is hard to prove emotional and verbal abuse to law officials, but that doesn’t mean it didn’t occur.

I personally find myself supporting these women as I am always on the side of the victim in matter of sexual crimes. Yes, these allegations could be false (and I will apologize if so) but the majority of rape and sexual harassment accusations are true. It takes a tremendous amount of courage to call out the perpetrator and on top of that, these girls are essentially outing themselves in order to do so. In a country where homosexuality is not even close to being widely accepted, these women face severe consequences if their sexuality is revealed.

Which is why Woollim’s statement is so misguided; by saying that a person is not a victim because they are afraid of their sexuality being revealed, Woollim is preying upon the same thing that allegedly allowed Ji-soo to manipulate and abuse these girls.

So before you comment on the situation, ask yourself — why do I feel the way I do?

If you believe that she is innocent, is it because Ji-soo is innocent until proven guilty? Do you need some sort of tangible evidence to believe these claims even though hard proof is not often obtained in cases like this?

Do you feel there is a responsibility to side with victims? One account (not included in this article) has been proven false. Are you willing to admit your mistake if the rest are as well?

And for those who have decided to remain neutral, are you waiting for these claims to be refuted? Proven? Does staying neutral inadvertently help one side over the other?

It is likely that the public will never get the full story but, no matter which side is true, somebody has paid a high price for that truth.