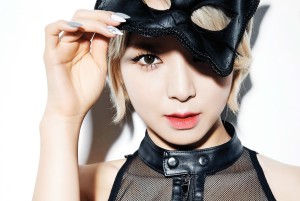 2014 has certainly been a promising year for AOA. Building on the success of their earlier releases this year, the angels have returned once again in all their sexy feline glory with the release of their second mini album Walking Softly — and it’s turning out to be another step in the right direction.

I have never been much of a fan of AOA. Sure, I’ve found myself humming along to “Miniskirt” on more than a few occasions, but like many others, I found the whole dance group/band unit concept behind the girls rather confusing, and frankly quite disappointing. As their first mini album emerged, I grew to appreciate their attempts at creating their own sound. However, with the release of Walking Softly, there is a lot of growth in the girl’s style and they seem to be settling in comfortably with the musical direction to deliver a very concrete and impressive collection of songs.

The album is a solid continuation of the sexy and more mature concept that they are working this year. It starts off on a soft note with the intro track “AOA”, a loving ode to the fans, provided through a gentle acoustic melody combined with the sweet vocals of Choa, Yuna and Jimin. You can hear the tenderness in the girls voices as they sing about their love for their fans but unfortunately it lasts only under a minute. The song ends with the lyrics:

We gonna rock your world
Ace Of Angels

Thus swiftly setting the listener up to the fierceness that is “Like a Cat” — where they show us exactly how they’re going to rock our world.

As the title track, this single is more a fun yet sultry statement of confidence and dominance from the girls than anything. Another joint effort with the Brave Brothers gives us another up-tempo production reminiscent of “Miniskirt” and “Short Hair” but with an added flare. The production provides some fresh elements creating a mix of funky guitar riffs, piano accompaniments, acoustics and trumpet blasts all propelled forward by a powerful snare which creates an invigorating mix, but at the same time comes across as too multi-layered at times, resulting in a sound where too much is happening at once. However, once the beat settles in and the arrangement allows the song to breathe during the incredibly addictive la-la-la-lalala hook, the song tends to come into its own so we can enjoy the cat burglars in action. 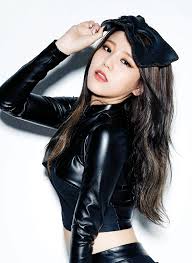 The lyrics show no signs of self-doubt as the girls assert the way they will seduce their lover “Like A Cat”, who will become infatuated with their presence. These are delivered well but are overly processed so we can’t really distinguish between the girls based on vocals (except for Jimin of course). However, for a track of this nature, this isn’t an outstanding issue since the focus lies on the visual impact rather than the singing. Overall, it’s a fun track with a catchy hook teamed with chants of ‘I’m good I’m hot I’m fresh I’m fly’ which perfectly epitomizes everything the song is about, and is illustrated exceptionally well in the MV.

Next we have “Girl’s Heart” — another track with Brave Brothers written all over it. Where “Like a Cat” has a more empowering undertone, this song shows a stark contrast as it depicts the more vulnerable side to the girls as they lament to their lover of the tortured feelings within their hearts as the relationship gets patchy. It starts off sounding like a ballad but gains tempo into a soft rock melody as we ease into the song. Accompanied by breathy vocals, heavy harmonies and a complimentary rap that adds some attitude, this is a pleasant sounding song that utilizes Choa, Yuna’s and Jimin’s vocal dynamics well — a recurring feature that we hear across many songs on the album.

“Just The Two Of Us” follows up in a similar fashion, but with a more slow tempo sultriness that makes it an appropriate choice for the boudoir. The style of whispered honey vocals mixed with more pronounced falsetto notes are delivered very distinctly whilst keeping the emotive substance behind the lyrics, demonstrating how well these girls can actually sing. The sensuality of the song as well as the spaced-out funky bass instrumentals allow the girls to better shine vocally, in a very confident mature manner that is becoming synonymous to their sound.

Next on the list is “Time”. If “Just The Two Of Us” defines the intimate aspect of the relationship, then “Time” defines the reminiscing emotions felt post-breakup.

Following a similar singing style to the previous two, it feels as if AOA has figured out the vocal formula that allows them to deliver their songs incredibly well, and they seem to be sticking to it. It’s filled with multiple breathy vocals and harmonies that compliment the simple piano melody well. Allowing Jimin to take a step back from her usually strong rapping in this song provides a good choice because again it allows us to focus on the vocals and emotions in the song, as if we’re following the girls on a journey that hits its peak with the falsetto notes toward the end. This is a ballad that is quite capable of bringing the listener to tears.

We finally end with “Tears Falling,” a powerful emotive ballad that almost gets you feeling the same pain felt in the lyricism of the song. A mid paced snare mixed with drums and electric guitar surrounds the lead vocals where Choa and Yuna balance each other very well, providing what is easily my favourite song on the album. It demonstrates how well the girls can mix in with band elements added to their music, something that they really need to make more use of. I imagine a live performance of this song would play out very well as this style of music really suits them.

Overall, this is a very solid album. The girls seemed to have been searching for a signature sound in their first mini album but in Walking Softly, they have settled into their dynamics well and are following it through to the end, making full use of the vocal capabilities of the lead singers and adding rap sections where necessary for that extra flair. The Brave Brothers collaborations are still going strong, and it’s nice to see some more jazzy elements added into the mix; however, my issue is that aside from “Like a Cat”, a few of the tracks sound incredibly similar in style where I feel the group is fully capable of diversifying their sound even more, especially if they were to utilize more band elements. Nevertheless, it’s still a passionate album to listen to with a distinctive AOA flavour that delivers emotions well, and has definitely turned me into a new fan.