Getting to Know You: A Guide to "Roommate," Season 2 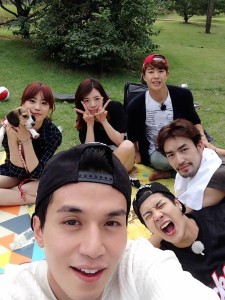 While season one of Roommate was lukewarm, season two’s start is almost too hot to handle. With new household additions, loud and eccentric personalities thrive in the house, providing the laughs from the get go.

There is only so much entertainment you can get by watching people live together, yet this season’s cast are raising the bar from last season. Roommate primarily draws a viewer’s interest through the celebrities who appear on the show and despite the varieties in age and occupation; this brings limited amounts of new viewers if they don’t already have an interest in the celebrities. Would you watch an episode of  2NE1TV if you had no interest 2NE1? No. Season one did not do too well in the ratings despite the star-studded cast, but now with the addition of new cast members, Roommate has the chance to increase it’s viewers.

This season’s cast plays host to some big names in acting, music and comedy with seven new additions to the house along with five of the old faces from season one. With Girl’s Generation’s Sunny, gag woman Lee Guk-joo, G.O.D’s Park Joon-hyung, Got7’s Jackson, KARA’s Heo Young-ji, actress Bae Jong-ok, and actor Ryohei Otami, Roommate has acquired not just the star power but also the personalities to shake things up.

Guk-joo is a comedy force to be reckoned with, making Girl’s Generation’s Yoona fall to the ground laughing for one instance. She has such an energy that just draws you to her; it’s probably all the dancing, but her wit and personality keeps you there. She has even had a proposition from rookie Young-ji to teach her some skills.

Joon-hyung, is loud and uninhibited in his expressing himself, earning t 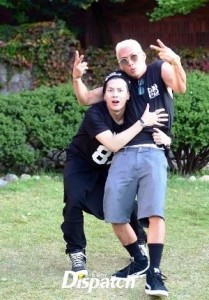 he title of the middle aged ‘kid’. His personality can rub you up the wrong way in the beginning. However, he grows on you easily with the way he interacts earnestly with others. Age difference does not seem to be a problem for him, easily getting along with the younger members of the household such as Jackson.

Jackson will flip you on your back in a second unless ex-Roommate member and this season’s guest Song Ga-yeon gets him first. There should seriously be a drinking game created where you have to drink every time Jackson does a flip in the first episode. He is like a younger version of Joon-hyung, uninhibited in expressing himself, even running away when Song Ga-yeon visits the house in fanboy madness.

The youngest member of the household, Young-ji, is adorable, almost pupp- like in her will to play and please everyone. Readers please note that if on idol safari, a Young-ji can be clearly defined by her unique laugh and love of lettuce and octopus. If anyone still had any doubts about her entrance into KARA, this show might just make them change their minds. Her pure excitement and wonder when someone knows her name and willingness to entertain with a performance of “Mamma Mia” shows just how much KARA really means to her.

Sunny’s personality is just like her name — bright, friendly and interacting easily with everyone, with a few quirky antics thrown in here and there. Meanwhile the personalities of  Ryohei and  Bae Jong-ok gel well with the others, with easy going personalities that bring balance to the almost 4D personalities around them.

Due to these new additions, the old cast are not getting as much attention as they did last season. Followers of the show have already been introduced to the personalities of Lee Dong-wook, After School’s Nana, Jo Se-ho, Park Min-woo and Seo Kang-joon. Since this is the beginning of the show, it is easy to focus on fresher faces though they all have their moments, with their personalities fitting seamlessly in with the new cast. 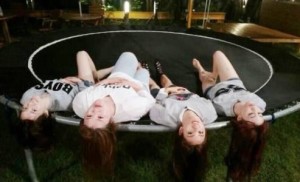 This season’s cast seem to have taken almost no time in becoming comfortable with each other, contrasting season one’s cast heavily. In season one, Kang-joon and Min-woo never really culminated that friendship that everyone was hoping for when they became roommates. Both are back now and rooming with different people, a move that was for the better with the antics of Kang-joon and new roommate, Jackson, becoming very entertaining to watch. They are already close enough for Kang-joon to give Jackson a face-mask and trim each other’s nose hairs. Ridiculous antics such as these riddle the first six episodes, creating opportunities for the cast to become close in such a short time.

The cast seems to feed off each other’s personalities really well, bringing laughter to the house from the very beginning. From late night music performances, melodramatic drama skits, martial arts lessons and hypothetical house auctions, the cast seems to be always laughing. Their antics will leave the viewers rolling on the floor laughing with them. It is clear now that this new season is defined by humor where last season was by drama.

The differences in age, occupation and culture only serves to further add a more complicated and interesting dynamic to the show. There is a diversity of cultures in the house, with Korea, Japan, US and Hong Kong represented. Now, when the cast goes on adventures discovering their neighborhood, there will always be someone with no prior knowledge that can learn something new. 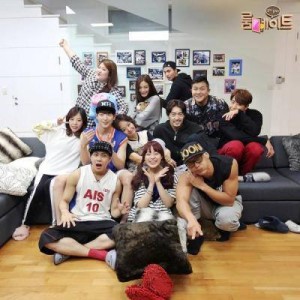 Cast members have an opportunity to teach each other new things, giving them something to bond over. It was very interesting to see that Japanese Ryohei and Korean-American Joon-hyung get along so well together as roommates considering their differences in personalities and cultures. Instead of hindering relationships, the culture differences seems to enhance them, with the cast introducing new aspects of their cultures to each other.

All the roommates, not just newly debuted Young-ji and Jackson, have taken the opportunity to learn something from the other housemates. The house has already held a English lesson complimentary of Jackson and Joon-hyung and a acting lesson from Jung-ok. This not only allows the cast to bond together, but it also invites the viewer to learn something too. Through these aspects, the cast have been able to grow together in such a short time.

Joon-hyung said in his interview at the beginning, ‘Roommate has no script’ and cameras are following these celebrities all day. Roommate is a show where to a certain extent, celebrities can’t fake their personalities and relationships. Though this is show business, and with actors, idols and comedians who play characters for a living, we are stuck with a seemingly honest cast that enjoys the time they spend together. There is only so much entertainment you can get from watching people live together, but the season seems to prove this wrong time and time again. Now let’s just hope it continues.