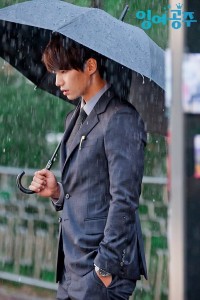 With news that Surplus Princess‘s episode order had been cut from 14 to 10, viewers were understandably worried. It didn’t help that the news came out just as episode 8 was about to air, meaning that the the production team had to scramble to tie up loose ends in less than two weeks.

At the time of the announcement, the big question was whether the Surplus Princess team would try to continue the Ha-ni/Hyun-myung pairing or place her with Si-kyung.

However, despite my worries, Surplus Princess executes the Hyun-myung/Ha-ni relationship flawlessly. The gradual build-up through the series hastens in episode 9 but is not rushed, and the realization of their feelings in episode 10 is beautifully done. Their time together, though short, is sweet and endearing, and it makes it even more heartbreaking when Ha-ni does disappear.

Her disappearance, though, is an interesting choice, as it raises many questions. We, as viewers, have been led to believe that Hyun-myung and Ha-ni love each other, but why is that love not enough for her to stay human? Is it then not true love? Or perhaps while they have feelings for each other, they haven’t been together long enough to have fallen in love? 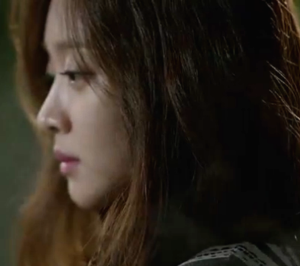 This event is even more mystifying when she suddenly returns at the end of the episode. How does she return? What happened to her a year ago? Why does she return directly to the surplus house and not a river bank?

Sure, her return results in a cool, superhero-like scene when she arrives, but I can’t help but feel cheated.

Ha-ni’s disappearance leads to the exploration of pain and loss of the other members. It was difficult to watch their pain but also tragically beautiful, such as in the scene where they dine together and remember their lost friend.

That the drama seemed so ready to commit to this loss makes the one year jump even better — yes, they miss her, but life goes on — which is why I could not understand the choice to have her return. There is no foreshadowing, nothing to even suggest that it is possible she could return.

Surplus Princess created a set of rules and then changed them without even a subtle hint to the viewer. Had there been some sort of explanation, I don’t think Ha-ni’s return would bother me as much as it does. 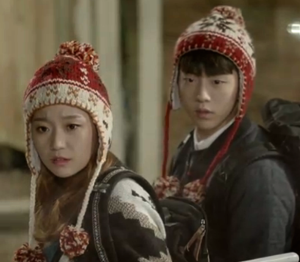 But aside from Ha-ni’s sudden return, the ending episode is great. Big and Hye-young finally getting together has been long awaited. Their budding relationship was adorable to watch, and I’m glad she finally accepts her feelings for him. Ji-yong’s secret relationship with the office manager is also cute. Even Jin-ah’s turn around is welcome, although I wish she had begun reforming before the last episode.

While I was definitely bummed that Surplus Princess‘s episodes were reduced, the decision did make sense. The drama was not bringing in good ratings due to a number of factors. Although the timeslot and one episode per week format probably added to the low ratings, I have to admit that the plot of the drama did begin to disappear around episode 5 and 6.

The plot meandered, held together only by brief scenes of the characters attempting to prepare for the competition. This was probably a turn-off to most casual viewers since it made the drama only enjoyable to those who connected with the characters and liked their interactions.

In fact, a common criticism of the show was Ha-ni’s characterization. The wide-eyed, naiveté that her character was built on is fine for the first few episodes but not enough to carry the show through its drifting episodes. The rest of the cast anchors the show. This allowed many viewers to survive until the plot begins to pick up again in episode 8.

Overall, though, Surplus Princess was a fun watch because of the numerous pop culture references and parodies, an eccentric but well-rounded cast and a love triangle that garnered much interest from viewers. Surplus Princess won’t be winning any awards, but it was great while it lasted and will remain memorable for its quirkiness.

Satisfied with the ending? Or, like me, were you rooting for Si-kyung?