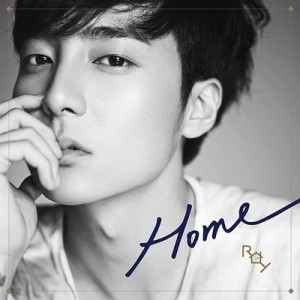 Among mini album and single releases, it is always a joy to see an artist stick to the more prolific format of the full album. Roy Kim, winner of Superstar K4 in 2012, does exactly that with his sophomore album Home. After the success of his first release Love Love Love, many aficionados of the folksier, less overproduced sound of his music were looking forward to his new work.

The album opens with “영원한 건 없지만 (Nothing Lasts Forever)”, the beginning of which immediately reminds the listener why Roy Kim is often likened to one of South Korea’s great singer-songwriters, Kim Kwang-suk. His emotional, solemn voice pores over soft piano, which slowly intensifies throughout the song.

The lyrics of “영원한 건 없지만“ make it the perfect, if slightly ironic, first song on the album: Roy Kim sings about the inevitability of endings, whether it be in love or other aspects of life. The speaker in the song knows this but still hopes that certain values will remain, that positivity will prevail:

“After everything passes, I hope there will only be love”.

This heart-warming message is followed by “가을에 (When Autumn Comes)“, a fragile gem on the record. Roy Kim talks about everyday wishes and fears, which might have also crossed the one or the other reader’s mind as they were strolling down an autumn street, watching other couples and being made acutely aware of their own loneliness. Here, the guitar, the instrument most associated with Roy Kim, is the most important instrument, occasionally underlined by a string arrangement. Additionally, Roy Kim’s falsetto during the chorus leaves an especially memorable impression.

Three songs in, the single off the album, “Home”, appears. Once again mainly accompanied by a guitar, “Home” perfectly captures the theme of loneliness already established in the previous songs but this time with a positive twist. If the audience had problems understanding what exactly a ‘healing song’ is supposed to be, this is a perfect example: Roy Kim offers his open ear and his services as a best friend to the disappointed and hurt listener/addressee of the song.

The next song, “날 사랑한다면 (If You Love Me)“, changes the tempo and adds a stronger energy to the album. The speaker begs his past lover to love him again, but sadly the intense confession falls a bit flat. After the emotional journey of the first songs, “날 사랑한다면“ might not convince every listener and sounds more like a filler track as a result.

Luckily, the album picks up again with “잘 있나요 그대 (Now I Know)“, which features singer-songwriter Jung Ji-chan. The chord progression is a bit reminiscent of one of Roy Kim’s earlier singles, “Love Love Love”. Yet, the inclusion of an electric guitar evokes an even stronger country feeling.

This song, too, deals with regret and missed chances. And once again, Roy Kim does so in such a natural way that a listener may easily identify with the lyrics when they hear:

“I hated going to school when I was young
Now I just want to go back
Why do people never know when they have it? How precious it is?”

After such self-reflection, yet another steadily growing ‘healing song’ presents itself with “롱디 (Hold On)”. Roy Kim once again presents the listener with what seems to be his current philosophy: one must try to find the good bits in between all the messiness that characterizes our lives and try to prevail through each hardship thrown our way. The song also features the only larger portion of English lyrics, which constitute the climax of the song. 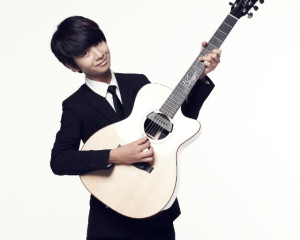 The second collaboration of the album is “Curtain”, which features guitar prodigy and YouTube star Jung Sung-ha. Surely much anticipated by anyone who’s seen one of Sung-ha’s covers before, “Curtain” is one of the definite highlights of the album. A song about a beloved one who is reluctant in showing their feelings to the speaker, “Curtain” is probably the piece closest to the folk tradition that has undoubtedly inspired much of Roy Kim’s work.

The raw, clear sound of the recording, which only seems to feature Roy Kim’s voice and Jung Sung-ha’s masterful guitar playing, makes the listener feel as if they were sitting right there at a bonfire with the two musicians. This is an unusually direct musical experience that one seldom encounters in any kind of pop music.

The last official song on the album is “멀어졌죠 (Far Away)“, and it too can immediately evoke a lively image inside the listener’s head. Roy Kim again sings about a failed relationship. The heavy strums on the guitar and the slow, deep piano notes paired up with distinctly Bon Iver-sounding background singers make “멀어졌죠” sound like the perfect tune to listen to while nipping on one’s third bottle of soju (a behavior that we here at Seoulbeats in no way condone) and regretting every wrong choice one ever made. It is an impactful, saddening last official track on a similarly emotional album.

Those who would rather not end on such a solemn note will enjoy “Thank You”, the bonus track. The rock-influenced song is truly a beautiful way of ending Roy Kim’s journey Home: after he has continually offered support and consolation with his songs, it’s finally the singer’s turn to thank the ones who did the same for him. 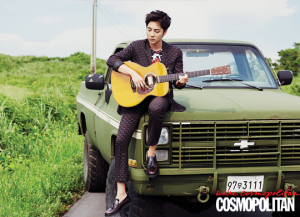 Roy Kim comes full circle in his latest album, and he does so in his own intensely emotional, melancholic, yet always hopeful way. Home gets 4.75 out of 5 because there is not much that could have been done better. The singer maintains his signature sound and mostly sticks to little instrumentation, which some listeners may dislike. But, though Roy may seem mysterious, he gives his listeners songs that make him seem real and palpable. He sings about ordinary life, about disappointments and regrets, and he still tries to find a lesson within them.

Now, Roy Kim is no philosopher, and he probably won’t change the world. But it is nice to know that there is a place for him and his music in such a fast-paced entertainment industry. 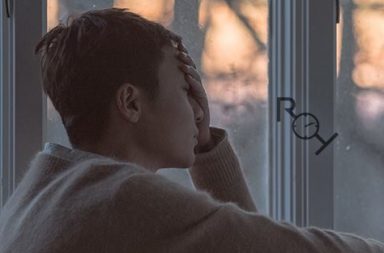 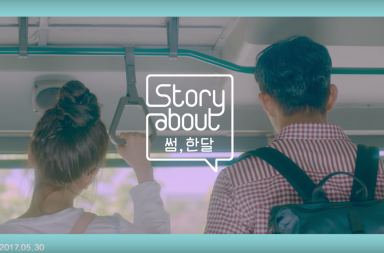