Plus Nine Boys, Episodes 1-10: The Calm Before the Storm 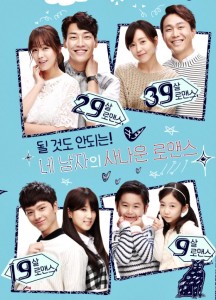 Plus Nine Boys is a little drama that slowly wormed its way into my heart with its quirky premise and its cast of realistic and grounded characters. When its teaser was first released, it already caught my eye for its portrayal of romance over a spectrum of ages and personalities; it’s practically like watching four mini-dramas unfold.

In the Korean culture, there’s a belief that the number 9 is cursed. In this case, the four male leads are essentially doomed, especially in terms of their love life. The four charming leads are 9-year old Dong-gu (Choi Ro-woon), 19-year old Min-gu (BTOB’s Sung-jae), 29-year old Jin-gu (Kim Young-kwang), 39- year old Kwang-soo (Oh Jung-se). Beyond that, the drama seems to be playing the game “How many ways to subtly insert the number “, from the character names down to the elevator floor, the ominous 9 constantly makes it appearance.

With the slice-of-life approach and the humanistic touches of the characters, the end result is quite a breezy watch with relatable characters that are relatively angst-free. Certain characters and relationships are left ambiguous on purpose, as the show takes its own time to tease and unfold the respective histories at a later date. 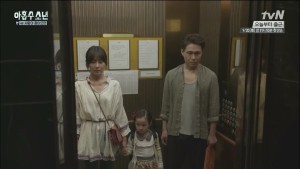 For bachelor Kwang-soo, his hot-cold relationship is still somewhat of an enigma. The recent episodes have Da-in (Yoo Da-in) being much more receptive to his advances, although she still makes an effort to distance her family from him. The lack of communication on her part was definitely a huge contributor for her misery in their past relationship; and unfortunately, this problem doesn’t seem to have improved in the present. She’s still vague and unreadable and Kwang-soo is just blindly trying to bulldoze over her walls. While Kwang-soo thinks it’s all roses and flowers due to the marginal positive reception, the fact is, he still has no clue what is going on in Da-in’s head and her previous motivation for the break-up. And without that conversation taking place, it’s difficult to buy that they will get back together happily since they are essentially avoiding the elephant in the room.

Jin-gu’s best-friends-to-lovers storyline is probably my favourite, since it’s a true to life story for many people out there who face the dilemma of falling for your friend. While we see his Casonova skills being put to use often, Se-young (Kyung Soo-jin) is the special person that his skills don’t seem to work on. She’s the only girl who’s not falling over herself for him, and the only girl that he’s ever been truly sincere about. Even his friend balks at the amount of aegyo that erupts from him in her presence.  Their tight friendship is appropriate grounds for him to tease her to no end, like a preschooler pulling the pigtails of a girl he likes. 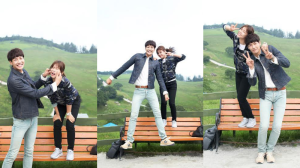 While his first confession was met with rejection, the explanation about their past really helped the audience sympathize with Se-young. Knowing his playboy ways, it would be tough to believe his sincerity after being burnt the first time round. Still, Go-eun‘s sudden presence served as a good kick in the butt for Se-young to discover her own conflicting emotions arising from jealousy. While her makeover was unnecessary, it highlighted how Jin-gu was already heads-over-heels in love with her anyway, even when she’s dressed like a tomboy and stuffing her face. His awe at her prettiness was absolutely adorable, and his second confession definitely proved his seriousness about a relationship, even going to the point of putting their friendship on the line. While all seems fantastic as of now, it’s seemingly too good to be true, and trouble seems to be brewing, perhaps in the form of two other good friends who are in love with both of them.

The other two boys have fluffier storylines. Min-gu falls in love at first sight, which is so ridiculous and a hilarious poke at all those clichéd plots about destiny. His crush is sparkling in white lights and angelic pureness, although we find out that Soo-ah (A Pink’s Chorong) is actually a club-loving country girl who breaks boys’ hearts. Casting an A Pink member and styling her to play up the innocent and pure first love image was a great fit, but then flooring expectations with the twist in her character took it a step further. It’s uncertain how such a fling will even work out, but they do both seem rather invested in this rather superficial relationship. However, I see misunderstandings on the horizon with Soo-ah’s secret identity slowly coming to light and her desperation to hide it from Min-gu. 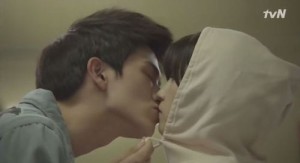 Dong-gu has his own love triangle and life crisis at 9 years old, which I find absolutely entertaining. The use of typical love triangle lines such as “Oppa, you’ve changed” with such teeny-weeny actors reminds us how cheesy the lines are. For me though, I am more invested in Dong-gu’s waning cuteness and popularity as a child star, or the “Harry Potter effect” as they call it. Infected with the celebrity disease at such a young age, the dent to his ego by upcoming child actor Do Min-joon (ha) is no joke, and Choi acting as a bad actor is possibly the funniest thing ever.

Other than the little one, it seems like everyone else’s relationships are on the uptrend with the females finally responding to the guys’ advances. Not only is the script highly entertaining and fast-paced, the soundtrack is absolutely spot-on and it makes for a very enjoyable watch. The parallel storylines prevent the overall series from becoming draggy, although with six more episodes to go, this is probably just the calm before the storm, before the happy ending. I love the characters, and I love the relationships. More, please.

Anyone else keeping tabs on Plus Nine?

For Your Viewing Pleasure: Showing Some Skin