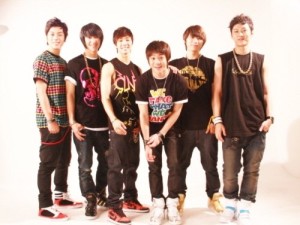 In this K-pop Throwback, we take a look at the six boys of Beast, who celebrated their group’s anniversary on October 16, when they made their debut showcase and live performance on the same day 5 years ago. To celebrate their anniversary, Beast is also in the midst of a comeback. But, like any other K-pop heavyweight, Beast actually made a rather humble debut.

Even before their debut, the media was not optimistic of the group’s potential success since they were known as a ‘recycled’ group or, put more harshly, a group of rejects. Hyunseung was eliminated in the final stages of Big Bang’s debut, Doojoon didn’t make it into either 2pm or 2am, Junhyung was previously a member of Xing, and Kikwang had already done some solo work under the moniker AJ. With this amount of failed reputation preceding them, it was understandable that the public had pretty much already written Beast off their radar before their debut.

Thus, it was all the more important for Beast to impress with their debut song and album to prove something to everyone. Song-wise, “Bad Girl” is a catchy synth-filled dance track that’s quite the easy listen, but, as a debut track, it probably didn’t do Beast any favours. As someone who only got into them after “Fiction,” “Bad Girl” still made it into my jam-worthy playlist anyway.

Written and produced by Shinsadong Tiger, who is responsible for a sizeable chunk of Beast’s title tracks, “Bad Girl” fits quite well into his repertoire with its ear-wormy chorus hook. Although the members are all generally good vocalists for an idol group, the track still utilizes a notable amount of auto-tune and electronic effects, which was frankly not necessary. But it’s still a very Beast-styled track, even if it didn’t distinguish them from the throngs of K-pop groups as a debut should. That said, it’s rare that a group’s debut is ever done 100% right anyway.

If anyone told me Beast was going to be one of the biggest K-pop boy groups from their debut alone, I would have laughed my head off and bet no way in hell that it would happen. One of the best things about Beast is their choral harmonization and, in turn, their great live skills, which “Bad Girl” didn’t do a great job of showcasing. The choreography was so-so, the MV was typical, and they were easily written off as any other boy group in the sea of pretty singing boys. 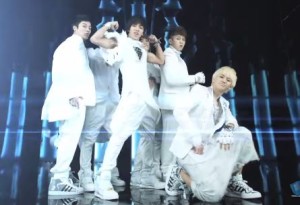 While it might have been more meaningful to cover a more polished Beast track for this Throwback segment, it seemed fitting to remind us all of the boys’ early days, if only to relish in their amazing progress since then. Although “Bad Girl” was a generic, safe, and ultimately forgettable debut, Beast quickly turned their fate around with impressive follow-up tracks that proved that they weren’t just another K-pop group.

In their debut album alone, Beast already strived to present themselves as well-rounded. “Oasis” is a great acoustic track on the EP that hinted to us, that Beast had something more to them. Fortunately, their company Cube Entertainment definitely saw their potential and responded by constantly marketing their heart-stirring ballads alongisde their upbeat dance tracks.

The upside to Beast being a group of rejects is that they are evidently more professional compared to freshly minted rookies. “Bad Girl,” while relatively electronic, never runs the risk of overpowering the vocals of the boys, and it allow the listeners to indulge simply in the addictive melody. It’s a common habit of producers to compensate for weak vocals with noisy instrumentals, and thankfully, “Bad Girl” has very little of that.

The style of Shinsadong Tiger and the well-melded harmonies of the boys somehow mesh fantastically together to create some pretty awesome K-pop must-haves. Even without a standout debut, the boys were quick to shed their newbie image with subsequent title songs that showed off their maturity and skillfulness. I mean, less than two years later, the boys slayed the K-pop market with “Fiction” in all its penguin dance glory.

In any case, it’s so satisfying to see a truly talented K-pop group make improvement in leaps and bounds and prove their worth by producing good music. Who even cares anymore that they are a group of rejects? It just means that at their debut they were uncut diamonds yet to be polished. Here’s to wishing Beast a happy fifth anniversary — may the 5-year curse never bite!