T-ara Goes Over the "And&End" 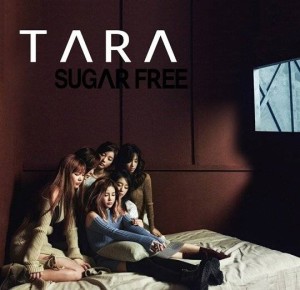 T-ara has been making constant, valiant struggles for success for over two years, with every release type under the sun. While they’ve never managed to reclaim their throne, their last group comeback sold decently, as did the solo debuts of Jiyeon and Hyomin. Now, T-ara is making another go of it with And&End.

And&End opens with the first of two versions of title track “Sugar Free”. Despite being titled the “Big Room Version” with track two as the presumably normal one, the Big Room version is the one T-ara has been promoting. “Sugar Free” is yet another EDM dance track, but it’s actually good. That should surprise no one, as both T-ara and producer Shinsadong Tiger are known for their dance tracks, but in a year where most EDM has been stripped-down, repetitive and boring, the sudden quality is shocking. “Sugar Free” is EDM you’d actually want to dance to. The fine line between the EDM sound and overdoing the autotune and post-production work has been balanced. This is a bombastic club song that makes every member sound damn good. “Sugar Free” is honestly T-ara’s best title track in years.

The normal version of “Sugar Free” is a bit of a letdown. It cuts out a lot of the dance breaks and scales the autotune back in order to put more emphasis on the vocals. This isn’t bad in theory– lord knows T-ara can never have enough vocal validation– but the end result is a song that sounds more noisy and cluttered that the EDM version. Still, it’s a good listen, and it does let the lyrics pop more. T-ara are comparing their relationship to a sugar free drink. It used to be sweet, but now it’s just bitter, and even when he tries to be sweet, it’s not the same. This is a more unusual relationship metaphor, but it works. T-ara may hate the sugar free, but I sure don’t. 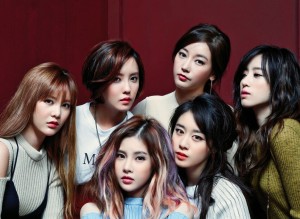 “Too Good To Give Away” is a pleasantly breezy number that uses each members vocals well. The music is sweet and simple, bringing to mind Parisian street music with a very well-used accordion. And under the gentle romantic tone is the frustration of friend-zoned girls the world ever. T-ara is speaking to a male friend who has never made a romantic move, but also tries to prevent them from dating others. They ask “Am I too good to give away?” wondering if the reason their friend is protective because he’s interested. They say point blank “Can you be a man and tell me straight up?”, unwilling to put up with the hot-and-cold treatment any longer.

“ORGR” is a stereotypical T-ara song, heavy on the autotune, light on the content. It’s also loaded with lyrical dissonance. The song sounds like it’s a relaxed number about letting go of things. In reality, “ORGR” is the theme song of mean girls the world over. T-ara is dumping their boy toy, and mock him for daring to be upset about it. “ORGR” is a very callous, unlikeable song. No one likes the mean girl, they’re just afraid of her. That unlikablity is compounded by the production. While “Sugar Free” was EDM done right, “ORGR” is a how-to on bad EDM. Over-processed, over-autotuned, and over-repetitive, this is And&End‘s definitive low point.

“Last Calendar” is the requisite ballad of misery and loneliness. Each member sounds clear, crisp and stable; it’s quite lovely. Unfortunately, the song as a whole sounds like an extremely lazy showtune. The do-wop melody is generic, the vocals lovely but bland, and the lyrics are just depressing, full of the sense that T-ara has given up on life. The whole thing reminds me of Grease 2. Nothing good ever makes anyone think of Grease 2, and that’s coming from someone who actually likes it.

And&End closes with “If I See Her”, another ballad, but one miles ahead of “Last Calendar”. The beat has a staccato piano as the backbone, giving the whole song an angry undercurrent. Like “Last Calender” everyone sounds clear and stable, combining for a intoxicating choral effect. Unlike the prior track, there’s actual emotion present in the song. T-ara is suffering from a bad break-up, and instead of wallowing in their misery, they are trying to move on. But they can’t, not because of how much they loved him, but because he cheated on them with a friend. The betrayal and dumping just fuel the pain of the other, convalescing into a mass of emotional pain T-ara wants to get out of, but can’t.

And&End pulls a bit of a bait-and-switch, opening with the bombastic “Sugar Free” before switching gears into a more gentle, sorrowful EP. That said, it’s still a good listen, and proves that T-ara still has it.