Everything has a secret, even K-pop and the world it opens for people. Korean music leads to Korean dramas. Appearances in Japan introduce fans to J-pop and anime. Anime leads to manga and J-dramas. Of course, you can start with any of those things and find your way around that whole web. But there’s one thing that often eludes fans, an island unto itself, cut off from the Hallyu wave: Taiwan. More specifically, Taiwanese dramas.

Taiwan has as long a history with dramas as Korea but has tended to import rather than export entertainment. The result is a entertainment culture that has been influenced by other cultures and has evolved as a result but hasn’t influenced those same cultures in return. Thus, T-dramas have a different set of usual mores and rules — college settings far outpace high schools, tones are closer to reality, and they’re far more risqué — than Korean ones. And those differences are starting to draw attention, as producers in Korea have taken to adapting these outside-the-domestic-norm-dramas, and have done very well, most notably Witch’s Romance and Fated To Love You. That said, there are some Taiwanese dramas I’d like to see remade sooner rather than later, with these as the top 3. 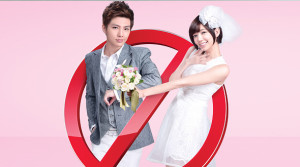 A germaphobe with OCD buys a small marketing company and proceeds to suck the fun out of the place. In a sign of desperation, the employees decide to get their boss to fall in love and hopefully loosen up. This is the premise of Just You.

The art of the work-com has been lost in Korea, and it is chomping for a comeback. Just You is an ideal choice as it has a great premise, and an adaptation could streamline the narrative and create a good variation over a clone. In the series, CEO Qi Yi and employee Liang Liang end up sharing a house on top of a place of employment.

While that is comedy gold — they meet-cute with Liang Liang dropping her towel — it would be easy to write that aspect out, crafting something new for the adaptation and unique in the current drama landscape. Plus, that would make it tame enough for KBS, SBS, or MBC to air without worry. Kim Soo-hyun would be excellent as the savvy businessman with a heart of panic. Puff Kuo was alright in the original, but casting someone like Yoon Seung-ah who’s a bit more devious would turn this potential adaptation into a sure-fire hit.

Office Girls is not a great drama. It’s barely a good one. Honestly, it’s best watched with a) booze, b) the fast-forward button, c) Candy Crush, or d) all of the above close at hand. But it has so much potential to be great; Office Girls just needs a better writer, and an adaptation would give it that. It’s wholly unique in that while the conflict comes from the difference between pretty rich boy heir Zi Qi and the salesgirl Xin Ren, the whole drama is about Zi Qi needing to learn to be like Xin Ren — frugal, devoted and capable of working hard. She’s the ideal, and, while Zi Qi may have money, he’s got nothing else. He has to work up to her level instead of the other way around. 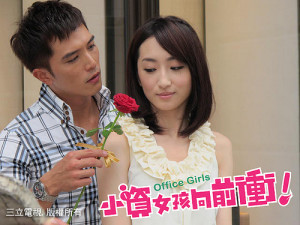 Sadly, while Office Girls has a great premise that turns every other drama on its head, the execution is lacking. The pacing is slow, the episodes are aimless, and I don’t think anyone knew what the end game was, especially the writer. Alice Ke and Roy Chiu‘s zippy chemistry is the saving grace of this series. Under a more talented hand, like Jung Hyun-jung, an adaptation of Office Girls could be a smash hit, breaking all the drama rules and crafting new, less sexist ones. Toss in a couple of comedic actors, such as Yeon Woo-jin and Jung So-min and — boom! — comedy goodness.

Devil Beside You is the result of sticking two major tropes — flirty step-siblings and all girls want bad boys — into a blender and serving hot. Qi Yue is in love with Yuan Yi, the star of her colleges’ basketball team, but bad boy Ahmon gets ahold of her confession and blackmails her. She quickly tells him off, impressing him. Her joy lasts until she meets her mom’s fiancé and his son — Ahmon. From there, the two fall into an illicit relationship and face a multitude of obstacles, including Yuan Yi, Ahmon’s ex, an arranged girlfriend, and the fact that their parents are getting married. Yet, every person who opposes them ends up fully on their side. It doesn’t have an antagonist as much as scenarios that need explaining, but that just makes the whole thing into a pleasantly warm and fuzzy drama of joy. It’s so sweet you almost need to brush your teeth after viewing to prevent cavities.

Full confession: Devil Beside You is my favorite drama of all time, ever. I don’t care about questionable messages or too-perfect resolutions or Mike He‘s imitation mullet. This is chicken soup for the soul. Just You and Office Girls should be adapted because adapting them would give the drama world something new and allow for improvement on the original. Devil Beside You should be adapted because it is so perfect the world needs more of it. It’s trope-tastic and cliché-laden, but, by god, it uses those tropes and clichés well. Sure, Ahmon is a bad boy, but he treats Qi Yue very well, better than Yuan Yi did. Yes, this drama reeks of faux-cest, but they didn’t meet until college. Why would they see each other as siblings? Yeah, Devil Beside You is as sweet as cotton candy, but — dammit — sometimes that is what you need, and it shouldn’t suck on principle. With Lee Joon as our bad boy and Ha Yeon-soo as the sweet-but-unphasable leading lady, this would be magic. Make it happen, universe. Please.

Just You, Office Girls, and Devil Beside You are three great dramas that exemplify Taiwanese dramas and thus perfect for remaking for a Korean audience. But they are just three. Any remakes you’d like to see, readers?