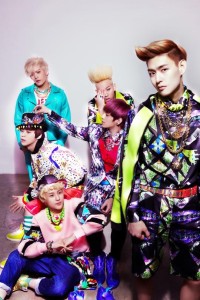 When LC9 debuted in 2013 with “Mama Beat” I never would have guessed that their follow-up promotions would come over a year later and would be something as strikingly simple and emotional as “East of Eden.” They were promising rookies. Although their debut didn’t appeal to everyone it did undeniably stand out and was unique in a way that got people talking.

So what happened? For one, the group lost its deep-voiced, tall, handsome rapper E.Den. Raised in Canada, the young rapper decided to give up the idol life in favor of returning home to continue his education. This was a big enough blow to set the group back, but then they also lost their leader Rasa to military service. It’s a little strange that he didn’t put it off until he was older like other idols do and we may never know the real “why” behind that choice.

Considering the big line-up changes I was expecting a disbandment notice any moment – and yet it never came. The group did fall off the face of the earth for a while – no videos, no songs, no social media – but eventually they did return. The four remaining members, J-Hyo, King, Jun, and AO, were obviously still on board with the LC9 title and not neglecting their training. Then, miracle of miracles, they announced an upcoming official release! And that is how we got to “East of Eden.”

The fear with a group that had a strong beginning like LC9 is that they will fall into a rut, concept-wise. B.A.P made the hardcore image from their “Warrior” debut work for several comebacks, but for LC9 a repeat of “Mama Beat” wouldn’t have been a good choice. However, they really went far in the other direction. If the rumors are true and “East of Eden” is an homage to their lost group member of that name then the somber tone makes sense, but I’m not convinced that’s true. The production of K-pop songs is too engineered for me to believe that this song was a genuine emotional creation.

Skepticism aside, the members of LC9 pull off the melancholy R&B sound of this new song impeccably. The “visual” member has come into his own as a rapper, the maknae can sing and rap, and the two vocalists have honed their craft. Perhaps this is why K-pop groups need to take longer breaks between promotions; it allows for obvious, tangible and measurable shows of improvement. When a group comes back every couple of months the improvement is so gradual that we may not even notice, but in the case of LC9 you can clearly see how much they have grown since debut. 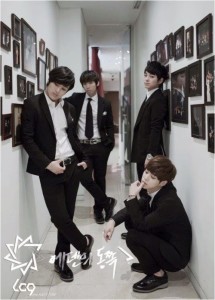 As if to emphasize the changes the group has gone through, the MV for “East of Eden” is as different from “Mama Beat” as night is from day. The group went from bombastic colors, crazy hairdos, and outrageous outfits to a refined, mature, and monochromatic set and styling. While the simplicity of “East of Eden” may be taken as the company not wanting to spend money I don’t think it really matters either way. Who cares if the raw visuals of the MV were an artistic choice or a cheap way to save the company a dime? The “why” doesn’t change the emotions that are created because of it.

The dark background merging with the members’ dark hair and dark suites makes them seem as if they are fading away. There is nothing to distract from their facial expressions and voices. Their eyes rarely acknowledge the camera, and when they do it is startling. The MV makes the song feel private so when the singer suddenly meets your eyes it feels like you are being acknowledged by someone in a different dimension, someone outside of reality. The lighting in the video is muted and almost looks antique which adds the the other-wordly feeling. All in all, the MV’s stark aesthetic makes sure the focus is on the song more than on the singers.

If LC9’s company can get their act together and market this group correctly they could have a serious chance at the spotlight. It is obvious that the boys have the talent and that they are willing to work through the hard times, which is an asset in the K-pop industry.

“East of Eden” may be nothing like LC9’s debut but it has officially gotten me re-interested in the group. The emotional honesty of the song and the simple yet visually striking MV are more than enough for me to consider the group’s return to the K-pop industry a success, here’s hoping that their marketers make the most of it this time around and don’t let LC9 fall back into anonymity.