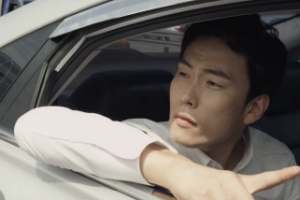 In 2011, the Korean indie group Busker Busker came in second place on Superstar K3, only being beaten by the now popular Ulala Session. The group has since said mixed things about their experience on the program, but in the end it allowed them to get the spotlight which they have managed to keep.

Although they had a hiatus right after the program, they went on to release their first album which included the song “Cherry Blossom Ending” and blew the entire Korean pop music scene out of the water. Their second album, including the single “Love, At First,” was also very well received — although it didn’t quite reach the viral success of “Cherry Blossom Ending.”

Despite the success, however, the group has always been surrounded by rumors of disbandment and internal unrest. Every time they weren’t promoting an album, comments about the group breaking up would surface once again, and because of the group keeping their personal lives fairly private, it has always been difficult to know what is true. The most recent rash of rumors is the most concerning, though, as there seems to be a grain of truth to them.

What we do know is that the lead singer of Busker Busker, Jang Beom-jun, has made his solo debut, much to the distress of the group’s fans, and now the status of the trio is unsure. Currently, people are saying that Brad is going back to teaching and that Kim Hyung-tae has gotten a job in a normal Korean company. Are these things true? It’s hard to know, but it is certain that Beom-jun is still making his own music, and it is just as gloriously emotional and touching as Busker Busker’s songs are. He’s already received an all-kill on the music charts after all.

Although the thought of the group breaking up may be distressing, if you like Busker Busker’s music and style, you will enjoy Jang Beom-jun’s solo work as well. His voice is incredibly distinctive and made up a big part of the group’s sound when together. Not only the sound is similar, though. The message of the song and the direction of the MV are also similar to Busker Busker’s last single. There is a focus on real emotions and a focus on the human story as opposed to anything artificial or gimmicky. If Jang Beom-jun had lost that element of his creativity, it would be far more devastating that he was debuting solo.

The MV starts out with a man in an office looking at a calendar with a date labeled “D-day” and a present box next to him on the desk. These little details allow for an entire story to be created from nothing. What we can tell immediately is that this is a romantic story. You can just feel it – in the music, in the lyrics, in his smile. However, it isn’t clear what is in the present box or what “D-day” stands for. Is it an anniversary of some kind? Is he going to propose to his girlfriend tonight? Not knowing for sure keeps us hooked into the man’s story, and it makes us want to be a part of his journey.

And that is what the MV is about: a journey. The middle part may seem a bit confusing, but it is simply a trip back in time. To give the current journey across the city context, it is necessary to see where things began. The middle section shows him meeting his current partner on a bus. It’s one of those moments when you have an interaction with a stranger, and it is, in some way, magical enough that you can’t forget it. I suppose this is where the “missed connections” concept comes from and why there are now ways to try and reach out to someone you may have only seen once – thank god for the internet, right?

Although the reminiscent section is a little choppy, we are to understand that, although it was difficult for them to meet in the beginning, somewhere along the line they did get together. That is what the title refers to — the difficulties at the beginning. Once they are together, as the rest of the MV shows, it is nothing but happiness for him (and hopefully for her as well). This is also clear from the lyrics, which are just about as romantic as any love song can get. I cannot come to any conclusion other than that Jang Beom-jun must have someone he loves very much in his life for whom this song was written.

But back to the MV. Although we aren’t told directly what the man is rushing to, there are clues. The taxi he gets into has a photo of a baby hanging from the mirror, and right next to his head is a sign that says “Use Condoms.” These are little things that you may not see on first watch, but they are clever additions. The other important detail in the middle of the MV is the man’s happiness. If the actor hadn’t been clear that his emotions were positive, it would have made the viewer have a much different reaction to him arriving at a hospital.

As it is, by the time he runs into the maternity wing, it is fairly easy to guess what is going on. Before you wonder why he doesn’t attend the actual birth, it is historically traditional that Korean men not be present at the actual birth of the baby. This is a cultural detail that some may overlook – especially Westerners who are used to men being very involved in the birth process – and it should serve as just another clue as to what “D-day” is.

The MV comes full circle with its story as we realize that “D-day” means his wife’s delivery day and that the present was a gift for the baby, not an anniversary present or jewelry. The ability to tie in all of the little details is something that many K-pop story MVs lack but has always been something Busker Busker’s MVs did well, so it is good to see Jang Beom-jun making good choices in MV direction as well. Obviously, women rarely naturally give birth exactly on their hospital projected due date, but we’ll just ignore that little detail.

Although the possible disbandment of Busker Busker is a hard thing to consider, I can’t help but appreciate Jang Beom-Jun as a soloist as well. If it is true that the other two never wanted a career in music and simply have other dreams, it will be difficult to be mad at them, and if we continue to get the same quality of music and MVs from Beom-jun as we did from the group, there is little reason to be upset. They aren’t an idol group, but individual people living independent lives. After watching the touching story of this MV, how can we possibly begrudge the members of Busker Busker putting their personal relationships, families, and children first?