Zizo’s “Run” is a Train Ride to Remember 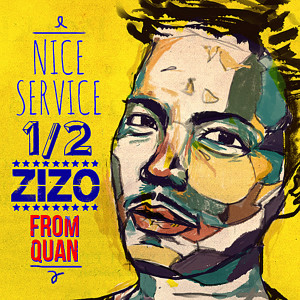 The year has seen a number of great debuts from past contestants of reality singing shows. AKMU, 2000 Won, Michelle Lee and Eddy Kim are just a few that have successfully made the transition from singing on a reality show to actually entering the industry. After his runner-up finish on Show Me the Money 2, Zizo signed with Quan Entertainment — he’s now got the mini album Nice Service 1/2 to his name. It’s great to see these ex-contestants having autonomy over their own music releases. Zizo had a hand in writing or producing every track on the album, showcasing his talents in a multitude of styles. The song and MV for “Run” — a laid back hip hop anthem — expresses the excitement of being young.

“Run” has a very infectious energy to it. The main components to the instrumental are the strumming guitars and the beats. It balances between two different tones; the laid back choruses contrast the driving rap verses. It’s a summer anthem, and it lives up to its title with the swaggering lyrics in the chorus.

“Guitar on the shoulder tonight,

Run until the morning,

What the song does well is offer a mixture of tempo throughout the song. This is especially apparent on the bridge, where some female vocals echo Zizo’s voice in a call and answer fashion. It all flows well together and the production is interesting enough to stick the tune in your head.

The video is equally entertaining. It showcases Zizo’s humor as he makes his way down a train. At the beginning, he strums his guitar and moves down the train aisle, causing some disturbance before getting chastised by an elderly man. Like the song, the video is smart in changing things up to keep the viewer guessing about what is to come. It features a one-shot capturing style and different tones are used — the sounds in a restroom shot are muffled and Zizo is later revealed to have swapped out of his previous outfit. This shot is where the energy starts to ramp up as Zizo gathers a following of dancing singing people. That is probably one of the exciting aspects of this MV: seeing him interact with all these people on the train line. 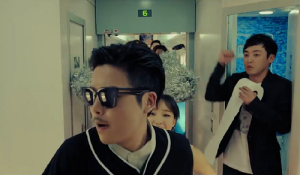 The lip dub (lip synching and audio dubbing) style in which the MV is shot makes way for memorable moments. We see basketball players, cheerleaders, and weight lifters joining in. Also, the guy that Zizo bumps into at the first bathroom, appears again at a later stop — he joins in on the festivities but his excitement doesn’t appear to match those of the conga line of people. The camera work is very methodical with well-timed transitions, as the party moves past tunnels and navigates from dimmer to brighter lighting. It all ends with a great party bash at the end of the line, with balloons and confetti.

What the MV does well is showcase the transitions between the verses, bridge, and chorus of the song. The emphasis on certain reactions and quick camera changes, in the aim to emphasize shifts from verses to chorus, all add to a very spontaneous atmosphere. At times it feels as if the person behind the camera is also dancing along. The acting in this video is great. Everyone seems to be having a blast, and the subtle shifts in character emotions — such as with the restroom guy — make for nice comedic moments that add to the light-hearted nature of the song and MV.

Zizo is certainly a talented artist, and the great set up of this video only proves that great visuals can enhance the enjoyment of a song. If I had any suggestions for the MV, it would be to provide more purpose to some of the groups that were passed along the way. Some groups appear to have found their places as stereotypical props, instead of being a part of the story. Overall, this video is a success in emulating the tone of the song, and it highlights the ways in which a fun summer anthem should be showcased. Nothing beats transforming an ordinary train ride into a dancing parade of people. 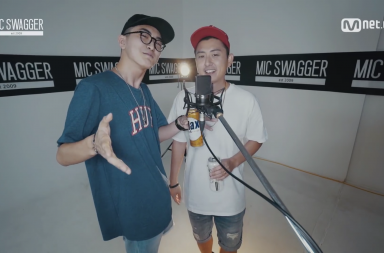