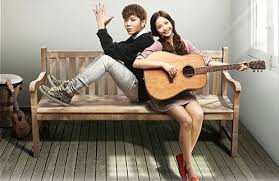 Every season, it seems there are dramas that everyone’s watching and dramas no one’s watching. And when your chosen drama du jour falls into the latter category and becomes largely forgotten in the long term, it kind of sucks. When that drama ends up as one of your all-time favorites, it really sucks. Today, I’ll be sending us back to 2013 in an attempt to raise awareness for one such drama: Monstar.

In all fairness, I understand why Monstar was overlooked. The deck could not have been more stacked against it. It’s the first drama produced by Mnet, starring an idol (Beast’s Junhyung) and a model (Ha Yeon-soo) with a plot straight out of fanfiction — an idol has to attend normal school and ends up falling in love with a totally normal girl. The general expectation was for Monstar to hit a -4 on a scale of 1-10. Honestly, I only watched the first episode because it was finals week and my brain felt like pudding. Mnet got the last laugh, though, as Monstar turned out to be one of the best character dramas in the last 10 years.

The set-up of the cast is a stroke of genius. Each of the main seven characters is a blatant stereotype — our ragtag assortment of misfits are Lonely Idol Boy, Weird New Girl, Looney Fangirl, Awesome McPopular, Bully, Bully’s Favorite Victim, and Class Badass, and they could not be more archetypal if they tried. But that’s because the characters actively try to fit themselves into these labels. These basic stereotypes aren’t lazy writing used to avoid character development. Instead, we see how each character ended up forcing themselves into these pre-written roles. 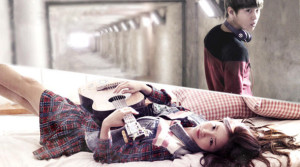 Kyu-dong (Victim) allows Do-nam (Bully) to mistreat and torment him as penance for past wrongs. Nana (Badass) finds maintain mystique and fear easier to do than cope with the otherwise inevitable rumors about her criminal parents. Eun-ha (Fangirl) has an abusive father, Sun-woo(McPopular) is collapsing under parental pressure. Se-yi (New Girl) spent five years on a New Zealand sheep farm talking only to said sheep, and Seol-chan (Idol) has severe abandonment issues stemming from his adoption. They all chose to place themselves into a role rather than fight alone against the world.

Yet as the septet bonds, and tendrils of friendship start to form, the members of underdog band Color Bar begin to liberate themselves from their old personas. The simple fact is having friends rallies them enough for all of them to finally face the issues in their lives instead hiding or ignoring them. They allow themselves to develop past the shallow facsimiles they had forced themselves into. Seeing these seven grow and mature into adults is a tear-jerking, heartwarming thing of beauty. 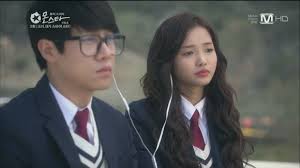 Monstar‘s writers also excel in how they present the story. The priority is on the emotions of the scene rather than the plot. When looking back at a moment, the humorous, heartwarming downbeats are more memorable than the action. For example, Seol-chan buys Se-yi a stuffed sheep, quieting her protests that she already has a sheep family with “It can be your boyfriend sheep.

This isn’t one of the best scenes because it’s Seol-chan making his interest in a relationship known. No, it’s because of Se-yi’s sudden shyness, and Seol-chan’s utter fluster at dealing with his 4-D maybe girlfriend that makes it a highlight. The conscious choice to place more effort on the downbeats gives the series a warm and fuzzy feeling without sacrificing a fairly realistic tone. Monstar scans more like good memories than anything else. The feeling of fun matters more than what made the fun felt.

The clincher in Monstar‘s excellence is undeniably the music. It’s what brings our band of seven together and keeps them that way. Almost every episode, a member of the cast gets to show off their skills. And shockingly, they all have skills in spades considering Junhyung and Glam’s Dahee (Nana) are the only professional singers. Each time someone does anything related to music, it’s glorious. Se-yi’s accoustic guitar solos, Kyu-dong and Do-nam performing “I Am The Best”, and the absolute highlight, Color Bar’s “Don’t Make Me Cry”. There’s a huge range of music covered, from current k-pop to old-school trot to classical music, with some of everything in between tossed in for good measure. If nothing else, listen to the music.

Monstar is one of my personal favorite dramas, as it’s this perfect storm of music and character development and hilarity and feelings. Mostly feelings. It receives a well-deserved 9/10.

(Images and video via Mnet)