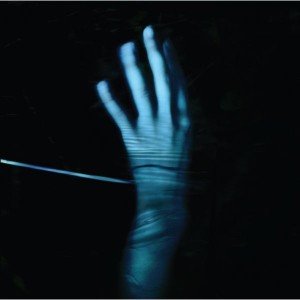 Welcome to another Indie Gem segment! This week’s feature is the hypnotic rock band Thornapple! On my recent K-indie rock binge, Thornapple caught my ear with their early-2014 release, Abnormal Climate. The release is their second full album.

Formed in 2009, Thornapple began as a two-member group consisting of singer and guitarist Yoon Sung-hyun and bassist Shim Jae-hyun. They released an album the following year before enlisting in the military. The album, 난 자꾸 말을 더듬고 잠드는 법도 잊었네, was an acoustic, melodic album that was remastered and re-released in 2012.

With the addition of guitarist Han Seung-chan and drummer Bang Joseph, Thornapple gravitated towards rock while still keeping a melodic, dreamlike quality in their music. This is exemplified throughout in Abnormal Climate, a dramatic, emotional and oddly harmonic album.

Abnormal Climate begins with “남극,” a subdued, languorous track that happens to be one of the most mellow tunes on the album. It’s the only song to which the term “relaxing” could be applied to, due to its laid-back atmosphere. The added tambourine accompaniments also add charm to “남극.” The repetitive bass, which caught my ear, carries the song even at the end of Sung-hyun’s sweet crooning.

“시퍼런 봄” begins with a strong departure from the soothing atmosphere of “남극.” However, after the rock intro, hints of the slow, subdued sounds in “남극” start to slip back in. “시퍼런 봄” ramps up the energy and veers into a more traditional rock sound and consequently, this is where Sung-hyun’s unique timbre takes centre stage.

Whereas “피난” is a fast-paced, infectious alt rock song, “백치” skillfully switches paces to keep the listener on their toes. The changes highlight Sung-hyun’s voice again and Sung-hyun’s pitch changes keep the tone of the song dynamic. Sung-hyun elevates each song — without his strange yet alluring voice, the album would not be as interesting.

Where “백치” has tempo changes to keep the song dynamic , “암실” has them to tease the listener’s emotions. The piano sounds and slow pacing of the drums form a sadness that permeates the first half the the track. Gradually, however, this morphs into a sense of horror. “암실” then takes its own sweet time with an instrumental break, before Sung-hyun’s return. The transitions are best heard on the second listen, as the knowledge of the turns heightens the tension. 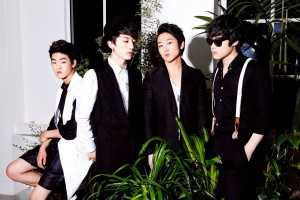 Lastly, “물가의 라이온,”  is a strange venture into a mix of styles. In a way, it provides a composite of Abnormal Climate, by combining the many styles present, along with Sung-hyun’s intriguing delivery of the lyrics.

Although we haven’t explored all the songs on Abnormal Climate, you’d do well to listen to the entire album — a complete experience would allow you to pick up on the different nuances in each song. And if you enjoyed the mellowness of “남극,” I’d definitely suggest checking out their original album, 난 자꾸 말을 더듬고 잠드는 법도 잊었네.

Abnormal Climate, with the curious vocals of Sung-hyun, is a polished album that veers into offbeat territory. It draws out a range of emotions from the listener and manages to keep him/her on their toes. Abnormal Climate has surprised me with its dramatic and dreamlike quality, and I eagerly await Thornapple’s next release.