small o Enlightens Us On "The Temper Of Water"

Indie folk band small o recently offered its first full-length release, Temper of Water. In 2012 the band, a side project comprised of four members of band Eastern Sidekick (Oh Ju-hwan, Ko Han-gyul, Bae Sang-hwan, and Lee Ji-won) and vocalist Park Ji-hae (who also plays a mean accordion), released their EP That Will Fall under label Fluxus Music—the label that brought us groups Urban Zakapa and From The Airport. With a chance to showcase their talent as musicians, Temper of Water is a genuine piece of acoustic folk soul, with enough nuance to separate it from many of the indie bands cropping up in South Korea.

“Entrance” is a tentative and low-key introduction. The guitar work is intricate, the chords simple. There’s a definite refined tone to its simplicity, however, aided by flautist Ji-hye’s wood-hollow contribution. An instrumental track, it comes to us in layers: first the guitar serving as our foundation, then the flute adding depth and richness to the tone. Finally, the drums come through, sparking the song with energy and height. Once all the instruments (except for the voices, of course) make their presence known, the sweeping composition winds back down to the bareness of the acoustic guitar.

This introduction lends itself perfectly to the following track, “Crows.” What “Entrance” accomplished at the beginning of this album, “Crows” establishes with its almost native and feral construction. There’s an urgency in the sound, a desire to purge all the pent-up energy that’s been building since the start of the album. The lyrics are simple yet poetic. There are actually only three lyrics to the song, and they’re repeated, creating a chant-like dissonance with the song’s natural composition. “The three-eyed crow cries / I can see it at the time, it becomes close / I can see it at the time, it becomes too far / So the star is going to the west.”

Lead single “Into the Wild” expounds on the energy still buzzing from the previous song. It’s a gorgeous track, starting light with just Ju-hwan’s powerful vocal and guitar, then sweeping into a melodious chorus that’s truly enchanting. There’s almost an otherworldly element to the piece, as if it’s beyond the scope of just its acoustic confines. And as with “Crows,” the lyrics are poetry, speaking of wanting to break free and be wild again, as in the chaos of the natural world: “Free world… all your heartbeats alive.”

“74” lightens the heavy thrum of the previous three tracks and serves as a catalyst for the tone of the next few songs. It’s pure “indie,” complete with thrushing guitars and triumphant drums, the likes of which are reminiscent of every indie film in which the protagonist goes through a coming of age, so to speak. It’s a fun track, full of excitement that bleeds into track “Fox.” It’s as playful as its namesake suggests and serves as the perfect segue into one of the band’s first songs, “That Will Fall.”

This track is just powerful, from the first few notes, a dissonant a cappella chord that showcases the band’s ability to delivery tight harmonies. Along with the gorgeous drop of harmony at the beginning of the track, the chirp of birds and buzzing of various bugs create fitting background music for this light and lovely track. The lyrics showcases the band’s fantastic ability to tell a story, giving us a very descriptive scene of our protagonist commiserating with nature: “The king was ousted, the small bird chirps. The pond keeps rippling. The donkey and others are all gathered, dancing to the rhythm together with me.”

Not unexpectedly, after all the activity of the first half of the album, the band takes a moment to breathe and let the excitement of the previous tracks mellow out and settle in our heads. That’s when our “palette cleanser,” track “Catcher in the Rye,” comes in with its bare bones composition—simply a guitar and voices as clear as a cool brook. It’s the shortest track on the album, but therein lay the brilliance. There’s no need to overextend a song for the sake of filling space. The simplicity of the track has a largeness to it that takes up the kind of room that belies how minimalist it is. This, of course, lends itself perfectly as an introduction to “Elephant,” another song from their first EP.

The album’s longest and most experimental track, “Elephant” begins in like fashion to the previous song, then surprises with multiple thematic transitions. We get the bareness of the voices and guitar, with the added throaty clang of a bell; then we gather momentum when the drums make their presence known. At the halfway mark, the song goes the way of “Into the Wild,” offering exceptional grandness and emotion. The third transition comes about five minutes and twenty seconds in. The striking of the bell reasserts itself, and the use of traditional Koran instruments gives the track an ominous rendering, then fades into something dreamlike and emotive. Ju-hwan’s coo is soft and pure, enveloped by the guitar and the harmonic warble of his bandmates until the song’s close.

“Nord” puts Ji-hae’s accordion front and center, giving us the weathered image of an old carnival—envision faded pastels and eager harlequins seeking to garner the patrons’ attention while they drift listlessly through the fairgrounds. Though it may seem a bit of an odd addition given its seemingly playful nature, following the masterpiece that was “Elephant,” it actually fits in terms of the band showcasing their scope and depth of composition. 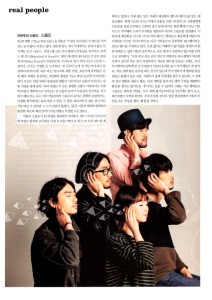 We’re then catapulted into “Stargazer,” a track that seems to illustrate the excitement of experiencing the stars for the first time. It’s a celebration of both sound and theme, enlivening the melancholy of the previous track. The drums take center stage here, the sounds bold without being imposing. “Stargazer,” too, has a thematic transition about halfway through the track, becoming something of a pub stomp and chant. The song is inviting, to say the least, allowing the listener to become one with the spirit of the song. It then fades out at about four minutes, thirty seconds before bombarding our senses with a heavy guitar and pounding drum jubilee.

The most surprising track is the song that ends the album. “Bleak Season” is heavy, true heartache at its core. Though surprising, it’s certainly not unwelcome as a song. I’d question only its placement on the album, as it’s a strange note to leave lingering in the air for the listener. It’s almost as if this lamentation is a sorrowful farewell to all those who took a chance on the album. However, that doesn’t at all detract from its overwhelming beauty. As evidenced from the rest of the album, Ju-hwan’s voice is just pure beauty, a tinkling prettiness that’s powerful and forthright, never getting lost in the composition no matter how heavy or complex. “Bleak Season” illustrates that in almost harrowing fashion, the listener feeling the teardrop in his voice just as surely as they hear it.

Temper of Water is almost therapeutic in its softness. It’s gentle, like a sigh when a lover caresses your skin, or like the sky after a warm summer rain. It gives the listener a sense of ease that even at its grandest moments doesn’t intimidate or overly excite. It’s an understated piece of beauty, as if something you’d find in nature. Truly a lovely and elegant album. 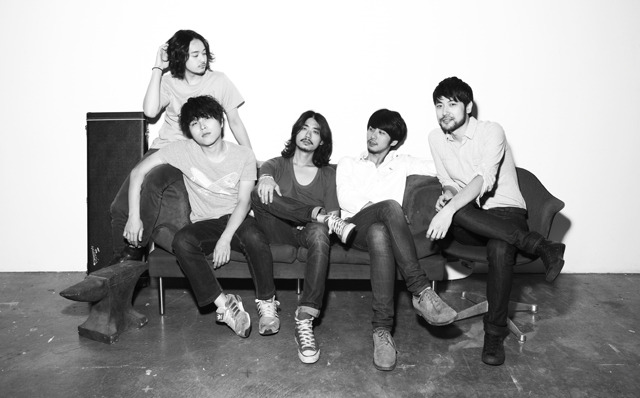 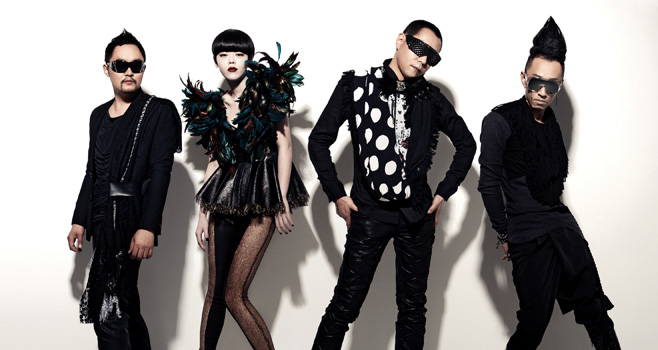