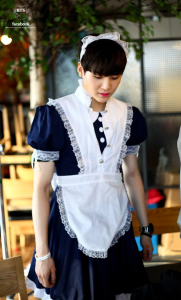 If you’re a rookie, from a somewhat small company, and want a PD team that can make potentially everything you do a fandom trend, SBS MTV is the place to be. They are fair with their coverage of rookies and give rookies that normally would be overlooked by bigger networks their spotlight. This helps to give rookies a much-needed boost in popularity and visibility. From the top of my head, SBS MTV has worked with Block B, B1A4, BTOB, MYNAME, VIXX, JJ Project, Nu’est and Hello Venus – most are rookies of Batch 2012 who did not have the instant boost a debut usually gets and because they, frankly, had major competition in getting their name out there.

Before I go on and list the merits of BTS’s Rookie King, let’s take a short stroll down memory lane and look at some of SBS MTV’s past hits and why SBS MTV is the best for rookies.

I think the first show that comes to mind when it comes to the close partnership of SBS MTV with their idol acts is Match Up. Season 1 focused on then rookies B1A4 and Block B and SBS MTV producers adjusted themselves accordingly to fit the general personality and image that each group was portraying. It was easy to see that Block B was a group they really had fun with and the show was even the birthplace of some of the BBC’s fandom jokes, some of which are still used now.

Another show from SBS MTV is MTV Diary that featured the onslaught of Batch 2012. Spanning 64 episodes, the first season focused on VIXX, BTOB, MYNAME and JJ Project and the content of the show would depend on whatever shenanigans the members of each group would decide to film since this was a self camera-based show. In retrospect, this is probably why the show was able to extend to 64 episodes – the low production fees. In the second season, the environment was more controlled during the five episode run with a PD team being present and giving them situations for each episode. Despite this, the post-production team still hit gold with each caption used. While VIXX and BTOB both got a second run for their own 5 episode Diary (Plan V Diary and B+ Diary respectively), they were soon joined by Hello Venus and Nu’est in early 2013. 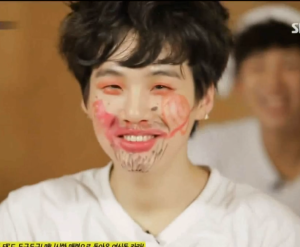 This success in giving each rookie group an individual identity is probably why going into Rookie King, one would expect a continuation of this trend set up by SBS MTV; this continuation of their taking the mundane things and making it a fandom joke. But the thing is, this isn’t the case. In some ways it is a continuation, but Rookie King is something completely different from Match Up and MTV Diary in that it is a “multi verse program,” meaning we get many different types of content.

Formally called ‘Channel Bangtan,’ the concept is that each segment is a program in a channel. Like most channels, it kicks things off with a video of the National Anthem. Similarly, each episode has the Korean National Anthem as their introduction. It’s probably the first time many international K-pop fans have heard the anthem. It also gives us a quick view of what has been the pride of South Korea: from the rise of their society after the signing of the Armistice Agreement that temporary halted hostilities of the Korean War, to the announcement that South Korea would host the 2018 Winter Olympics, something each country takes pride in.

The first of many segments is VJ Bangtan Commando and here we see what we normally get in variety shows starring one idol: the obligatory dorm visit and the comeback music video filming, when applicable. At each episode, something new is introduced and all are hallmarks of the winning formula for variety shows. There are the boys cooking in Bangtan Chef Korea, Bangtan Music which is a play on Music Bank, Bangtan Lotto where the boys give something of their own to a lucky fan, Bangtan Sports where we see the boys play the usual sports of basketball and bowling, Bangtan X-Man which brought back a old time favorite, Bangtan Diary which is a replication of the MTV Diary mentioned above, Bangtan Open Your Heart and the Hall of Famer secret camera tactic: Secret Bangtan Camera. 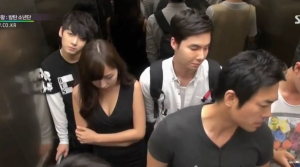 Two of the funniest segments were Secret Bangtan Camera and Bangtan Open Your Heart. Secret Bangtan Camera was featured in the first episode. The basic scenario is that the boys were led to believe that they would be filming their opening sequence or teaser in an elevator and were to do foolish things inside one by one. When a member would reach the sixth floor, a woman in a tight dress would enter and, while crying, would push each button. This makes us see what the boys’ reactions would be to a pretty woman in a tight dress. And before they could arrange their thoughts, a horde of men would then enter at the eleventh floor and crowd the elevator expertly until the woman was pressed against the member.

All I can say is stay that way Jeon Jungkook. At least until you’re legal. Thanks. 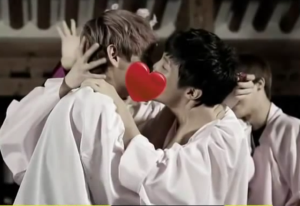 The second is Bangtan Open Your Heart. It is a segment where they could yell their frustration atop a building while the members and relevant staff are present. By relevant staff, I mean their managers, their choreographer and their CEO, Bang PD. Everything was fair play and CEO Bang PD ended up sweating a storm through his clothes at the end. It’s worth watching just to see Jimin get red while shouting at Jungkook.

The last segment to discuss is a one seen in pretty much all the episodes: End-Plate or Unlucky King. It is undoubtedly the highlight of each episode, testing the luck of the members as they draw cards to avoid being caught in a punishment. This can range from drinking some nasty concussion the staff had prepared, cross dressing and doing something embarrassing in public, being hit by your members or being drawn on with make-up. We learn that the King of Punishments are Suga and Jimin and it leads to some pretty fun moments for the fandom.

The greatest thing about Rookie King is that we viewers know what to expect from the segment titles but not exactly the content. This all results in a show that gives us a sense of familiarity but doesn’t make the show boring, thanks to its little quirks. And in the end, that is one of the best things there is: because there have been similar shows which had that sense of familiarity but at the cost that it became boring.

Readers, what did you think of BTS’ Rookie King? What were your favourite segments? Let us know in the comments!