g.o.d Returns with "The Lone Duckling" 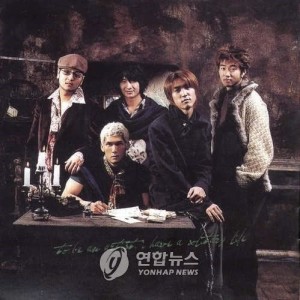 It’s been a while — nine years, if you’re counting — but the men of the famous tearjerking jajyangmyun song have finally reunited as a full quintet. Their album is set to drop (along with a comeback concert!) in July, but they’ve pre-released the single “The Lone Duckling” as a sampling of what they’ll have to offer. The song itself has a distinctly g.o.d feel to it, along with a certain new maturity and self-assurance that perhaps only time can give to a performer.

There was some surprise (and attendant snark about drama flops) among Korean netizens to learn that Yoon Kye-sang (Full Sun, High Kick: Counterattack of The Short Legs) would be joining in on the reunion. It’s also been almost a year since Son Ho-young was rushed to the hospital after an attempted suicide, and it’s good to see him well enough to begin work again. Who better to heal old wounds and begin again with than your members?

In any case, the song is only a pre-release, and we’ll be keeping a lookout for more from g.o.d in the upcoming months.