“Bandhobi” and The "Other" Immigrant 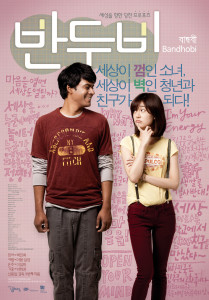 The perception of foreigners in South Korea is a well debated topic that has been under the scrutiny of the foreign population within and outside of Korea. The narrative surrounding this discussion largely comes from the foreign population living within Korean cities and towns, mainly focusing on some of the less fortunate elements of expat living. These may well be true, however they are almost always told from the perspective of a certain kind of expat. The online presence these expats hold, present a very singular vision of what life as an expat is like — seeing as many people assume that an expat working in Korea goes in to teach English.

Many times, this is not the actual case. The amount of foreigners working in 3-D jobs (dirty, dangerous and demeaning) experience a myriad of racial and economic prejudice, that is largely overlooked as it isn’t documented in the blogosphere.

This is why movies like Bandhobi excel where the internet fails us. A 2009 indie flick about a frustrated and rebellious high school  student who ends up becoming a friend of a migrant from Bangladesh who is desperate to receive his unpaid back wages. Literally translated as a “female friend” — the story follows the ups and downs of their friendship as two lonely souls, placed in a society that they feel disenfranchised with.

Though there are many areas of importance which are explored in the movie: expat relations, Korean youth, family dynamics, different family structures, white privilege and even a brief look in to the education system. There are also three areas that stand out in making explicit commentary: racism, immigrant life, and Korean perceptions on immigrants.

Racism is always interesting to dissect, as it causes people to be taken out of their comfort zones. This is the case with Bandhobi, whereby scenes of blatant racism are passed of as nothing out of the ordinary, making their impact all the more harsher. Some shocking examples included the Bangladeshi lead “Karim” getting the blame for breaking up a fight between two Korean males, shortly followed by a cashier refusing to touch his hand when passing him his change. As a viewer, we see these and feel uncomfortable for Karim. This feeling is heightened as we get to know Karim’s character and struggles throughout the movie, eventually helping us entertain things from Karim’s point of view.

This being said, there are some moments which handle the topic of racism very eloquently for instance when Min-seo asks Karim what colour his pores are, he replies “The same as yours.” This opening of dialogue between the two concerning his skin colour is a step forward and is echoed a few times throughout the movie (one memorable mention being when Min-seo’s mother asks her about Karim, and though she hasn’t said anything explicitly racist her daughter is quick to shoot any impending ignorance that her mother may show, admonishing her to “be more open minded”) Racism is almost a backdrop to the movie — a third main lead if you like. It isn’t the main focus of the plot (the story revolves around their friendship) but is an ever present context in which the friendship unfolds. This if anything, makes it more apparent to the viewer. 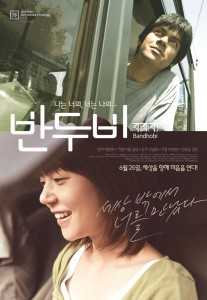 The second theme aims to educate the viewer on immigrant life within South Korea. The Asian Correspondent’s Nathan Schwartzman translated an article which explored the tensions surrounding immigrant life — more specifically the discrimination they faced at work and outside of it — in Korea. It focused specifically on the plight of Southeast Asian workers who were working in jobs which weren’t regulation compliant and were paid less than that of their Korean counterparts. Bandhobi is serious attempt at informing the viewer who is unaware of these happenings.

To the majority of the foreign fans, who have no real tangible idea of what life is like in Korea for people who are living there, the stereotype is pretty narrowing. The assumption that all expats who go to Korea to work are English teachers, university students or business interns. This marginalises a huge population of migrant workers who come to Korea from developing countries, with families to feed back home and no other options. This is the case in Bandhobi whereby Karim’s relationship with his wife back home is tense to say the least — and spurs his desperation to get back his unpaid wages. He gets screwed over by his bosses, hasn’t got enough money to send back home, has a rocky relationship with his wife, gets arrested and faces a consistent stream of implicit and explicit racism everyday. To dumb his experience as an immigrant down, would not do justice to his struggle.

Exploring a similar branch, the perceptions that Koreans have of immigrants shown in the movies are also enlightening. Instances where drunk ahjusshis are screaming at Karim to go back to his own country seem downright rude, and whilst other exclamations of “You come here just for money” may seem less aggressive; they succeed in dehumanising him. The phrase “They are stealing our jobs/women” is thrown around a few times in the movie which serves a great irony when it is being said by an unemployed disgruntled drunk man. However, the addition of Min-seo’s character is a breath of fresh air, as she shows a person’s (and possibly mirrors the director’s thoughts) willingness to overcome her ignorance and actually get to know Karim — the other.

Her background is just as complex as Karim’s. With family issues, a broken relationship with her mother, the glaring absence of a father, the vulnerability she feels around her to-be stepdad, and her desperation to earn money to support her studies — Min-seo isn’t free from the ruthlessness of life. This is crucial as it is through this, that her character finds a friend within Karim. 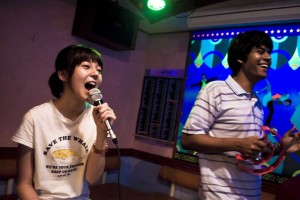 The film progresses very slowly, and the lack of special effects and jump cuts may not be that visually stimulating, however they add an essential tension to the movie. This tension builds and builds up until it reaches the climax whereby Karim gets deported. And though there has been an issue surrounding the demonisation of a white hakwon teacher, the movie has received recognition for exploring a much ignored taboo.

Bandhobi presents expat life in a grueling light — unnerving the viewer out of their complacency. Its strengths come from revealing a commonly demonised group of people as honest, noble and hardworking human beings. Leaving you with more questions than answers about this small pocket of Korean society, the essence of Bandhobi aids the viewer in looking past physical difference and getting to know one another. For tackling a pervasive social issue at its core, Bandhobi deserves your attention.