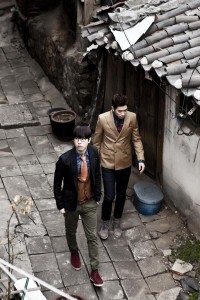 From the initial teaser, one would expect Baechigi’s recent comeback to be a funny and light-hearted track. We were all fooled. Instead, “Dduraeyo” is a sad song just backed by an upbeat melody.

The best way to describe “Dduraeyo” is hip-hop funk – if that’s even a possible genre. While their previous hit, “Shower of Tears” was a more melodic ballad, “Dduraeyo” is quirky and upbeat. The first 8 seconds would lead you to believe that the song may take a more traditional ballad path, but suddenly we’re met with full funk. Initially, violins and a bass guitar carry the tune. Then the drums are introduced. The song goes into funky mode, to the point where you almost want to go onto the disco floor and boogie.

Anglee of 3B provides the vocals for the song. For the first time hearing of him (and 3B, who produced the song), I was impressed. Anglee’s voice is an example of the rising trend for artists featuring on hip-hop tracks: soulful, yet funky. His voice is distinctive and fits the old school feel of the track.

The music actually doesn’t coincide well with the sadness of the lyrics. Picking up with the theme from “Shower of Tears,” once again, Baechigi is sad about a break up. Still not over the relationship, they are in a constant state of searching and running toward their past lover, but unable to reach them. The tears fall as they reminisce over the past. It appears Baechigi is still taking a shower of tears. Hopefully, the next track will be them actually getting over their past relationships.

Just like the instrumentation, the MV itself does a good job at hiding the depressive nature of the lyrics. With only glimpses of actual crying scenes, the MV has an almost old movie feeling – think of the 70s. Even the font used is reminiscent of what you would find on posters for movies from that era. The MV is also “aged” to give a bit of a nostalgic throwback feel.

The band portion of the MV is like the set you would see when, say the Beatles, would perform on TV. Amusingly, the frame for these scenes is like the edge of an old tube TV. Though, I’m not sure how many people got that reference. The band also seems to be having a truly good time, even busting out some interesting dance moves at that end. The inclusion of Kim Heung-kook, a veteran singer, only added to the comedic effect. He was killing those drums.

The styling is also slick. Opting not to wear outfits to fit the era, Baechigi and Anglee wear three piece suits with a modern flair. They choose to use pieces like skinny jeans, sneakers, and jean shirts. Kim Heung-kook outfit is even more out there. He is sporting a jean jacket; screen-print t-shirt; and a fedora. The stylists definitely picked appealing outfits for the MV.

Excitedly, we have a non-shared love interest: Tak and Moowoong are involved with two different girls. Hallelujah. The kicker is that Hello Venus’ Ara actually plays two different characters. The characters are so different from each other. One appears to be sad and self-conscious, while the other is a beautiful, yet worried, bride. Even the reactions to escaping with the guys are different. Awkward Ara seems like a bird freed from a cage, while Bride Ara is dancing happily. I must commend Ara on pulling it off really well.

Amongst all the fun band and Ara scenes are representations of sadness, but not in the typical fashion. There are no scenes of Baechigi crying or running the streets in desperation. Instead, they are trying to get to their respective love interests in the pouring rain. Moowoong obviously had lost his senses by riding a motorcycle in the rain. At least he had enough mental stability to use a phone booth to make his call. Tak, on the other hand, gets to ride in a classic car. His hair, regrettably, seems to have gone back to the 70s with the theme of MV.

Baechigi once again delivers a great tune. Accompanied by an interesting MV, “Dduraeyo” is a funky song, which despite the sad lyrics, still makes you move. 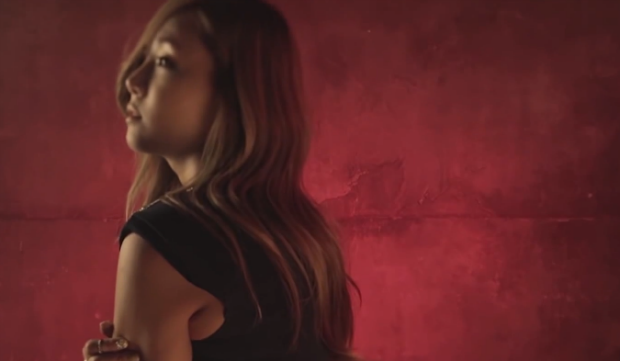 Lim Jeong-hee Tells Us What “Luv Is” 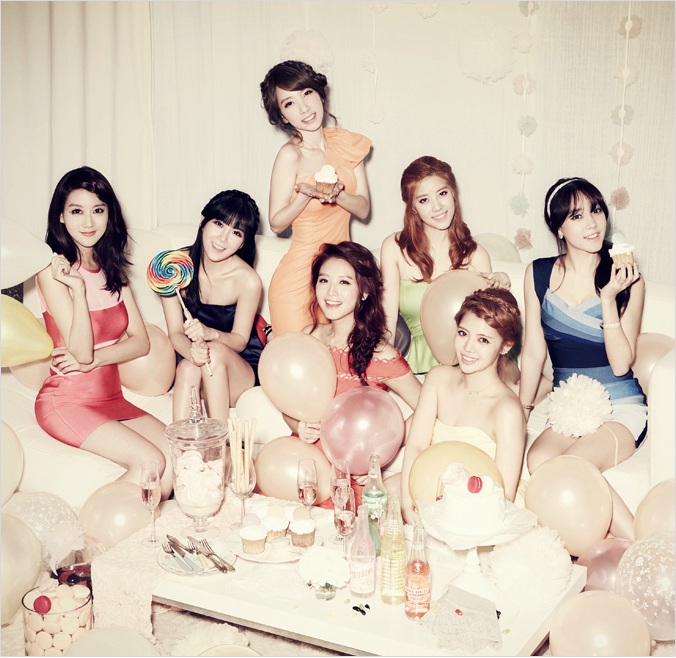