TROY's Debut Gets the "Green Light"

After three years of training, and a year of teasing about a possible group, Brand New Music finally released TROY. Characterized by some as a “man-band,” the hip-hop and R&B quartet debuted with upbeat “Green Light.”

The song is what we would expect, given last year’s solo tracks for Bumkey and Kanto. A smooth R&B track with an upbeat pace, “Green Light” continues Brand New’s pattern of lighter, but not candy-coated, R&B. Traditional jazz elements, such as heavy brass and bass, give the song a more classic air. Conversely, the use of the keyboard modernizes the song to keep up with the times. The combination of both old and new instrumentation makes the song fresh.

Bumkey’s voice is, of course, perfect for a song like this. He has the smooth, jazzy vocals that match well with the style, and I half expected him to start scatting at the beginning. While the raps could have been out of place, they flow seamlessly and each member’s voice is distinct. Although there could have been a slightly better line distribution, no member is wasted and is recognizable.

While the teasers would lead one to believe that “Green Light” would be suggestive, the song is about escaping the fast life. We all get tired and dragged down by the daily routines of our lives, so the song is relatable. The lyrics speak of escaping the bright lights, loud music, and work-load, and just driving to a place where you can actually see the stars. TROY wants you to give them the green light to get away from life. They also want you to remember who the artist is: T.R.O.Y.

The sets give the feel of a modern take on the Roaring 20s. Complete with a bar, an upright bass player, and crates of alcohol, the opening set is like a smoky speakeasy. The alleyway scene also makes one think of the vibrant, yet underground, party scene during the 20s. In the second scene, the MV uses character pauses in order to focus on each member’s particular part. As the song progresses, the scenes switch from muted to bright colors. The use of these lighting techniques enforces the party atmosphere.

In a shocking development, TROY actually dances. While they aren’t doing any complicated choreography – they are a man-band after all – they still show off some smooth moves. The simple shoulder bounces and foot slides are easy to follow along with, and fit the song’s groove well. Kanto was actually quite skilled during his solo dancing portions. 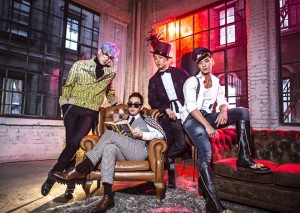 While a little eye candy is appreciated, it is really not needed in “Green Light.” Just as I would complain about gratuitous sexiness amongst female artists, I will complain about Jaewoong’s gratuitous ab flashes. He has a right to be proud of the hard work he puts into keeping fit, but in context of the video, it’s sorely out of place.

In K-pop, you come to expect some truly odd fashion choices during promotions. The stylists for TROY didn’t let the viewers down when selecting the group’s outfits. While the extras are dressed like a hipster’s contemporary version of The Great Gatsby, the member outfits obviously stood out.

With only Kanto seemingly normal, the other three were highly suspect. Bumkey’s flower-patterned pants would lead someone to believe that the designer stole their grandmother’s curtains. Jaewoong’s police-cap-and-tight pants outfit is a mass of confusion. What exactly was the motivation behind that idea – participant in a Village People audition? Poor Changwoo has the worst of the bunch with his feathered top hat and robe. It’s reminiscent of an eccentric uncle who still runs around like he’s in the 1920s.

All joking about the outfits aside, TROY’s debut was enjoyable. A smooth track that firmly plants itself in your brain, “Green Light” is a nice introduction of TROY into the K-pop scene. 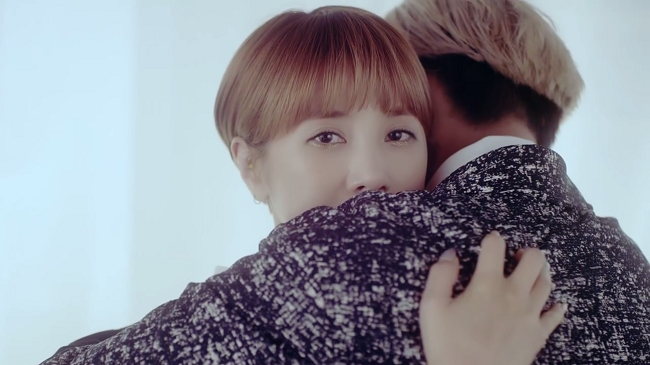 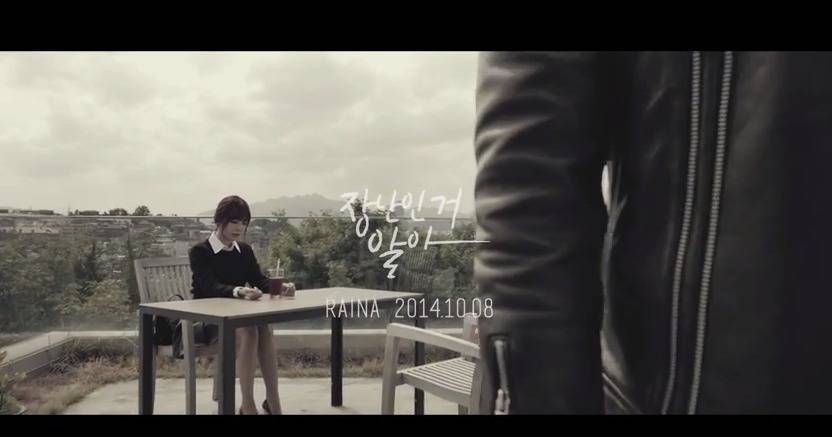 Raina Weeps in “You End, And Me”