What Running Man Should Have Done in Australia 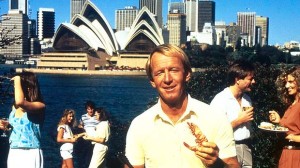 There is an allure to visiting a far away land, the desire to put as much distance between our ordinary lives and problems and revel in the rich and rare beauty of a place unlike our own. So naturally there are countries which seek to capitalise on this, like the isolated island-nation of Australia. The past decades have seen many notable tourism campaigns from the country, such as Paul “Crocodile Dundee” Hogan‘s famous promise to “slip an extra shrimp on the barbie” and Lara Bingle‘s infamous query of “where the bloody hell are you?”

After that particular bingle, Tourism Australia seemed to realise that the traditional ad campaign wasn’t enough any more to lure tourists here. And so they turned to celebrity. First we had Oprah; then we had Ellen; Bollywood, Kollywood and Tollywood came from India and shot their films here; and now Tourism Australia has brought down under one of the most popular variety shows in not just its native South Korea, but throughout Asia: SBS‘ Running Man. While there is still a focus on wooing Americans (G’day USA, anyone?), this new focus on East Asia for tourism dollars reflects the trend of increased expenditure by these countries. South Korea alone spent 1.2 billion AUD in 2012, and is expected to be contributing between 2.8 and 3.4 billion AUD by 2020; and when you add in the projected increases in tourism revenue from other East and South East Asian countries, there is a lot of money to be made. 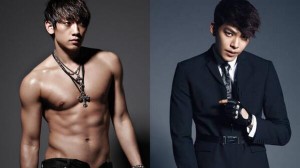 With the still super popular Rain and the handsome Kim Woo-bin in tow, interest in Running Man‘s Aussie episodes could only be heightened. The two-parter which aired over the last two weeks showed the cast quest their way from Brisbane, to the Gold Coast, to Melbourne.  The lack of Sydney, home to Australia’s largest Korean population and some of the most recognised Australian monuments, was noticeable; but the cast and crew of Modern Family had already claimed the city for their own shooting schedule.

In any case, this itinerary was ideal in showing off both of Australia’s rugged landscape and sophisticated city life … Or, at least, that was the idea.

Though there were some funny moments, the episodes ultimately fell flat with their contrived plot and bumbling pace. But that is a problem Running Man has been dealing with for a while now. We could have at least spent the time watching the cast do and see awesome things, but we were disappointed on that front as well. Running Man excels with the weird, wacky and extreme, qualities Australia has in abundance; and while Tourism Australia wouldn’t want to scare people off, it would have helped both them and the show to captivate viewers and generate more interest in visiting the country.

And so, I’ve drawn up a brief list of true blue suggestions that can hopefully be sent back in time to both Tourism Australia and the Running Man PDs. If you or anyone you know has access to time travel, please do let me know in the comments below.

Speaking of kangaroos, the best moments of these two episodes were of the cast meeting and feeding a bunch of greys, with them trying to take photos of koalas not far behind. We could have all done with more of these cute animals  that you can’t see outside of Australia; the cast could have seen platypuses, cockatoos, possums, kookaburras, wombats, dingoes, lizards, crocodiles, snakes, spiders… the list goes on! 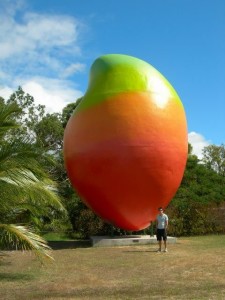 Not actually steal it, just hide it temporarily until the media loses interest. Fast-food chain Nandos recently stole the Big Mango to promote a new product and the initial response was explosive. Sure, response was kind of on the “meh” side when Nandos made their big reveal, but the level of publicity received would be a lot for Running Man. After all, any publicity is good publicity.

And if there’s enough interest, maybe the Australian SBS might start airing the show in Australia, maybe in the timeslot after If You Are The One. There’s also literally tonnes of choice available as well: there’s the Big Prawn, the Big Pineapple, the Big Rocking Horse, the Big Guitar, the Big Whale (which is actually smaller than a real life whale)… if only we had a Big Cabbage, then it could have been turned into the Big Kimchi. And there’s always the added bonus of listening to people complaining about Asians stealing their homes and monuments. Everyone wins!

How on earth do you visit the sporting capital of Australia and leave without once casting your eyes upon its holiest of grounds? The MCG is home to the annual Boxing Day cricket test and the AFL grand final, among other big events. The cast could have even been made to play footy! They were able to drive on the other side of the road with no qualms, they could handle trying to kick a goal or two. The MCG would have been a much more fitting location for the finale than the Royal Exhibition Bulding.

The latter location may have been where the first national parliament was held when Australia became a federation in 1901 (thus making Melbourne the first national capital of Australia), but it’s also heritage listed as well, meaning I spent more time worrying about potential damage to the building than about the actual game. The MCG would have to keep the grounds immaculate for the impending footy season, but that would have meant the goal posts would already be up, ready for some goal scoring. A great chance to introduce the national sport to a new audience, and Tourism Australia blew it. Such a shame. 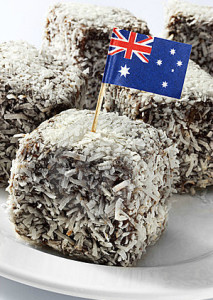 Sure, Melbourne is the food capital of Australia and it was great of Running Man to showcase this with Song Ji-hyo‘s solo mission (and also show us where the druggies in Degraves St hang out), but macarons aren’t exactly dinki di. Instead, the lady should have been sampling the finest foods Australia has to offer: Peach Melba, lamingtons, musk sticks, fairy bread, Tim Tams, ANZAC biscuits and, of course, Vegemite. Now that would put a rose in Ji-hyo’s cheeks. At least she was smart enough to get a cup of joe — Melbourne isn’t called the coffee capital of Australia for nothing.

And let’s not leave the blokes out — one of the many things that makes Australia unique is its habit of eating the animals on its coat of arms. Forget balsamic vinegar, HaHa should have been picking up some roo striploin at that supermarket. Then they could have tried it Korean barbeque style and told us how kangaroo bulgogi tasted. Who knows, they could have created a whole new fusion cuisine.