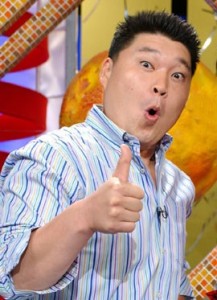 Rumors have been swirling around MC and comedian Kang Ho-dong‘s return to TV, with many websites claiming that he will be hosting a variety show styled around fan club competitions. In this format, idols would marshal their fans to compete, resulting in a winner each episode. While the official confirmation has yet to materialize, speculation abounds on how this idea is both a ratings dream and a hotspot for drama and disaster.

It’s very likely that this “insider info” was leaked in order get more buzz for a prospective Kang Ho-dong show. The show has not been confirmed by MBC, and if he does receive his own variety show, it will probably lack the fan club competition element entirely, since the logistics would be near-impossible to manage. That said, with the buzz successfully generated, wouldn’t it be fun to speculate about that such a show would look like?

We can only imagine the grand fanwars that would erupt on-screen and off-screen, to maximum coverage. Famous so-called rivalries would have access to widespread, officially sanctioned media coverage. YG might get the ultimate SONEs vs. Blackjacks war he dreamed of. ELFs vs. EXOtics would be epic indeed. Pitting any newer group against a more established group also has the potential for an upset: think Hottest vs. the oft-compared GOT7‘s fans (no official fan club name yet).

Setting girl groups with more “cute” concepts against girl groups with more “sexy” concepts could also cause an uproar: try Pink Pandas vs. Say As. The potential for gendered fan competitions might also be possible, elevating male groups vs. female groups to an entirely new level. The drama would be endless, and the internet’s ability to serve as a battleground would ignite international fans alike.

Salacious drama aside, in reality such a show could become more of a liability than a moneymaker. The issue of safety becomes paramount to the proposal when it comes to choosing which fans, out of the surely millions who would apply, could appear on the show. Sasaengs already threaten idols’ safety, and the possibility of allowing them to officially meet and spend time with idols–not mention other fans–runs the risk of actual physical danger. Idols already do run this risk every time they go out in public, but endorsing forms of competition among fans might only (pardon the pun) fan the flames of sasaengs’ obsession.

Such a show also runs the risk of reinforcing negative stereotypes about fandom. In the media, fans, especially young, female fans, are often portrayed as obsessive, delusional and perverse. Some fans do fit this description, but they are by no means the majority. It is offensive to continue to propagate the same images, casting every enthusiastic fan as an obsessive fan. Putting together the nature of reality TV editing with the intense rivalries between certain fan clubs, such a framing would no doubt be possible, not to mention the moral issues involved in casting underage fans. 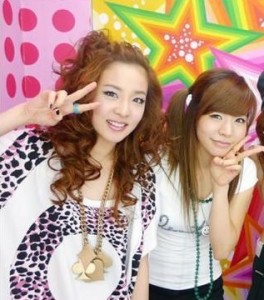 I’m hopeful, though, that if done in the proper manner, a TV show could end up softening the barriers between different fan groups or questioning the nature of what it means to be a fan. At its best, competition brings to the forefront the very commonalities of the competitors: The Olympics exemplify this, for despite the nationalism inherent in most media reporting, many of us find ourselves rooting for athletes who do not hail from our respective countries. If this show is ever produced, the makers should emphasize the time and effort that fans devote to their idols and focus on helping them find common ground by the end of each episode, with less emphasis on the result.

Who would you want to square off in a fan club brawl? Alternately, are there any groups you think should not meet under any circumstances?

(Naver, YouTube [1], Images via Running into the Sun, The Times, Naver)