Immortalizing K-Pop, One Song at a Time

A singing competition where a varied audience votes for an artist, not based on their label or name recognition, but whether they put on a grand 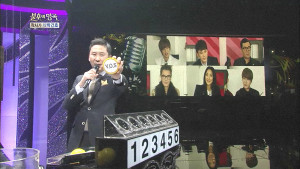 performance seems like an ideal type of show. Luckily, that is what KBS’ Immortal Song 2 brings to K-pop audiences.  Covering various legendary artists, from trot to folk to old school pop, artists from their own varied backgrounds, perform to a live voting audience. Artists are picked randomly from a bowl, like the lottery, and the artist with the highest number of votes, wins.

The show is of course not a completely serious competition. The MCs, Shin Dong-yup, Moon Hee-Jun, Jung Jae-hyung, and Eun Ji-won, keep the show light with their jokes and questioning of the artists. The backstage interactions between singers, which include a mixture of praise, envy, and friendly insults, only further the enjoyable atmosphere. They may be rivals, but they have fun. While it seems like a simple concept, the show has a great impact on the Korean music scene.

“These days, many people say that idol singers can’t sing. But Sandeul is proving them all wrong.” 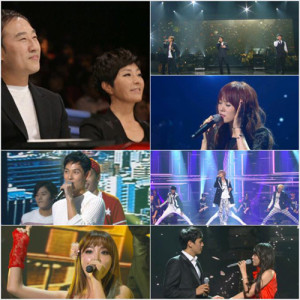 This statement by Park Sang-min, following a moving performance by B1A4’s Sandeul, sums up the general sentiment about idol singers. Admit it; we all have compared vocalists in groups to those who are soloists or in vocal groups. Or try to figure out how in the world someone debuts when they sound as bad well as we do while singing in the shower. Immortal Songs 2 has become a place for idol singers to prove us wrong and to showcase their individual talents.

On Immortal Songs 2, the best perform, and if you can defeat the likes of ALi, Ailee, Davichi, or Jung Dong-ha, you are in a league of extraordinary artists and earn respect.  It offers some legitimacy to the crazy fangirling/fanboying fans do when listening to their favorites.

Of course, Immortal Songs 2 is not just for solo singers — idol or not.  Hip Hop artists, bands, and even K-pop groups join in the competition. For example, songstress Gummy, SHINee’s Taemin, Teen Top’s Niel, were most recently on the show with rock band Daybreak, rock singer Kim Jong-seo, and vocal duo V.O.S. This combination of artists from different genres only adds to the legitimacy of the competition and its participants.

One group that has benefited from this legitimacy is FT Island. The band was the target of doubters claiming the band did not actually play instruments, since they had to hand sync of music shows. However, they were able to play live on Immortal Songs 2, thus proving the band was exactly what they claimed: a band.

What has kept the Hallyu Wave going? Fan base growth. Shows like Immortal Songs 2 are important in that continuing growth, both domestically and internationally. The show offers name recognition and exposure to artists, which means increased sales and interest. Before the show, I had never heard of Boohwal (Jung Dong-ha just recently departed as the band’s lead singer), Lim Tae-Kyung, or Yim Jae-beom. It’s also the first times I heard H.O.T’s “Candy” (which subsequently lead to interest and love of old school K-pop.) 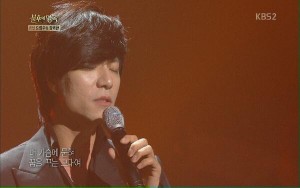 It’s a reminder of the artists who made K-pop what it is, today. For instance, Bada, of the old group S.E.S, was on the show for episodes in 2003 (and won four times). She once again showed why S.E.S was considered one of the best-of-the-best in late 1990s and early 2000s.

The same goes for the artists being covered. Those new or fairly new to k-pop now are being exposed to the classics, and those artists are gaining new and younger fan bases. I bet those royalties are great, too.

Current artists also see a benefit in appearing on Immortal Songs 2. K-pop fan bases tend to be more youthful — even I feel old by comparison.  However, through Immortal Songs 2, older audiences also become exposed to these second and third generation artists, which should help with the bottom line. These older audiences are more likely to have disposable income to spend on music, and perhaps more willing to give their kids money to purchase music. That’s a big plus for any artist.

It’s a win-win for all those involved, and not just those who win the coveted microphone trophy.