"Hwayi: A Monster Boy", or the Importance of Family 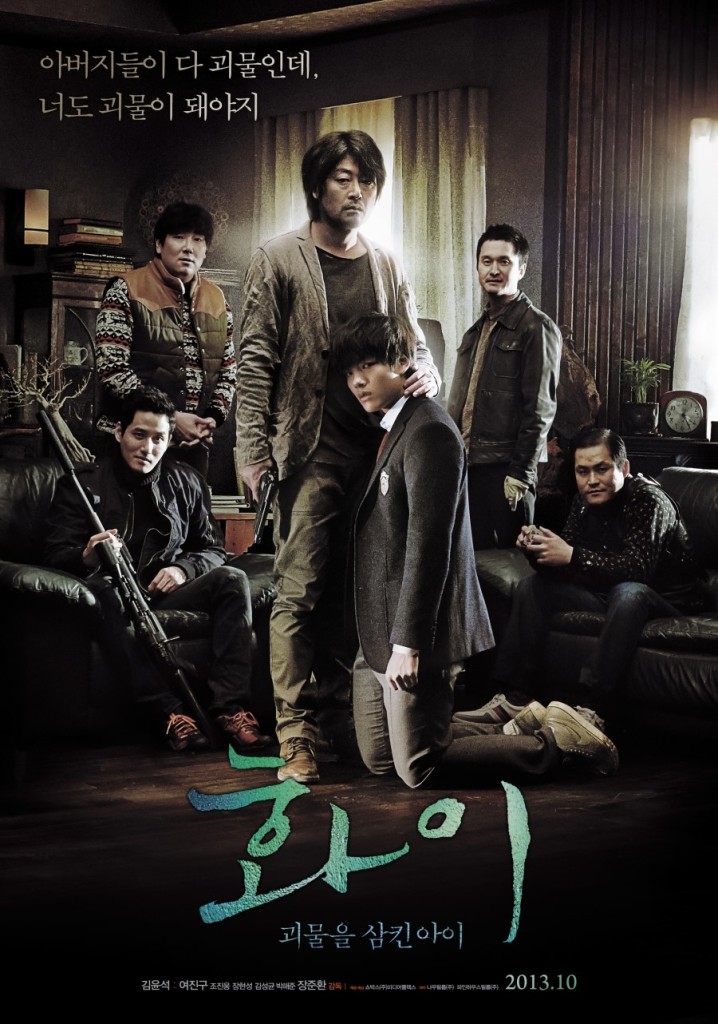 It is a known fact that families these days don’t have to follow the traditional mother-father-child formula anymore. Single parents frequently raise their children by themselves, and same-sex couples are also becoming more and more accepted in society. But five fathers raising one adopted son? This would certainly still raise a few eyebrows.

Yet, this unusual domestic situation provides the basis for the plot of Hwayi: A Monster Boy. In this 2013 film, a group of criminals kidnap a young boy. Not knowing what to do with him, they eventually decide to call him Hwayi and raise him. As one could guess, this is much to his disadvantage since all they seem willing to teach him are skills pertinent to a life of crime.

At first, the viewer is made to believe that the characters are able to live a somewhat normal life that way. But problems arise when Hwayi and the criminals  apparently break into the home of the boy’s birthparents. When Hwayi realizes what the criminals have forced him do, he begins to exact his revenge on them. The question the movie seems to ask and leave unanswered at the end is whether, by nature or through one’s upbringing, a person can have some terrible evil inside of themself which cannot be stopped but is merely moved to the outside of that person by their actions.

Sounds a bit confusing? That’s how it’s supposed to work, as there are a few instances in which a willing suspension of disbelief is inevitable if one wishes to enjoy the movie. This might be excusable, but the overall messy structure of the movie is not. The many interest groups (criminals, Hwayi, police, other criminals, etc.) and their differing agencies are not always introduced properly and therefore could cause some confusion on the side of the viewer. The movie also doesn’t always seem to know where exactly it wants to go, and what kind of message it wants to convey. At times it seems as if it wants to dwell on Hwayi’s pitiful fate, then it focuses on the inherent evil that might be inside of him; or it focuses on a completely different character. This makes the storytelling seem somewhat butchered and not as smooth as it could have been. 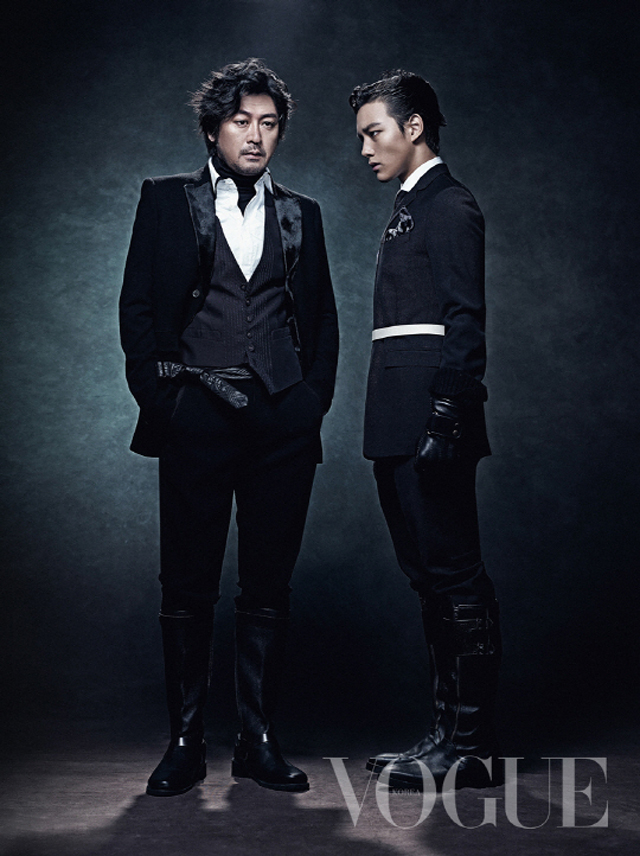 On the other hand, this uncertainty also helps in portraying the characters as multi-faceted individuals. Hwayi’s fathers have widely differing character traits and cannot all be classified simply as evil, lowlife criminals. Hwayi himself also goes through many emotions, and his plans and intentions often seem to change, depending on whom he is interacting with at the time. Since he is still an impressionable boy, such wavering on his side is understandable.

The insecurity and mental instability of the main character are wonderfully supported by the camera movements. The frequent use of cameras that were held by people rather than standing steadily, and which therefore slightly shake at the edges, intensify the feeling of emotional uncertainty and betrayal that Hwayi must be feeling.

While on the subject of the technical side of film making, the monster Hwayi repeatedly sees should also be mentioned. The animation itself is not mind-blowing; but the use of the monster in the plot is a neat way of showing the scarring effects an upbringing in such a hostile environment can have on a person. It could also reflect the fear Hwayi might have of turning into a criminal himself, e.g. when he sees the monster in the moment when he is first told to shoot a human being.

The soundtrack also does a good job at creating a tense atmosphere. Music is seldom used: The viewer only hears one song when Hwayi is listening to it; otherwise the soundtrack seems to rely on string arrangements or pure dialogue.

When going back to the consideration of the plot, it’s interesting to look at it and the different concepts of masculinity it presents. The job of the brutal criminal is very much connected to a traditional, rough, action-hero-style type of manliness. But the plot’s basis of the five men who are raising one boy, giving him (clumsy) tips on how to deal with women and worrying about him, paints a much softer picture of what it can mean to be a man. Females only appear as love interests, quasi-housekeepers and hysterical mothers. 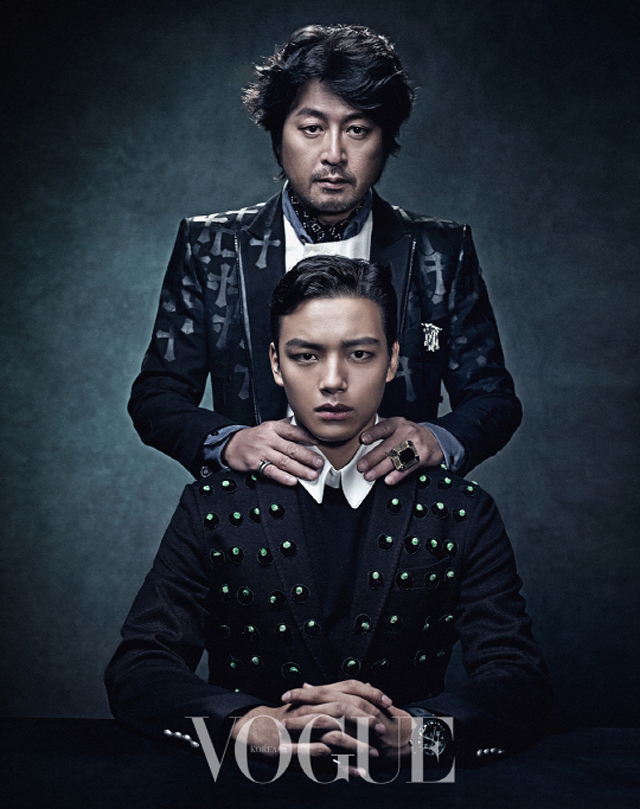 In this movie, director Jang Joon-hwan was able to gather a couple of well-known or up-and-coming actors such as Kim Yoon-seok, Jang Hyun-sung, Yoo Yeon-seok and finally lead actor Yeo Jin-goo. Special praise belongs to the latter, who is able to showcase his impressive acting talent at the tender age of sixteen.

This becomes especially apparent in the scene when his character discovers that his mother has been killed. Yeo Jin-goo goes through laughter, grief and anger in a matter of seconds. While others would have dealt with this by endlessly overacting, Yeo Jin-goo is able to craft one of the most intense scenes out of such a difficult instruction. Considering the intensity of his role and his age, it is reassuring to know that the actor received psychological counseling throughout the whole movie-making process.

In conclusion, the movie receives a 3 out of 5. Even though the characters and the actors’ portrayal of them were gripping, the aimlessness of the movie was disappointing. The production still managed to create an intense atmosphere but it would have needed a slightly better script to support it.

(Nylon, translation via The Sunny Town; images via Showbox & Vogue)