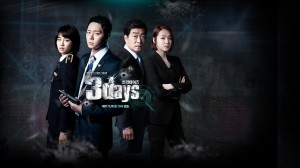 Warning: There are a few spoilers ahead!

Park Yoochun has returned to the small screen, and this time around he’s tackling an action role, once again showcasing how surprisingly versatile an actor he is turning out to be. 3 Days took over the slot formerly held by February’s critically successful drama You Who Came from the Stars, which left some big shoes to fill. Besides the buzz around Yoochun’s return to K-dramas after being largely absent from the public eye, the show enlists the talent of A-list actors, veterans and young’ins alike. And with writing and direction from  Kim Eun-hee ( Phantom, Sign) and  Shin Kyung-soo (You’re My Favorite), respectively, expectations are high.

Yoochun plays Blue House bodyguard Han Tae-kyung. Three months after his father Han Ki-joo (played by Lee Dae-yeon) dies from critical wounds sustained in a car accident, he becomes the prime suspect in the shooting and disappearance of President Lee Dong-hwi (portrayed by veteran actor Son Hyun-joo). From there, as they say, the game is on. 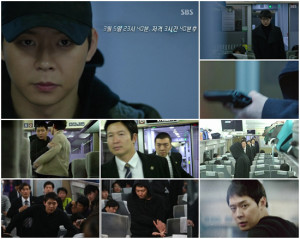 Loosely emulating the storyline of the US’ highly popular 24, 3 Days has the potential to be an incredible show. Both writer and director have invested a great deal of time and effort into making this a drama of the highest quality. Kim dedicated two years of her life writing this show, and before its first episode even aired, she had six scripts at the ready. Ratings have steadily climbed since the pilot, surpassing God’s Gift and Empress Ki for the first week of March, reaching 274.31 on the Contents Power Index (CPI)—a combination of the Nielsen Korea scale and CJ E&M. Of course, that’s to be expected when factoring Yoochun’s power to attract audiences and advertisers and the presence of Korean television and film’s most respected actors.

However, star power alone will not make this an easy drama to sell. There are a few key problems with it that have caused some fans to question whether it’s worth investing their time. The more biased viewers complain because it’s not wall-to-wall Yoochun, something that makes any mistakes in plot or quirks in direction stand out to them. That’s not to suggest, however, some of that criticism isn’t warranted. One of the most glaring issues is much of the script makes use of exposition to tell the story. The overuse of flashback and internal monologue as tools to fill in plot holes and explain things that aren’t easily explained on screen is a serious drawback, instantly taking viewers out of the story.

This leads to issues with predictability and strained suspension of belief. Only four episodes in, and viewers can detect who’s done what and infer sequences of events. The show has already suggested three plausible scenarios, two of which occurred within the first two episodes: 1) Han Tae-kyung’s superior is behind the scheme to assassinate President Son; 2) the President and Han Tae-kyung’s father were involved in some sort of conspiracy; or 3) a secret assassin is working for the party that’s actually pulling all the strings. Then there is the question of the competence of the Secret Service and its agents. They seem so incapable of doing their jobs it’s almost laughable. For instance, in episodes three and four, they manage to lose their lead suspect, Tae-kyung… twice!—when he first escapes their custody in the President’s vacation home after the shooting and when he’s later taken into custody on a train the President allegedly boarded from Cheongju Station. 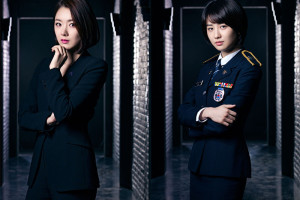 Of course, something that many K-dramas tend to have trouble with is the rendering of their female characters. 3 Days is no exception. Though they don’t necessarily follow the traditional tropes for female costars (namely the bitchy, stop at nothing tart and the bumbling, innocent do-gooder), their respective portrayals are a bit on the ridiculous side. Lee Cha-young (played by So Yi-hyun) is completely clueless to the point of exasperation and most certainly exaggeration. She’s part of the Secret Service, and her job is to consider every angle when ensuring the President’s security; yet it’s completely beyond her skill set to deduce that a) a plot to kill the President is plausible, and b) the information gleaned from the crime scene is faulty. She also makes her every move painfully obvious, from questioning the Chief and how Han Tae-kyung escaped under his watch, to hiding in his office after snooping around in the dark—she hides under a desk that’s out in the open, for crying out loud!

Yoon Bo-won (played by Park Ha-sun), a local policewoman, is more proactive and capable of logical deduction than Cha-young (one of the best scenes: Bo-won manages to trick Cha-young into giving her information about Tae-kyung’s case while being interrogated herself). However, she unnecessarily jumps into situations that will get her hurt or killed. She’s impulsive and doesn’t think out a means of escape and logical protection, putting herself needlessly in danger for the sake of following a lead. Her character is a contradiction: smart enough to extrapolate clues from a shady situation, but idiotic enough to never be able to protect herself (classic foolishness: following a suspicious truck into the woods at night without a flashlight or a gun). In the long run, all signs lead to setting her up as a love interest.

Though for all its faults, 3 Days (mostly) succeeds in both story and direction. Shin’s camera work is actually quite beautiful, using panorama shots well enough and making good use of close-ups—though it would be helpful if he’d tone down the interchanging filters just a bit. The editing is a plus. Even in moments where there’s exposition, the splicing together of past and present is seamless. Probably the most successful technical aspect is the sound. The use of silence in certain moments in the show is haunting. My favorite scene by far comes from the first episode. Han Tae-kyung’s in the middle of a raucous crowd of citizens, escorting the President through a marketplace. He’s awaiting confirmation of his father’s death. Right when he receives the message, the background noise falls away, and all the viewer hears is the sound of Tae-kyung’s cell phone vibrating in his pocket. It’s absolutely brilliant, such a miniscule sound in a sea of noise. 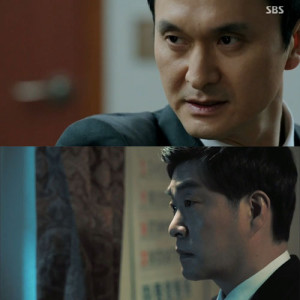 It’s no surprise the veterans are almost flawless. Both Son Hyun-joo and Jang Hyun-sung, who plays Chief Ham Bong-soo, give incredible performances, highlighting their experience. However, what actually came as a surprise is how drastically Yoochun’s acting has improved. The first noticeable difference is his facial expressions, particularly his eyebrows. He’s always been heavy in the “eyebrow acting” department (whoever taught him this method of emoting should be slapped silly). He seems better capable of using subtlety to shift between emotions—something that almost made it hard for me to watch him in the past… almost.

As the show progresses, my biggest fear is the inclusion of the obligatory love triangle. A love story would effectively end my interest in the show. One thing that almost made me stop watching my favorite drama IRIS was the unnecessary love triangles (there were two, both centered around Lee Byung-hun and Kim Tae-hee’s characters). Because there are two females in 3 Days, and no drama that I know of can ever make use of the females in a show without having at least one fall inexplicably in love with the male lead, it’s more than likely that Bo-won is going to get into some sort of “love thing” with Tae-kyung. Because the show is focused on the President, and more urgently how Tae-kyung’s father is/was involved with him, a love story would just be a means to get more female viewers invested, which would relegate the show to nothing more than a drama centered around a romance.

Throughout the first four episodes of 3 Days, there’s nonstop action, intrigue, and tension. It remains to be seen if Kim’s script can maintain the suspense and clean up the more glaring plot holes her story seems to be peppered with. She seems to have managed to evade the pitfall of too little story as the series progresses… for now. Here’s hoping some of the rougher patches are smoothed out and the loose ends tied up.