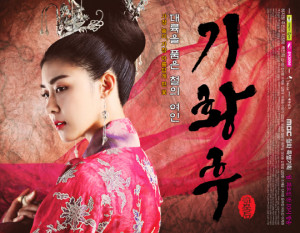 For the international fan, sageuk dramas can be hard to get invested in; the historical context is often lost and the finer details may escape us.

Yet every now and then a sageuk drama manages to transcend those barriers and non-sageuk drama fans get hooked as well. The latest to fall into this category is Empress Ki starring none other than the fabulous Ha Ji-won.

Empress Ki absolutely wonderful. Action, superb acting, well-written characters, what more could a viewer want? So, without further ado, let’s take a closer look at Empress Ki starting with its characters. Warning: there will be spoilers below.

First up is the titular character played by Ha Ji-won. She plays Ki Seung-nyang, an orphan who poses as a man to survive after the death of her mother. Seung-nyang grows up to become the leader of a band of men intent on saving their female family members who were taken to Yuan as slaves. The issue is close to Seung-nyang’s heart as she and her mother were once captured and faced the danger of becoming slaves themselves.

Seung-nyang will eventually become Empress Ki and the drama is about how that occurs. For those of you interested in the historical background of Empress Ki, Empress Ki was a korean woman of aristocratic birth who became a concubine of Emperor Huizong. After the empress, Empress Tanashiri, was overthrown, Empress Ki became the empress. 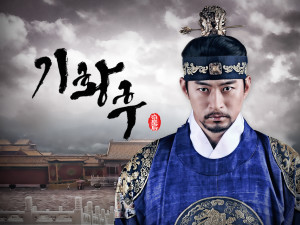 This is obviously a very brief history but it should provide enough context to understand the drama. Understandably, though, Empress Ki has taken many, many creative liberties with the story of Empress Ki and the historical figures present in the drama.

Seung-nyang’s main love interest is the moral Koryo King, Wang Yoo, played by Joo Jin-mo. His character is that of a king unhappy with the current state of political affairs — namely that Koryo is subject to Yuan’s rule. As a king, he is hurt and ashamed that he cannot protect his people.

Seung-nyang’s other love interest (and future husband) is Emperor Huizong (aka Ta Hwan) played by Ji Chang-wook. We meet the emperor as he is exiled to Koryo by his uncle but he soon reclaims his rightful place as Emperor of Yuan.

There are other notable characters as well. Emperor Huizong’s wife, Empress Tanashiri is played by Baek Jin-hee. She is interesting in that she both rejects and accepts the rules and constraints placed upon her as empress. While we haven’t seen too much of her yet, her role is steadily growing and she is set to become an important player in court politics. 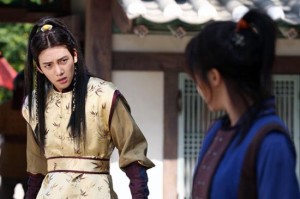 Her father, known as Yeon Chul (or El Temur), is played by Yeon Guk-hwan. He plays an active role in his childrens’ lives as well as court affairs as he makes Ta Hwan a puppet emperor.

He is obviously one of the villains of the story along with his son, Dang Ki-se (Kim Jung-hyun) who is intrigued by Seung-nyang once he realizes she is a woman.

Our other main villain is Wang Go (Lee Jae-yong) who aims to be king of Koryo instead of Wang Yoo. He is treacherous and smart — a lethal combination. Between him and Yeon Chul, our protagonists have a lot to deal with. Also part of this trio of baddies is power-hungry Yeom Byung-soo (Jung Woong-in) who began on the side of Seung-nyang but later switched to the side of Wang Yoo.

Lastly is Baek An/General Bayan (Kim Young-ho) and his nephew Tal Tal (Jin Lee-han). I put them together because they are almost always together on screen. While the two start off working for Yeon Chul, they assist Emperor Huizong on a few occasions. The two get to know Wang Yoo when Wang Yoo is sent to an outpost along the silk road where Baek An and Tal Tal are stationed.

There are many more characters than this but these are the most relevant. If other characters start to play a larger role then I will most definitely talk about them in later articles. 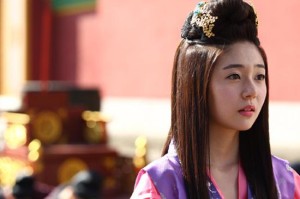 Now, on to the good stuff, aka why Empress Ki is so darn good. First of all, the characters are well-written and the acting is excellent. Our three main characters are developed and have many facets to their personalities. They are also dynamic and constantly respond to their changing environments.

The reason why this is so important is because it displays personal growth. Seung-nyang being talked out of killing the emperor by his concubine shows that she values her people over her personal revenge. Had she disregarded them and continued on her plan to kill the emperor, she would only have been defined by her revenge and nothing more.

While the minor characters and villains aren’t as developed as the trio, most don’t come off as cartoonish with their one dimensionality. Perhaps this might change as the show goes on, but as of now the villains haven’t been off-putting.

The acting is superb as well with every actor bringing nuances to their character. In particular, Ji Chang-wook stands out due to his impressive performance as Emperor Huizong. Somehow Chang-wook manages to portray a naivete and mischievous emperor with all his insecurities and idiosyncrasies. He steals every scene he is in and cracks me up with his ridiculous antics. 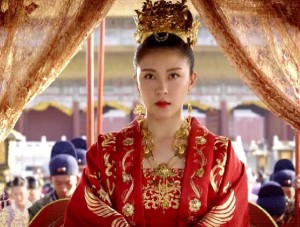 Of course, Ha Ji-won is the real star of the show and brings Seung-nyang to life where a lesser actress might have failed. Her acting is more subtle than Ji Chang-wook and Joo Jin-mo’s acting but she still displays a range of emotion and hooks the viewer into her character’s struggles.

The pacing and plot of the drama are two more reasons why Empress Ki is great. The story never feels rushed yet it moves at a swift pace. Each arc does not feel dragged out and instead constantly presents new obstacles for our heroes. The plot also presents actual stakes and although some of the plot points tend to be over-used in sageuk dramas, in Empress Ki the pacing prevents them from becoming stale.

While I can certainly praise Empress Ki all day, there are some minor flaws. The biggest, to me, is the difficulty in distinguishing time. The drama seems to skip ahead in time with no indication of the passage of time. While this could be blamed on lost-in-translation issues, it is still unsettling.

For example, after the emperor slept with the Koryo palace maid, a few scenes later she was determined to be pregnant. However, it had seemed that only a few days had passed instead of weeks. Fortunately, it wasn’t such a big deal that it interrupted my viewing pleasure and the other time slips are much more minor.

Another minor flaw occurs during certain action scenes — the bad guys are wonderful shots except when going up against the heroes.

For example, when the bad guys were using their crossbows to shoot down their enemies, they hit them most of the time. Yet, when Seung-nyang and Ta Hwan were hanging from a cliff, multiple arrows missed them even though they were not moving.

This happens in most action movies, not just K-dramas, so as long as you can suspend your belief for a little, it shouldn’t impact your enjoyment of the drama. I just personally prefer more logical scenes.

Despite some minor flaws, Empress Ki is a fantastic drama overall. It can be daunting to start — being a 50 episode sageuk drama after all — but the actors and their characters bring the story to life. I also really enjoyed the pacing and hope that Empress Ki will keep it up.

What do you like about Empress Ki so far? Favorite character?

*Note: For the sake of viewers that are not yet caught up, we ask that you limit discussion to Episodes 1-10 in the comments below. Please tag any discussion of latter episodes as spoilers, or wait for the next article. Thanks!