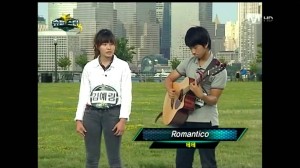 Indie/mainstream group Togeworl has recently released their long overdue music video for their new song “Talk to Me.” To fans of theirs this is exciting news, as it’s the first time in almost two years that the original duo has collaborated together. For those who are slightly lost in the midst of countless releases and comebacks — I shall relay to you some history.

Togeworl — better known as Two Months — first hit Korean airwaves during an audition for  reality TV show, Superstar K3 in New York. Their audition was met with great success, and resulted in a resounding “yes” across the board. Their beginning as a group however, is little bit more outlandish. Having known each other for merely two months prior to the audition (hence the name), Lim Kim (Kim Ye-rim) and Denny Do (Do Dae-yoon) decided to become a duo.

You would think that such a hasty beginning would result in a patchy musical sound, but Togeworl has proven otherwise. In the past two years, they managed to get third place in Superstar K3,  their cover of “Romantic” has been used as a drama OST, and Lim Kim successfully debuted as a solo act with a solid album to boot. Overall, the expectations for the duo’s highly anticipated comeback, were strong.

The release of “Talk to Me” has garnered positive feedback from Korean audiences, and the MV is no different.

One of the main standout components of the MV is the clever use of the social media platform; Instagram. The use of social media within K-pop has seen a steady rise (with K-pop idols dominating Twitter, Facebook, and of course YouTube), “Talk to Me” provided a pleasant surprise through utilising Instagram for their MV. Instagram is widely used amongst individual K-pop idols, but Togeworl’s release marks the first time the social media app has seen any mainstream usage via production companies within Korean entertainment. 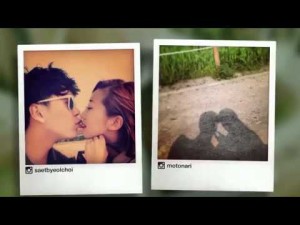 Real Instagram accounts are used to showcase real couples going about their relationships. It is a casual, light hearted video at it’s core and the focal point of the video serves to be the “film-reel montage” of various couples and their dating lives.

A strength of this MV is its success in using real life couples to elicit an emotional response from the audience. As an audience, we can relate to the emotions portrayed in the song and video, thus feeling more emotionally involved in the development of the MV. The MV offers the audience a momentary look in to the lives of real life Korean couples going on dates to the beach and cafe — a stark contrast from the overly produced and unrealistic context that normally accompanies romantic Korean songs. 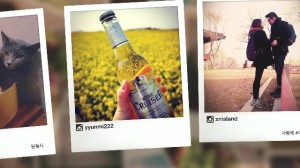 The perfect juxtaposition between pictures of couples engaging in intimate behaviour (such as kissing, holding hands, hugging, hospital visits etc) and the more humorous clips of “couple cats” and playful cartoons, serves up a nice blend of seriousness with cheer. The end product is a music video that constantly keeps the audience on their toes.

This sense is heightened through fusing elements of the Instagram video function within the MV — whereby clips of couples actively having fun is contrasted with photos of inanimate objects (such as flowers, fields, matching nail polish on feet etc). The underlying theme present in this, is that the content shown – depict an honest look in to Korean dating culture. 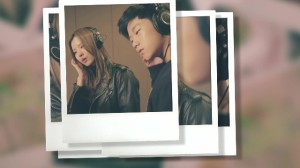 Where the juxtaposition of different shots proves to be a strength, appertaining to the audience, the shots of Two Months themselves falls short of achieving the former. Despite satisfying fans who have missed seeing the duo together for so long, the artist shots tend to look awkward. They exist outside the concept of the MV, and paradoxically the attempts at keeping the MV relevant to the artists who created the song, are overshadowed by the stiff official setting in which their interactions take place. It would have been more befitting, to show Two Months going on dates or casual friendly outings themselves, instead of showing shots of them recording the song — going on to show two pictures of them embarrassingly holding up peace signs.

In spite of this, the directors have done a wonderful job in keeping the MV relevant to the song (regardless of artist). The song itself, serves to be almost background noise in relation to the content of the MV — whereby enhancing the mood. The lyrics also play a crucial role within the MV; at the 0.58 mark, a clip is shown of a man thoughtfully wiping food off of his girlfriends mouth, just as the lyrics say “the reasons for fighting that always repeated and were the same” — whereby contradicting one another and conveying a lot of charm to the audience. The opposite is also showcased; as a shot of a proposal is shown just as the lyrics “I’m sure that in the end, it’s only you” are being crooned in the background. 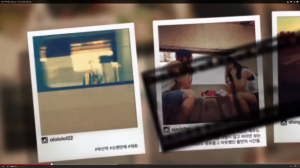 For all the blatant use of metaphor and artistry in the MV, the more subtle techniques cannot go unnoticed. The filming stands to be one the most interesting aspects of the MV; constant focusing and un-focusing of the camera lens, accompanied by camera flashes, glares and shots of rolls of films scattered here and there, brings forth an authentic and vintage feel to the video. It is almost as though, somebody is perusing their way through piles and piles of old photos and videos of their relationship, and smiling at the “fond memories” they bring back. As the audience we see this from an external stance, however still manage to relate to the nostalgia as loving relationships —  if not experienced — are almost always desired. 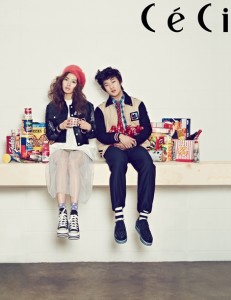 It is important to note that there are a couple of unfortunate misgivings of the MV, that shouldn’t be ignored. For one, the under-representation of same-sex couples within the video is something which to certain audiences may prove worrying. However, it is also important to understand that homosexuality in itself is a disputed topic within Korean media. The authenticity of the video is also compromised by the lack of “normal” looking (for lack of a better word) couples within the photo montage; almost all the couples seem to fit under the standardised definition of “beautiful” and anything other is nowhere to be seen. Ageism is also a cause for concern as the MV disregards the use of older couples, or endearing pictures of young innocent children holding hands in the playground. After all, love is something which is universal — present not only in conjugal-like relationships but also relationships between friends and families.

That being said, “Talk to Me” still manages to come out on top of the most romantic and endearing music videos in recent K-pop releases. There was many a time, where I found myself smiling from the diabetes-inducing sweetness of the couples, and I am sure it has bought back a lot of warm memories for others who watched it too. If that was the aim of the music video, it sure did accomplish it well.