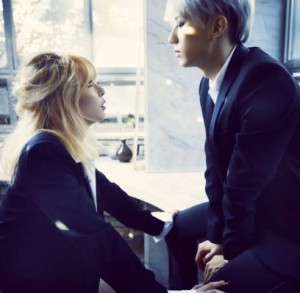 Laverne’s article gave our team of software designers a really great idea for a new app. The Create Your Own Group App (patent pending) allows you to define the parameters of your dream K-pop idol group. Using the most up to date K-pop rosters of past and present, the app has the ability to suggest options for potential members most suitable in fitting with your group’s designated roles. For premium users, the app also has the ability to blend your ideal members together within a coherent concept that is most relevant with today’s hottest trends. The beta version has just been released and is currently available only to exclusive Seoulbeats readers and writers. What compilation of members do you have in your fantasy idol group? What concept will they take on per debut?

TSA — a duo which appears to have risen from the ashes of many a failed group. They enjoy very superb chemistry on stage. Great to have on variety shows, due to their ability to deliver fan service in spades. And that’s before we get to their piece de resistance: their choreography 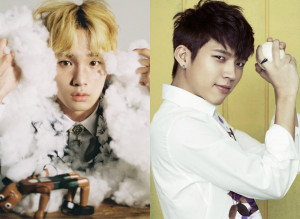 Designed to really play on the fact they practically depend on each other, the choreography would feature lots of high-fiving, bro-fisting and some other touchy feely grope moments (hence the name). Another hallmark of the group is that they can do highs and lows, but struggle slightly to get the mid tones right.

Cologne — a male dance trio, heavily into electronically composed music, usually with some applications of vocoders. Technically competent dances with flamboyant suits mean that it is the perfect sub-group for SHINee‘s Key (just the thing to get him excited again).

SAS24 — an all star girl group. The songs are competent and catchy, but that’s not the whole point. Come for the songs, but stay for the personalities (yes, trust me, amongst the sea of females, there would be one that catches your eye).

Where they would dominate is in the form of vertically integrated marketing. Through expertly crafted media connections, you will see them in the 9pm primetime drama playing meaty roles (dreadfully), singing the OST (reasonably), product placing sponsored products, and of course featuring in the commercial breaks.

And if that was not enough, they would feature in a weekly variety show which features various world class gags such as eating spices in excess or riding roller coasters at theme parks around South Korea. Now about the funding. Though we are currently running into slight issues, they should debut in 2015, and to positive critical reaction. 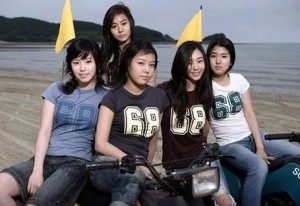 Mark: My superstar girl group will consist of only the best of the best in the industry at each position. This will be the undisputed all-star team of our time.

Their 19+ sexy concept and risque choreography (which will be altered and toned down right after their first week of promotions) will go hand in hand with the current trend. As for their name, I’ll have to think of one later but the the working title at the moment is Five Really Hot Girls That Woulda Coulda Shoulda. 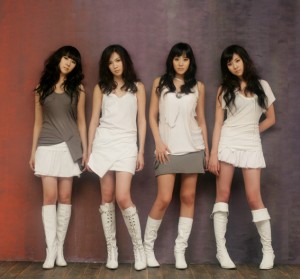 Shweta: My dream female idol group will eschew all current standards in female groups. This group will carry Boa‘s dancing talent, be among the best K-pop voices, have CSJH‘s acappella skills, and embody 2NE1‘s self-confidence, all without any of the whininess and over-singing common among the top female singers. They will cover songs from all of your boy band-faves and make them better, because they are that freaking good.

The five-membered group’s costumes will be classy and tailored, and they’ll probably be wearing pants at least 90% of the time. Forget sexy clothing because these girls don’t need that, since their live performances will rival (or exceed) those of DBSK in stage presence and singing ability. Most importantly, the choreography is going to be akin to Shinee’s stuff, because what girl groups normally get is boring as heck (ergo the pants).

Concept: Gothic steampunk with a regal twist. Their album covers will be gorgeous. I can see it all now, the new K-pop aristocracy. Sing everyone off the stage, girls!

Is this unattainable? Probably, but that’s what fantasies are for. 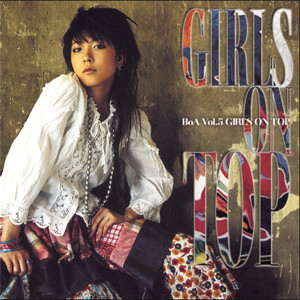 Leslie: I am just going to second everything Shweta just said and add to it. They may wear shorts the other 10% of the time since they’re practical to dance in. Also, they would definitely not be wearing sky-high heels that often. I’m sensing lots of funky sneakers.

And it’s probably worth noting that they won’t need to follow the typical divide of sexy or cute. They’ll just be confident and talented with great music and choreography to boot because that’s all they need to be the best girl group out there.

Laverne: My fantasy idol group would be a group that not only performs as a group but breaks into duos and sub-units on a regular basis. I really want the focus of my group to be musical quality and I want them to explore various genres. So here are a few of the current idols I’d like to draft.

Zico — to me, I prefer Zico’s producing to GD‘s because I feel like Zico hasn’t been pidgeon-holed into one type of genre. He’s been branching out, and with time and the right company support, I think that he can go far. Plus, he’s a talented rapper and can contribute to lyrics as well as producing.

Seungho — this is a purely biased pick because I recently watched him play the piano — just wait until you hit 0:27 — and swooned. On a more technical note, he has a great voice which would provide a nice contrast against Zico’s raps.

Kim Boa — A female singer would be great for collaborations but I wanted one that played guitar to offer something else to the group. Her beautiful voice can also adapt to different genres, which is a must for my group.

Ideally, I’d want one or two more idols to round out the group but I’m having a hard time choosing. Some of the candidates I’ve considered are BoA, Tasty, and Seo In-guk. I’m leaning more towards Boa and Tasty because I think they would add to the performance aspect of my group with dynamic and versatile performances. 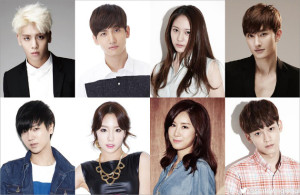 Lindsay: If I were to create a group, it would definitely be the new Ballad Group, a la 2AM. With SM the Ballad having a comeback, I can’t get powerful and emotional vocalists off my mind. Mind you, there needs to be a fine balance in a group like this because every member is a lead vocalist, so you can’t have any show-hogs running around. My members are as follows:

G.O — he is an incredible singer, and doesn’t get nearly enough appreciation. He could handle all sorts of tempos and melodies, and has the ability to meld with a group. Not to mention that his singing in English is nearly flawless, his accent non-existent, and that would be an asset to a group in an industry where using English words are prized.

Onew — another simply incredible singer, Onew has a voice suited to ballads (as well as rock). His sweet tone and deep emotional register would make him an asset in a ballad group. He, as well, is accustomed to working in a group but could use more appreciation for his individual vocal talent. 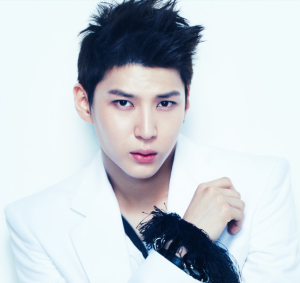 Youngjae — he is the more R&B focused of the vocalists in B.A.P, making him more fitting for a ballad group. Unlike Daehyun, his talent does not lie in power vocals, but rather in emotional and sustained vocals. He would do well in a group where his style of vocals would be more appreciated on a regular basis.

Leo — while he is in no short supply as far as recognition goes, I would want him in my group to take the high soprano parts. His angelic voice is perfect for love songs and he has proven himself to be a strong vocalist in many areas. His shy personality would work well in a group where they focused more on singing and less on girl group dances (not that I don’t love that part of him too).

Chen — I don’t care if I have to steal him from SM the Ballad, Chen is an amazing vocalist and he has proven himself over and over again. His voice has a goosebumps inducing quality that would be perfect in a ballad group. His experience in Chinese would also be an asset to the group, since they would eventually tour internationally and cover songs in other languages.

Gaya: One word — co-ed. If K-pop is not going to let me have a mixed group with more than two people in it, then I’m just going to make my own. 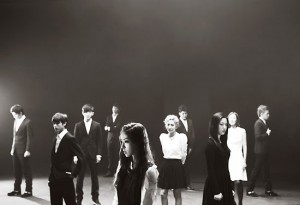 After much thought on the number, I’ve decided on three boys and three girls; this will give me an even number of each half in the gender binary while also allowing a point formation to be maintained with paired choreography. The concept will be similar to that of S Club 7 with a feeling that the members are just one big group of friends; but they’d also take advantage of heteronormality to execute the full rainbow of romantic concepts, from fluffy aegyo to full-blown angst.

Ambika: Can I get a co-ed rock group? I don’t even care who’s in it, as long as they can sing well enough in their songs. It can be a band or a vocal group. Just actual rock music, and not just a slew of rock ballads.

Fannie: It’s really interesting to see how the ideal groups the team has picked this time around compare to what the collective SB ideal group was roughly two years ago.

As for me: Yunho. Changmin. Jaejoong. Junsu. Yoochun. BAM. Done. The perfect group. Didn’t see that one coming, right?