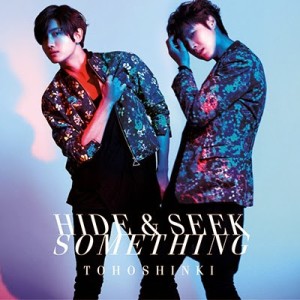 January is shaping up to be a month aimed at seasoned K-pop fans. It’s a week for epic comebacks from the veterans of K-pop with TVXQ and Rain both bringing unique songs and MVs to the table. It’s a nice change from the constant influx of rookie groups, no matter what the content is, since having experienced performers makes a huge difference in MV quality. That being said, both of these comebacks are already under heavy fire from the international K-pop community for one reason or another, meaning it won’t be quite the happy-go-lucky month of “golden oldies” some may have expected.

The first big MV to drop in 2013 was TVXQ’s “Something,” a jazzy, stand-up bass focused, swing-dance track. We’ve seen a lot of dramatic electronic music from the TVXQ duo in recent years, and likewise “Something” is a pretty big change musically. With as much hip-hop as we’ve experienced in 2013, it’s nice to see a new trend developing in K-pop. So far there have been retro – and specifically swing – inspired numbers done by IU, Rain, Key and Tiffany, and now TVXQ. All of these are more experienced idols and the suave maturity of the swing concept suits them. TVXQ, especially, has a sexiness that is amplified by the horn music and retro microphones.

There is no doubt that the concept in “Something” wouldn’t be pulled off in quite the same way if a rookie group were to attempt it. From the choreography, to the vocals, to the style, every aspect of the MV screams class and confidence. There are also interactions with females in the MV that are distinctly sexual in a way that isn’t often allowed with younger groups, but TVXQ has enough time in the industry under their belts to be officially “mature” enough to – almost — kiss a girl in an MV.

Speaking of girls, this MV is chock-full of women that raise all sorts of questions about MV directors and racial stereotyping in South Korea. Although it doesn’t have a direct effect on the quality of the MV, film-wise, it does affect how the viewer experiences the MV; and for some, it is making the experience distinctly unpleasant. Let’s put it this way: when there is a racial group that stands out like a sore thumb in an MV, you can bet that their position in the situation isn’t anything positive. For further discussion on the topic, head over to Gabrielle’s article about the white women in “Something.” 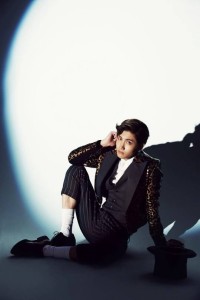 Back to the MV itself, the commodification of white women was not the only questionable choice SM Entertainment made in this MV. For example, who made the decision to cover Yunho and Changmin in garish fake tattoos? Because it is neither sexy nor does it fit with the concept of the MV. Although the tattoos could have been relevant in a slightly more contemporary rockabilly song, the concept in “Something” was definitely more 1920s swing. Among the many trends we’ve seen SM try and start this past year, fake tattoos should certainly fade away and we’d all be better for it.

The other issue was the constant jumping from one set to another. There was very little consistency in the direction of the MV which made it a little difficult to watch. There were so many great moments in the MV that got lost because the editing promptly cut scenes short and switched to something completely unrelated. The scenes with TVXQ surrounded by floating instruments were both painfully tacky and completely unnecessary. 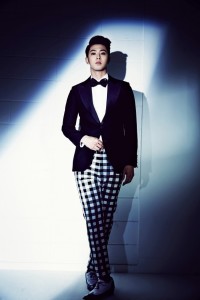 Likewise, the dance break was completely out of place and had a much more metallic and modern feel than the rest of the MV, which was full of antique sets and warm colors. It pains me to have to complain about a dance break, especially one as excellently executed on a technical level as this one, but sometimes breaking up the song and MV like that is not worth the ten seconds of “pizazz.”

Speaking of the dancing, that is one this it is almost impossible for SM to mess up. The choreography in “Something” was unique and entertaining to watch. It fit with the song and the concept of the MV without becoming the only focus. The chorography with the ropes and chord-mics was particularly intriguing – as dances tend to be when you add props. Using the ropes both as a sort of interactive support and as giant bass strings was ingenious and probably the best thing about this MV.

There were also some small details that made the MV enjoyable to watch. For long-time fans, there were nods to TVXQ’s 10th anniversary on the floor as a giant X, and printed on the newspaper flying through the air. The backup dancers did an excellent job of conveying emotion through their dancing without drawing the spotlight away from Yunho and Changmin, and the costuming was a perfect mix between mature and dandy. 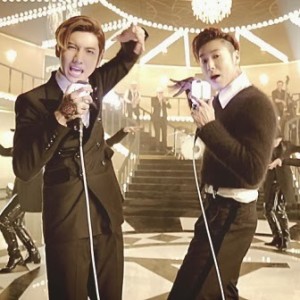 During the moments when all of these aspects come together and the duo was dancing together in one of the more concept appropriate sets, it was a truly enjoyable MV; too bad those moments were so few.

Despite having an excellent song and unique concept to work with, the direction of this MV still fell short of stunning. “Something” isn’t a big enough change in MV format from “Humanoids” to save the final product from feeling segmented, choppy, and incoherent story-wise. Although there were many good elements in the MV, trying to do too much variation was ultimately the downfall of the whole thing. If they had stuck with a couple of sets – preferably the grand staircase and parking lot — and left out the confusing scenes with the ladies in the wall, it would have been a much better MV. Sometimes, it doesn’t matter how fabulous the performer is, they still can’t save a poor product. Overall rating 2.5/5