With the news of Woolim Entertainment merging with SM Entertainment‘s subsidiary SM C&C, many fans have anticipated the changes and integration of Woolim’s artists into the SMTOWN line-up. It started with small things, such as Infinite‘s inclusion in the SMTOWN calendar and duo Tasty‘s stages at SMTOWN concerts. But now SM C&C has finally made a big announcement that solidifies the reality of this merger: Shinee‘s Key and Infinite‘s Woohyun will be forming a sub-unit. 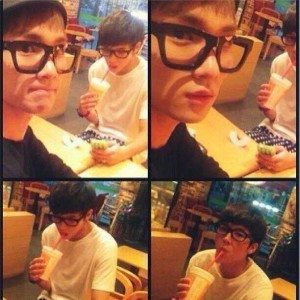 Yes, two members of ’91-line are going to hit the stage together — and it’s going to be glorious, at least in this writer’s opinion. Considering Key’s supposed stagnation in his group and Infinite’s up-and-up movement and popularity, this might be a breath of fresh air for both idols, giving them space to relax, have fun and approach their music from a new angle.

The duo will debut in their yet-to-be-named sub-unit sometime between February and April. They’re currently recording and plan to release music with a style different from their respective groups. With such a vague announcement, this was clearly to build hype around the duo who are already well-known for being such close friends.

This also leaves much room for speculation. Will they do a flashy and fun dance number? Will they go a more serious route with a ballad? Or will they do something totally unexpected? It’s hard to say, especially since this announcement alone was already a surprise.

What do you think, readers? Are you excited for this sub-unit?