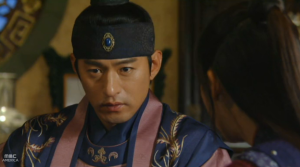 While I recently raved over Empress Ki’s first few episodes, Episodes 11-20 have begun to show the wear of a 50-episode order. That is not to say that they were bad, just that more flaws appeared than had been apparent in the first ten episodes.

At least, however, Empress Ki regained some of its initial pacing and ended Episode 20 with an exciting cliffhanger. I was actually unprepared for how tense Episode 20 was; after several episodes with slower plots, Episode 20 ramped up the pace and revealed the unexpected survival of Yeon Chul.

I did not expect him to survive namely because he was becoming a boring villain. Yeon Chul has been the only real obstacle for our two kings but his presence as the almighty villain has gotten old. At this point, it’d be interesting to see the Emperor deal with other scheming members of his court or politically battle with Wang Yoo. Of course, Yeon Chul’s survival also brings more complications into the mix so perhaps it might be too early to be disappointed about this plot twist just yet.

Speaking of the Emperor, why in the world is he illiterate? For someone of his standing, it does not make sense that he has never learned to read. At first I thought he might have had a learning disability, but that doesn’t seem to be the case. 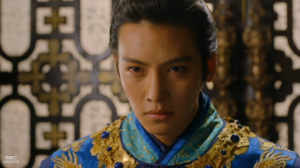 Furthermore, a few episodes ago he said that he would begin to learn to read and yet nothing has happened. This seems to be a common occurrence with Ta Hwan. He had even said before that he wanted to go against Yeon Chul but Episode 20 is the first time he has done so.

This is one of the drawbacks of a 50-episode drama — it allows a story to be told in depth but also allows a story to be dragged out. Emperor Huizong began as my favorite character but his lack of development now has  me losing interest fast. Also, his obsession over Seung-nyang is frustrating and I truly wish he would exhibit more personal growth. Hopefully the revival of Yeon Chul might force him to do so although I’m a bit skeptic.

Seung-nyang was also difficult to watch because the majority of these episodes stripped her of her agency. Her attending to the emperor was not only boring but unfitting of her character. Seung-nyang is used to being in charge and working to accomplish something, not washing someone’s face. 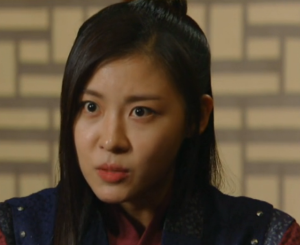 I’d like to take a moment to talk a bit more about Seung-nyang’s agency because it mirrors a common occurrence in shows where a woman dresses up as a man. Often in shows that feature this element, the woman is heralded when she dresses up like a man. She is portrayed as strong and even “better” than regular girls for taking on a traditionally male role.

Yet the second they are found out, these women have femininity imposed on them even when they themselves haven’t changed. This is demonstrated in Empress Ki when Wang Yoo tells Seung-nyang that he doesn’t want her to help because he can’t bear to see her hurt. While that is a completely valid feeling for him, it also ignores Seung-nyang’s wishes.

Seung-nyang wants to help. She is not used to sitting around on the sideline. In fact, that’s partly what attracted Wang Yoo to Seung-nyang. I find it interesting that the things Wang Yoo valued Seung-nyang for become unacceptable the moment Seung-nyang is determined to be a woman. So even though Seung-nyang herself hasn’t changed, Wang Yoo’s perception of her did and he started forcing his own wishes upon her.

Of course, this is by no means limited to Korean dramas. It occurs in Western media as well and is something to think about the next time you watch a show with a cross dressing character. 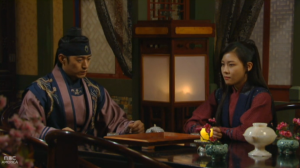 Thankfully, Wang Yoo came to his senses and allowed Seung-nyang to be a part of his posse. Seung-nyang taking a more active role was much welcomed and it should speed up the pace a bit too.

I also wish the Empress was given more to do; she and the Empress Dowager are sorely underutilized. While their regally catty scenes together are entertaining, I’d like to see them take on larger roles in the palace. Empress Dowager, at least, is active, making deals and power plays, but the Empress has been relegated to a side plot with a crush on Wang Yoo.

It stems, of course, from her disillusionment with the Emperor but she was introduced as such a fresh, headstrong character and I feel like the character has been losing those traits. She’s proven to be smart before so let’s give her a chance to use her brainpower.

Lastly, I’m curious as to how no one in the palace got the plague. The rats were taken from the Koryo village where the plague has been running rampant so how did the palace escape that when the rats were brought to the palace? 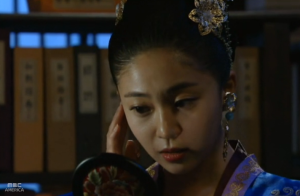 I’m bothered by this not because of the medical inaccuracy but because it could have been a potential story arc. Imagine Yeon Chul (and the Emperor) having to deal with the plague running through the palace! Disease is one of the few things Yeon Chul cannot intimidate so it would be fun to see him powerless.

Episodes 11-20 dragged a bit in the middle but the latter episodes began to pick up the pace and raise the stakes. This should keep the drama interesting and hopefully the return of an active Seung-nyang will recapture the spark of the first ten episodes. We’re one-third of the way through the drama and I can’t wait to see what happens next!

What stood out most to you among these episodes?  Which character deserves more screen time?